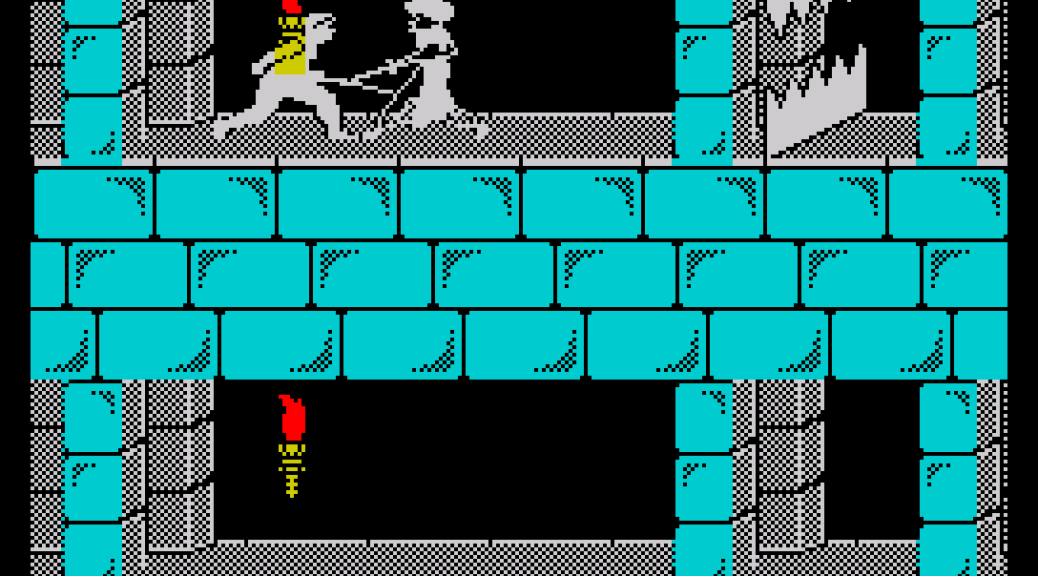 Since I’ve included one ‘unofficial’ port in our Prince of Persia Special (the Commodore 64 version), I’ve also got to include this 1996 ZX Spectrum conversion by Nicodim (because it’s so good).

The Russian coder has done a remarkable job of converting Prince of Persia to the Spectrum and the game conforms to all the important PoP rules (like: not falling off the edge of a ledge if moving carefully towards it). The levels are authentic (with the odd subtle change here and there); the graphics are excellent with good use of colour; and the sword fighting requires some skill and isn’t a walk-over, which is good.

On the downside: the game does slow down quite a bit when there’s a lot going on on-screen, and also the controls don’t seem responsive enough when you need to make a succession of quick jumps. Plus: there are the odd bugs (I fell two screens in height and landed on my feet with no health loss on more than one occasion), but nothing that really badly dents playability.

Prince of Persia on the Spectrum requires a 128K machine to run, but it’s well worth finding and playing – especially as it’s free to download and play. 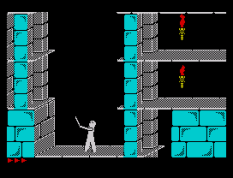 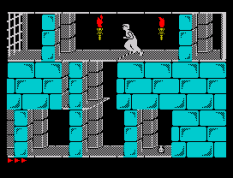 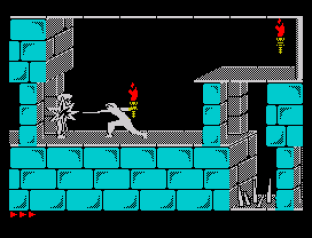 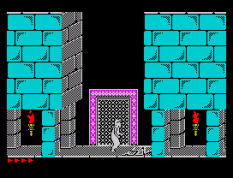 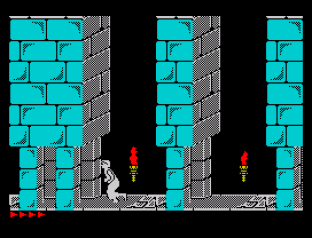 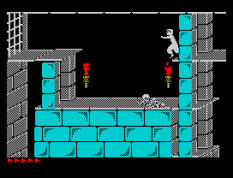 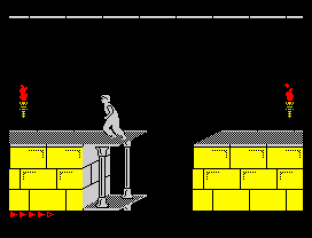 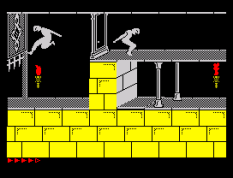 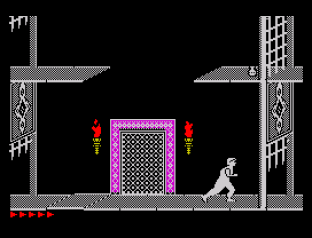 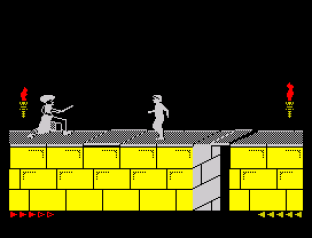 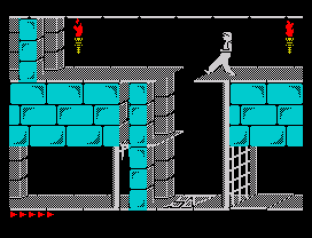