This console conversion of Raffaele Cecco‘s Cybernoid was released by Acclaim Entertainment in 1989.

It is just as difficult and frustrating as the original, if not more so.

The key to success, however, in not in just blasting away – you really have to select the correct weapon for the right “job” on most screens, plus you have to have good reflexes to avoid the damn rockets. Move into the path of a rocket pod and it fires, so you have to react immediately to avoid it, or die.

Actually, dying is a regular occurrence in Cybernoid, so get used to it (or use pokes).

The explosions aren’t as good as in the Spectrum original, and it isn’t as colourful either, but it still plays solidly. 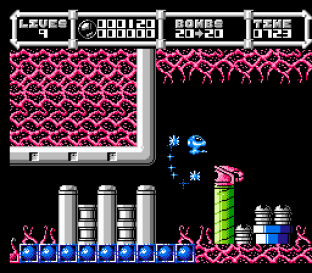 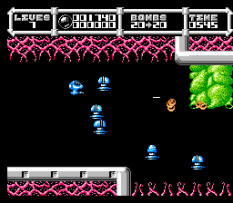 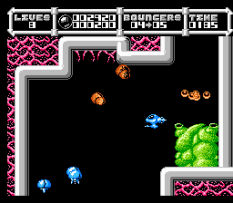 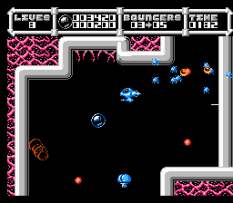 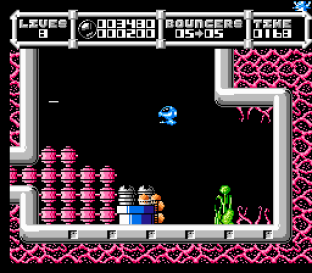 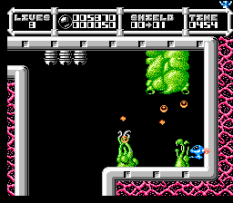 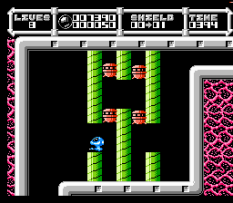 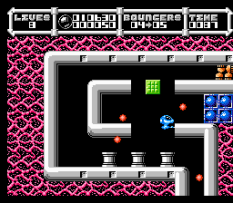 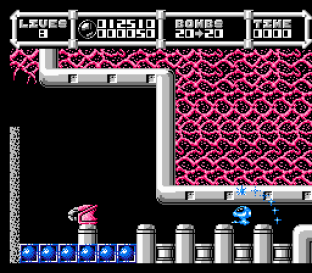