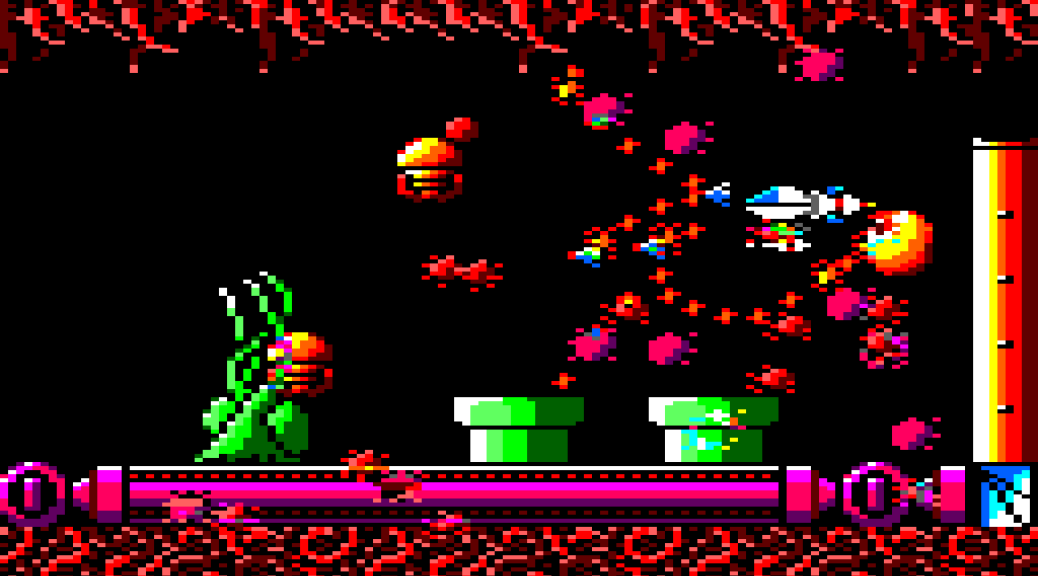 Chunky visuals and a smaller play window make the Amstrad version of Cybernoid look decided untidy next to the Spectrum original.

Still, the game plays well and is just as challenging as the Speccy version, so no real complaints overall. Like the Commodore 64 version, Amstrad Cybernoid has a reasonable tune playing underneath the action, although it is quite short and repeats itself without being too annoying. It can be switched off in favour of sound effects. 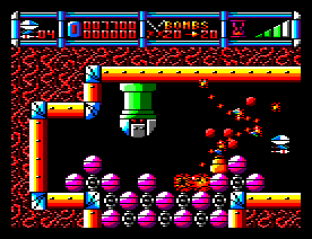 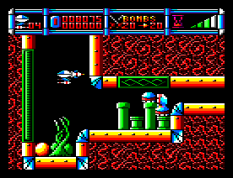 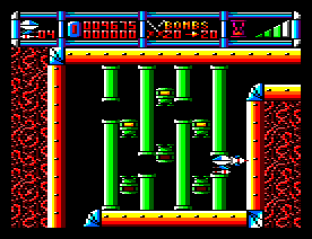 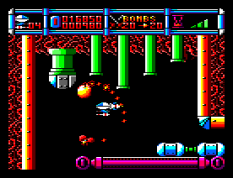 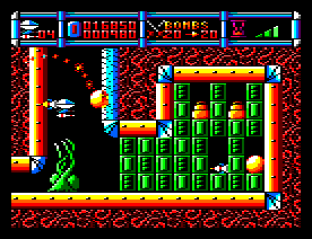 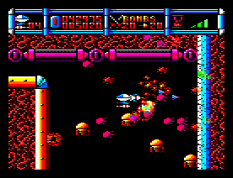