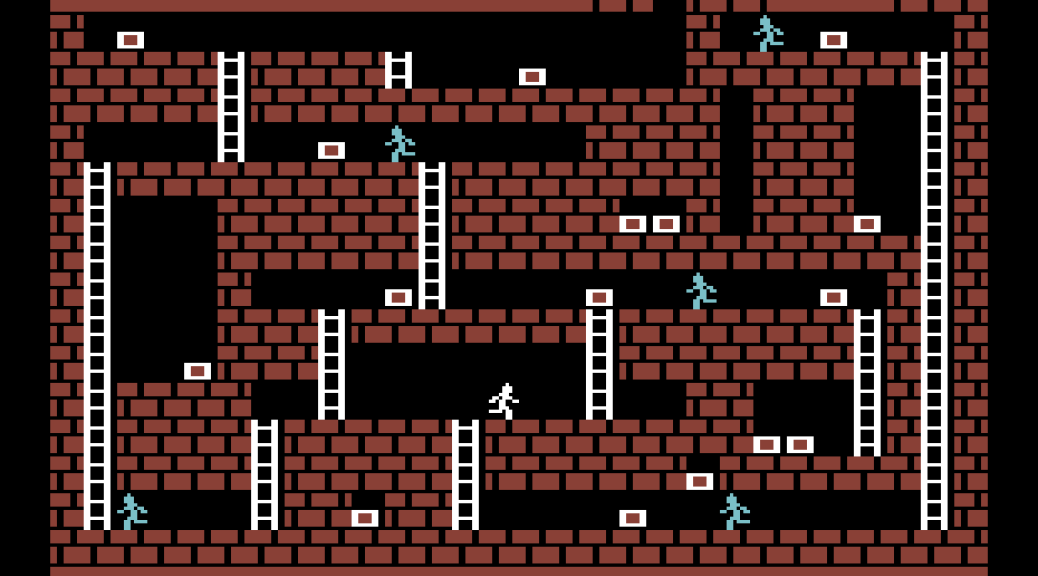 The Commodore 64 conversion of Lode Runner was a member of the original Broderbund releases of 1983 , with designer Doug Smith being ably assisted by Dane Bigham in this instance.

Gameplay is identical to the original – run around; dodge the bad guys; pick up the gold and escape the level.

Graphically the C64 version is the same as the red-bricked Spectrum and BBC Micro versions. Basically: classic Lode Runner.

Nothing much else to say other than: C64 Lode Runner is definitely a great game. 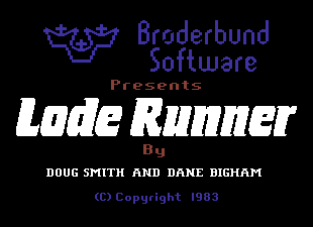 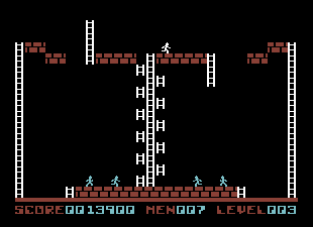 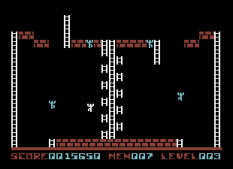 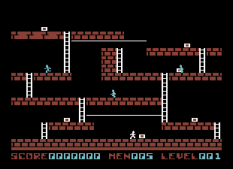 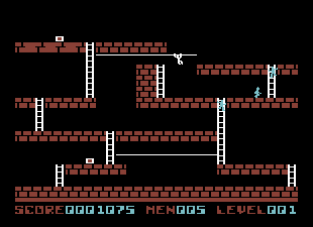 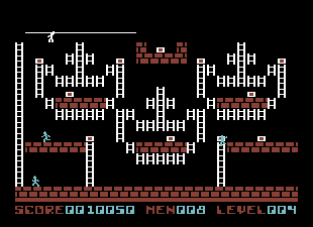 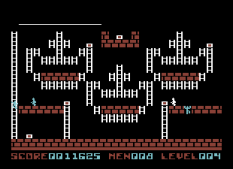 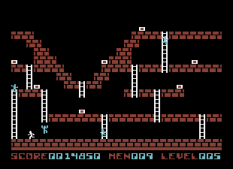 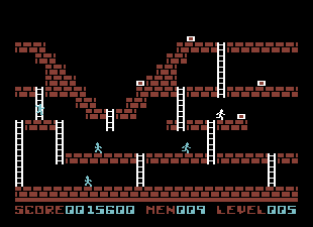