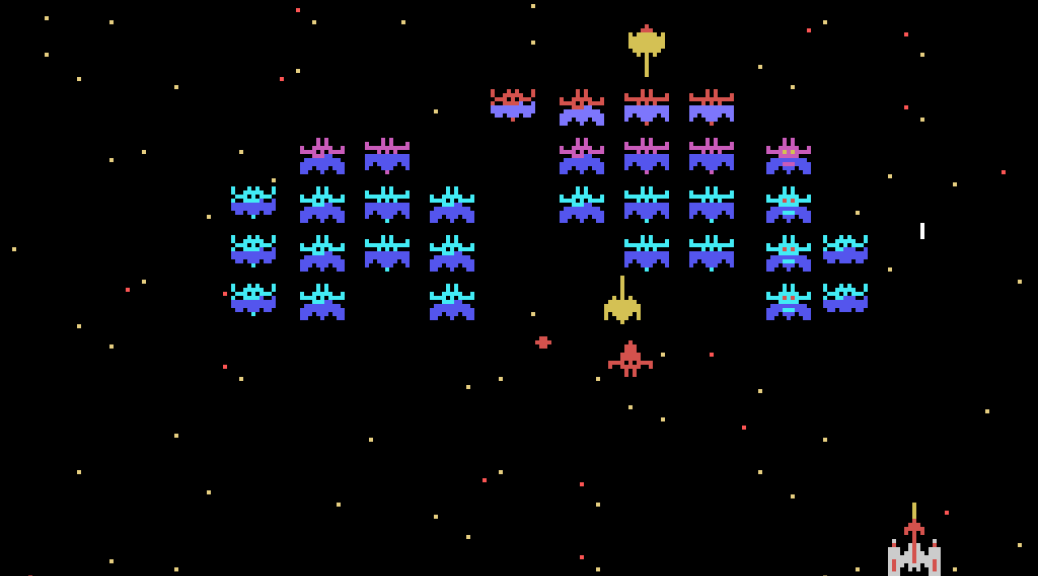 The Galaxian conversion for the ColecoVision was first released in 1984 by Atarisoft, and it is a decent port of the classic 1979 arcade game from Namco. A secret message in the game credits James D. Eisenstein for writing the graphics and program (he also dedicates the game to his then wife/girlfriend, Jeneane).

The game can be played by one or two players at three difficulty levels (Novice, Intermediate, and Advanced), and contains all the authentic sound effects from the arcade game. As the difficulty level increases, the frequency of swooping aliens, and bullets, also increases. The number of red flags in the bottom right-hand corner indicates said difficulty (the more red flags: the harder the game).

Graphically, ColecoVision Galaxian is not quite as colourful as the arcade original, but it’s not far off. The twinkling starry background and all the sprites look and act authentically, though, and nothing flickers or slows down at all. Overall, Mr. Eisenstein did a very good job of porting this arcade classic to the ColecoVision, and the game is still worth playing today (even though it is of course very limited). 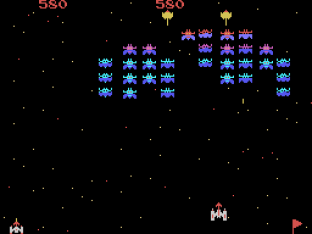 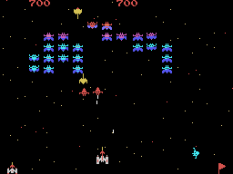 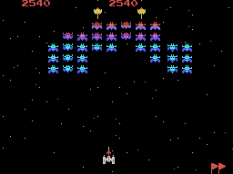 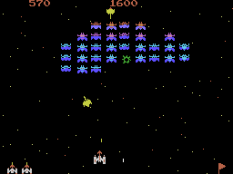 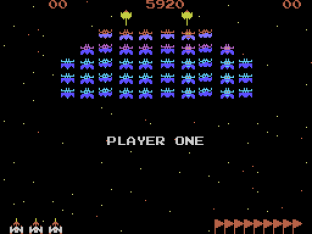 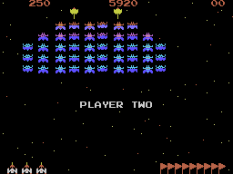