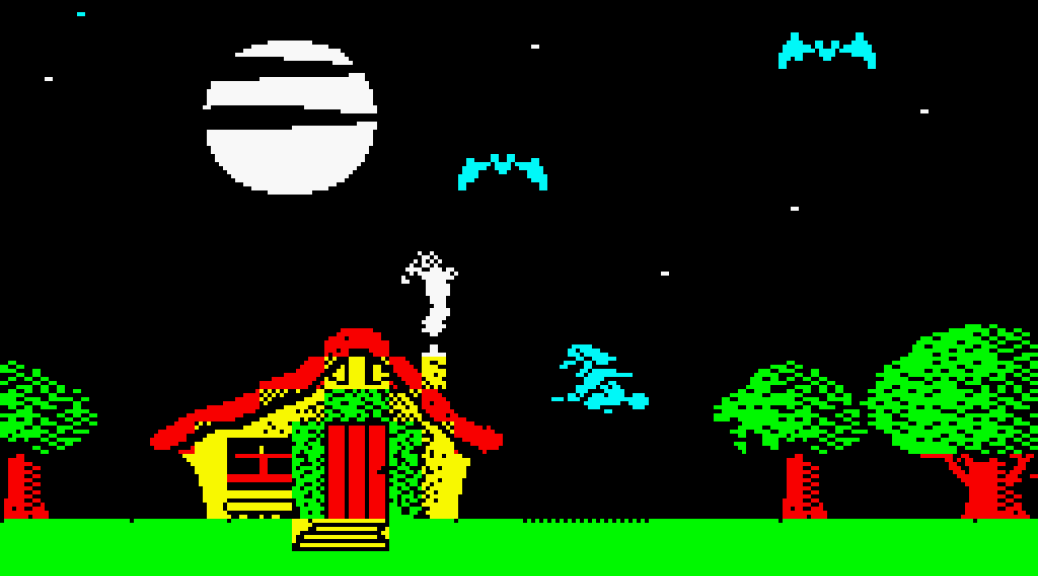 Palace Software‘s 1985 release, Cauldron, is a conversion of the Commodore 64 original, where you play as a witch who is on a quest to become the “Witch Queen” by defeating her opponent, “The Pumpking”.

The game features broomstick-riding shoot ’em up sections that lead to underground platform levels which are accessed by obtaining coloured keys that open the same colour doors on burial mounds. The witch flies either left or right, looking for the keys while firing spells at bats, ghosts, and other enemies that are trying to deplete her magic. Shooting spells at enemies also reduces her overall magic percentage, so it’s best to avoid them if possible. If her magic reaches zero she loses one of her eight lives (shown as broomsticks under the word “hags”), and if she loses all eight lives it’s game over.

Once the witch gains access to the underground levels she must then jump from platform to platform to reach the end of the level to collect an ingredient needed for her potion to defeat The Pumpking. In total, six ingredients are needed, and each one must be taken back to her cottage individually, to be thrown into her cauldron to mix the potion to beat the game.

The chances of the witch succeeding are pretty slim, because Cauldron is a very difficult game to survive in. Critics at the time of its release liked Cauldron, but did point to its difficulty as being off-putting.

The Spectrum version doesn’t have the smooth scrolling of the C64 version (the shoot ’em up sections feature ‘push’ scrolling instead), and the sprites are very flickery and display quite a lot of colour clash.

Cauldron is an attractive-looking game, but it is frustrating to play without cheats. With the right poke (in the right place) the game becomes a bit more manageable, but still not that easy to beat.

One thing to note is that Palace Software‘s unreleased Spectrum game, The Evil Dead, was given away free on the b-side of the cassette of this game. Probably because they knew that no sane person would pay money for it.

A sequel to this game, called Cauldron II: The Pumpkin Strikes Back, was released the following year, in 1986. 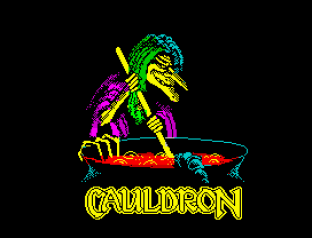 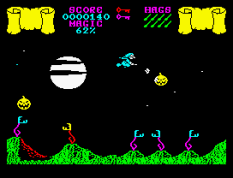 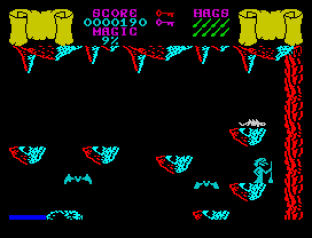 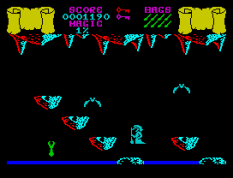 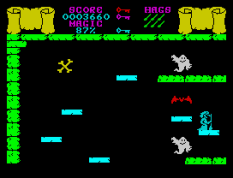 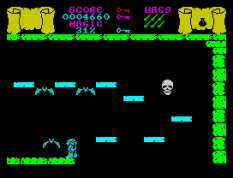 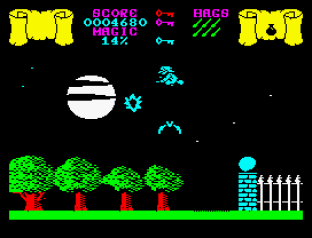 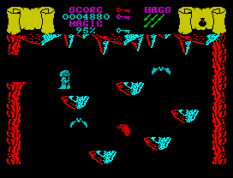 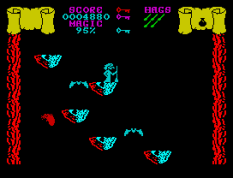 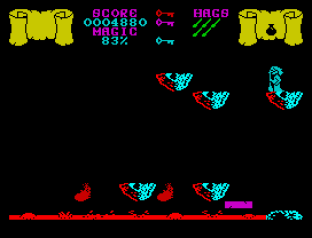 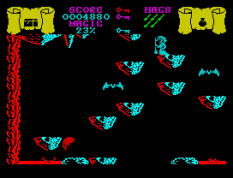 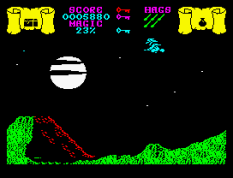 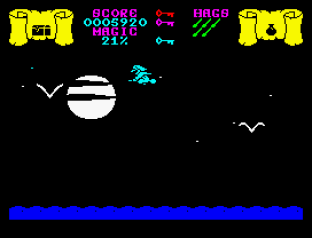