Mindroll is a 16-bit conversion of Stavros Fasoulas‘ classic Commodore 64 ball-rolling maze game, Quedex. It was converted by Silent Software and published in North America for the Amiga and PC by Epyx in 1990. As far as I know it wasn’t released in the UK or Europe, which is strange considering that the game originated there.

Just like the 8-bit original: the aim in Mindroll is to race through a series of mazes (called ‘planes’), each with a variety of puzzles, traps and unique conundrums to solve, which must be completed against the clock. If you run out of “units” (an ambiguous mixture of time and energy) then you’ll fail the level and will be returned to the main menu screen.

Graphically, Mindroll isn’t particularly great, but it’s adequate, and the music in the game – in my opinion – is awful. But the gameplay is what counts and that is pretty good, like in the original. Personally, I prefer the original C64 version to this, but I’m sure that some people will like Mindroll because it’s playable, challenging and will appeal to those who like puzzle games that require dexterity to master. 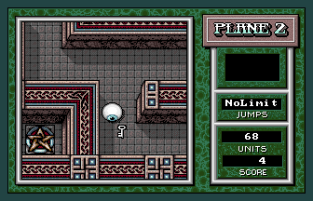 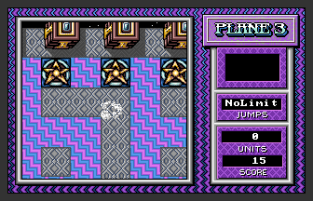 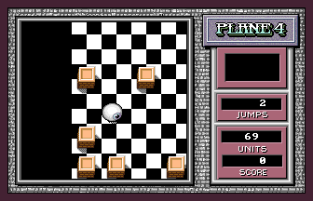 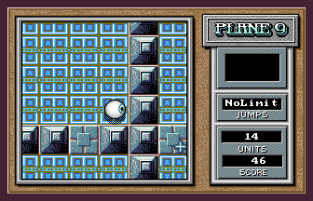 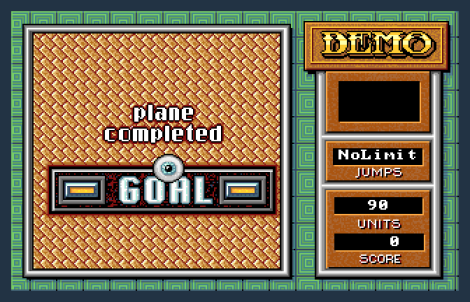