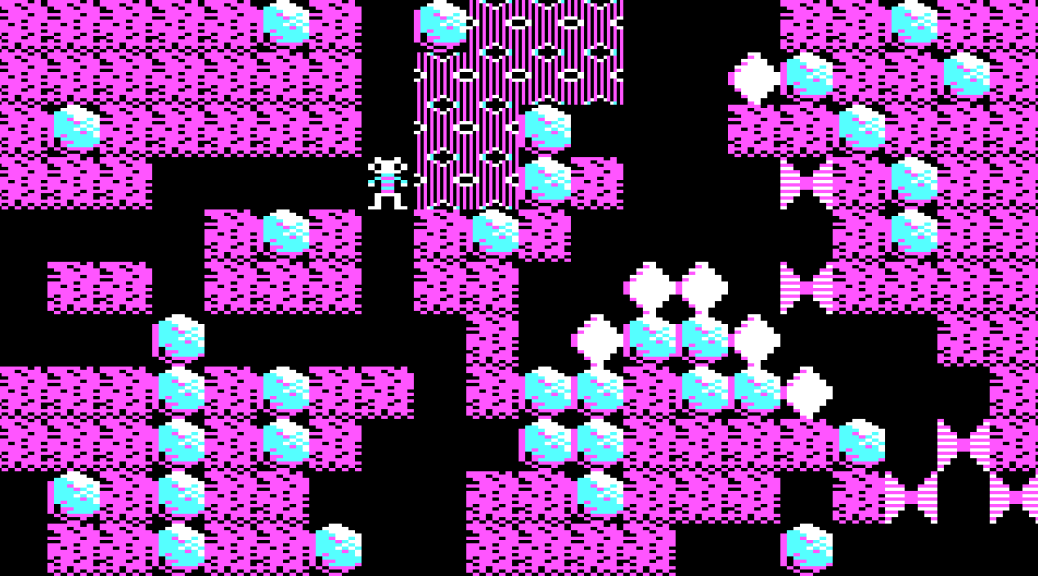 The MS-DOS version of Boulder Dash uses CGA graphics, so doesn’t look the best, but – like the Apple II version – the lack of colour doesn’t affect the gameplay at all. In fact: just four colours seems to suit it well; if those colours are used a certain way.

The controls are responsive and the 16 classic levels are all present, correct and authentic. Which is all you can hope for in a conversion like this.

Reliable details about this conversion are scarce, but looking at scans of the packaging: MS-DOS Boulder Dash was distributed by Prism Leisure and it looks like it was programmed by Peter Liepa himself. A reliable release date is also sketchy, but it may have first come out for the PC in 1986.

All in all, the MS-DOS conversion is not bad at all. It’s a pity there isn’t an official VGA version of the game, but Boulder Dash‘s release was so early in the PC‘s lifespan that that wouldn’t have been possible at the time. There is a DOS remake of the game, but it isn’t very good to be honest (in fact: it’s so horrendously bad that I’m not going to even cover it on this website).

One thought on “Boulder Dash, PC”