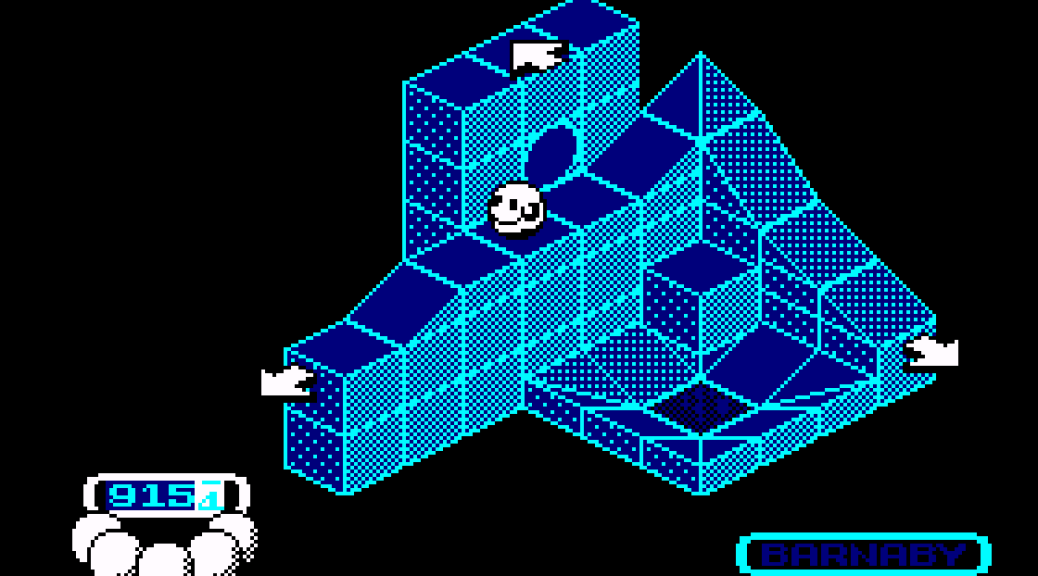 Robert and Trevor Figgins‘ isometric action/puzzle game, Bobby Bearing, originated on the ZX Spectrum but is arguably slightly better on the Amstrad CPC.

The game features the titular character, Bobby, who is a smiling ball bearing who can roll around, fit through holes, push things, and… erm, not much else. He does have character, though.

The aim of the game is to rescue Bobby Bearing‘s four lost brothers and his cousin (making five rescues in total), by exploring an isometric landscape and by solving simple physics-based puzzles. Bobby‘s relatives must be rescued within a strict time limit and every time Bobby dies or is stunned – by falling off the edge of the landscape or being squashed by something falling onto him – he loses some time and his quest becomes even more pressing.

Bobby can also become trapped in certain circumstances, and if that happens the player can press the letter ‘Q’ to reset the screen, but this also incurs a time penalty.

Bobby Bearing was published by The Edge in 1986 and was a critical hit at the time of release. It’s a fairly tough game, but if you know what you’re doing it can be a lot of fun. The Amstrad version benefits from a different-coloured Bobby Bearing, which distinguishes him from the backgrounds, which is different to the Spectrum version. Otherwise it’s pretty much the same game. 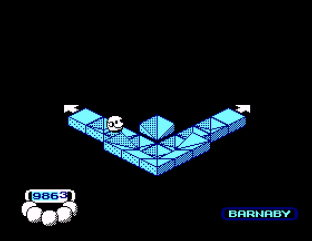 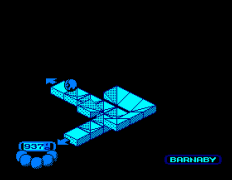 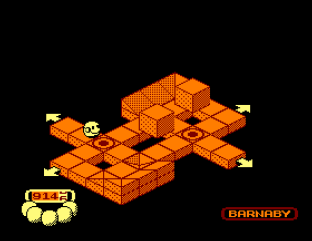 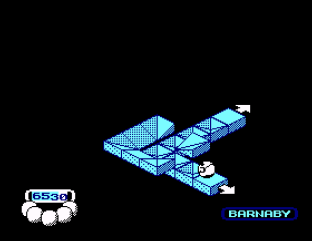 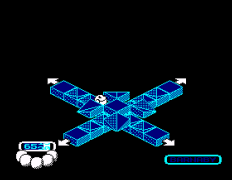 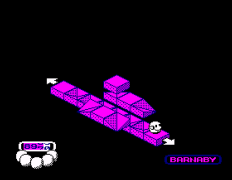