Gradius – also known as Nemesis in some regions – was one of the first progressive weapons shooters to come out in arcades, and it was a big hit in 1985 when it was first released.

This led to the game being converted to many home computer systems, including the MSX, which was programmed by Konami themselves. So the game is unsurprisingly very good; very authentic, and with graphics and gameplay that push the MSX quite hard (I wouldn’t say “to its limits”, because I’m not a marketing a-hole, but it does push first-generation MSXes a fair degree).

Gradius came on a 128KB ROM cartridge and features all the levels from its famous arcade parent, and it was successful enough to spawn a number of exclusive MSX sequels, including Gradius 2, and Nemesis 3: The Eve of Destruction (aka Gopher’s Ambition Episode II). Together, all three represent the pinnacle of ‘bullet hell’ shooters on the more-than-capable MSX range of computers. 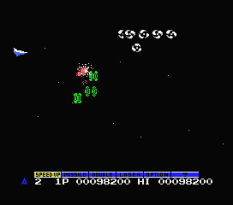 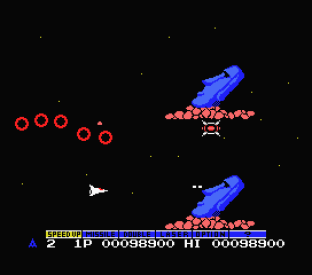 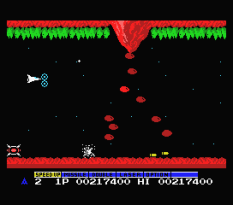 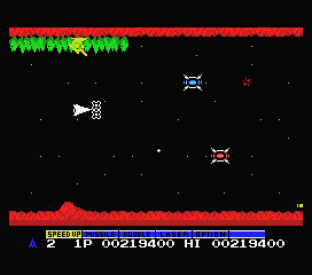 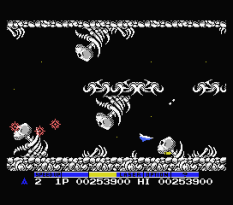 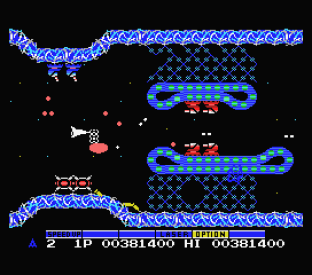 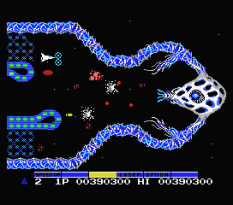