Developed by Game Design Sweden AB, Kula World is an impressive ball-rolling puzzle game where you must roll around 3D mazes that are floating high above the ground and collect keys to unlock the exit.

The ball you control can defy gravity and roll between surfaces – as long as they are connected at junctions without any obstructions – and it can also jump a short distance, which is needed to reach parts of the maze that are not connected. There are spike traps that will burst the ball if it touches them, pills that make your view go weird, and other hazards that must be avoided at all costs. If you burst the ball or fall off the maze you’ll be deducted points, so it pays to be careful. There are also items to collect that award bonus points, and fruit that you collect to unlock bonus stages.

The earlier levels are of course quite easy, and get gradually more difficult as you progress. Your biggest enemy is the timer, which is shown as an egg-timer/hourglass/sand timer at the top of the screen, although the time you have available can be increased by collecting any egg-timers found in the maze. These don’t simply add more time, though, but flip the egg-timer over, so that any sand in the bottom then starts draining from the top. This is an important concept to wrap your head around – you should avoid picking up egg-timers if you have plenty of time left, otherwise you’ll suddenly find yourself running out of time quickly. You can jump over any egg-timers in the maze and return to them later if you need them – if you can remember how to get back to them!

Bonus stages are indicated by the words “bonus” in the bottom corner of the screen, and in these the aim is to activate every block in a level by rolling over them. The bonus stages get more and more complex as the game wears on. In fact: all the levels do. By the third set of levels you’ll be scratching your head trying to figure out a solution.

There’s a two-player mode that comes in two variations: a time trial and a memory game called “copycat”, but unfortunately it doesn’t include split-screen play; they’re both ‘take it in turns’ games.

Kula World is a simple but absorbing game that requires some thought to master. The graphics are bright, colourful and smooth, and the music is serene, giving a chilled far-Eastern ambience to proceedings. The presentation overall is beautiful and the gameplay is clever and well thought-out.

Kula World was first published in 1998 by Sony in Europe and Japan, and Psygnosis in North America. It’s another great PlayStation game that is still worth playing today. 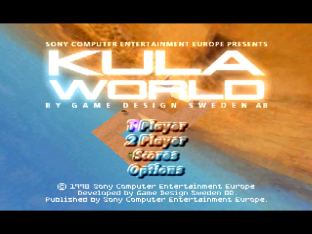 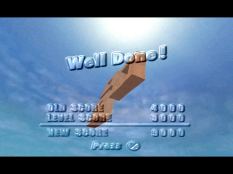 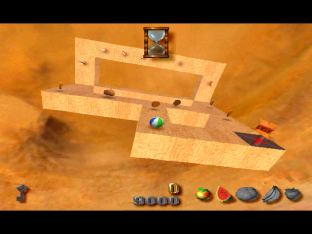 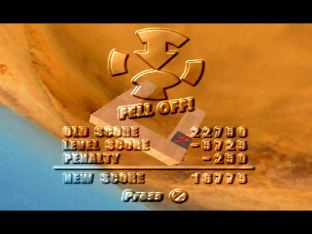 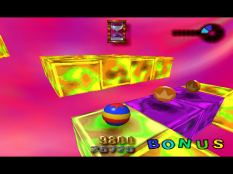 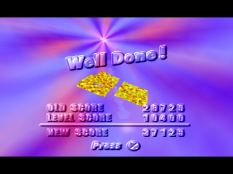 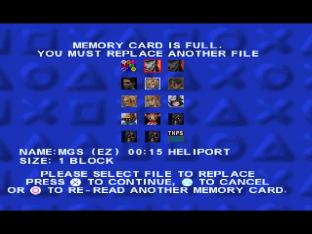 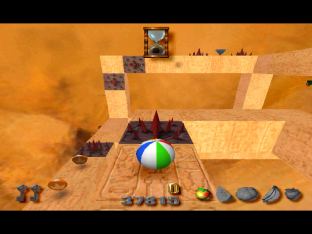 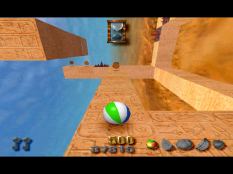 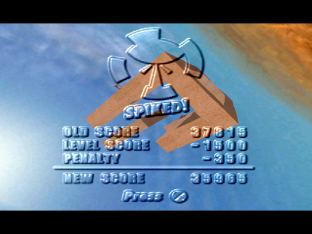 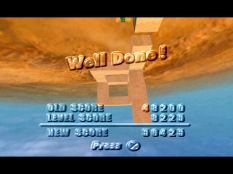 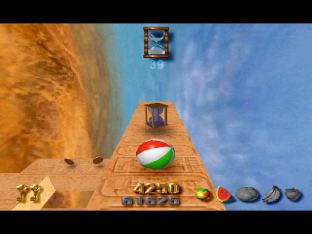 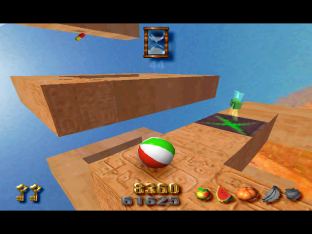 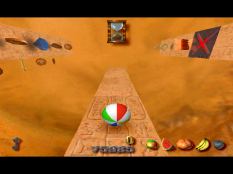 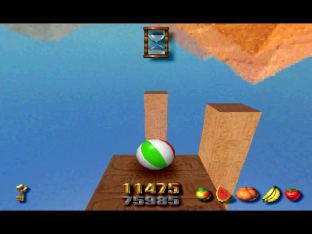 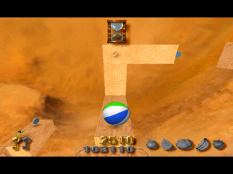 One thought on “Kula World, PlayStation”