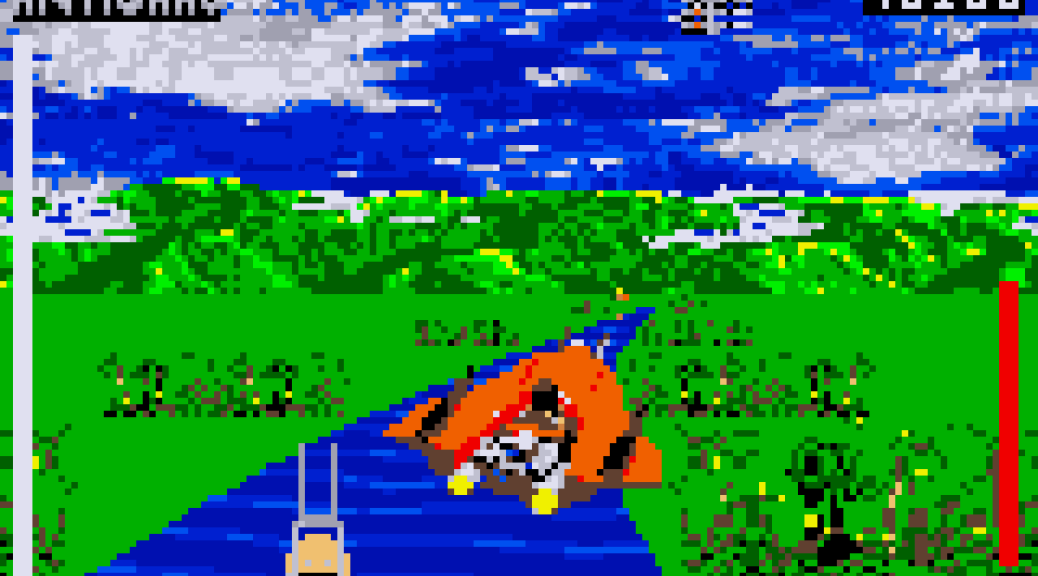 Hydra is a third-person powerboat action game with driving game mechanics and presentation, and it’s fair to say that it is mostly hated by people who play it. It’s not that bad though… It’s actually a conversion of an obscure Atari arcade game from 1990. This conversion was released on the Lynx in 1992.

It’s true that it is very frustrating trying to keep your fuel topped-up in Hydra, which you do by collecting green (or blue) balls that occasionally float on top of the water. Fuel is indicated by the red bar on the right hand side of the screen.

The basic aim of each level is to make it to the end of each stage by reaching the cave at the end, while at the same time collecting the stolen artefact from the black enemy powerboats. You can shoot things that are in front of you and you have a limited number of boost jumps that allow you to collect bonus cash floating in the air, and also skip dangerous patches of waterway. If you do make it to the end of a stage your fuel is re-filled and you must then make it to the next checkpoint. Since the waterways are filled with many crash hazards and bullet-spewing hostiles, this is easier said than done. Make it to the very end of a level (indicated by the beach hut with the bikini-clad girls standing on the deck) and you’ll get bonus points for any extra cash you collected. One little detail I noticed: if you collect some bonus cash the bikini girls will kiss you; if you don’t collect any cash they’ll turn their back on you! The bikini girls being there are bad enough (as sexist bullshit goes), but them turning their back on you if you don’t make any money is something else…

On occasion you’ll get to play various bonus levels where you must collect bags of money hanging from balloons, and these levels feature ramps that launch you into the air to get the higher-up bonuses.

In between levels you get to spend your cash at “Ziggy’s Weapon Shop” on various boat upgrades, increased fuel, better weapons, and even (gasp) anti-gravity! All the anti-gravity does, though, is extend your boost jumps so that they don’t run out. The extra weapons can be very handy, though, as your regular bullets won’t destroy certain hazards, but your six-way shooter (and other special weapons) will.

The game has three modes of play – easy, medium, and hard – and these feature different waterways, graphics, hazards, and devices to collect. The graphical ‘theme’ of each level seems to be randomised, though. Probably to give the impression of variety.

Graphically Hydra is pretty good. The animated river uses sprite scaling to give a reasonable impression of speed, which works quite well. Gameplay-wise: Hydra is hectic and challenging and reasonable fun to play for a while. Most people get pissed off at running out of fuel, and the key to prolonging your game is to always collect the green spheres that give you more fuel. Driving by any fuel pickups will mostly always knack you up, so try not to miss any. 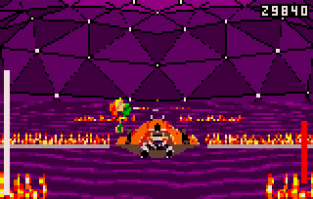 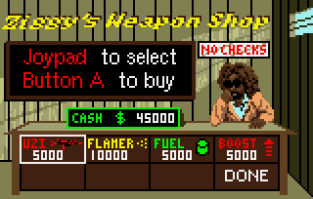 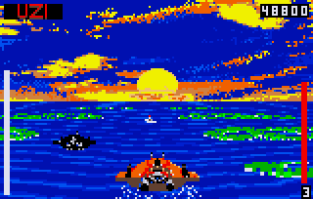 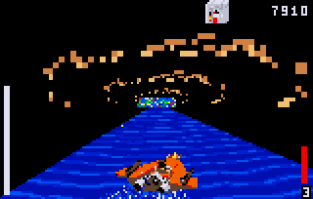 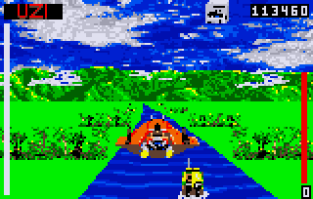