You have three lives and must pit your skills against the computer and the clock. Failure to qualify in any of the events will forfeit a life.

According to the late programmer, Jonathan Smith, the game was made very quickly and uses recycled Hyper Sports code on every event bar the slalom. In fact: you can tell from the style of animation (and from the sound effects) that this game has close ties to Hyper Sports on the Spectrum. They have a similar look and feel.

In spite of the game being rushed, it’s still fun to play now if you like button-bashing sports games. 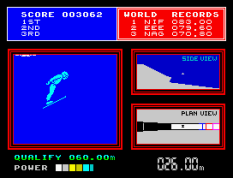 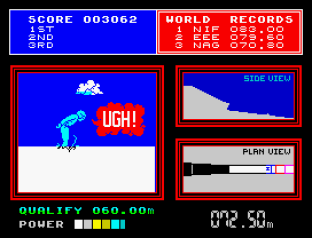 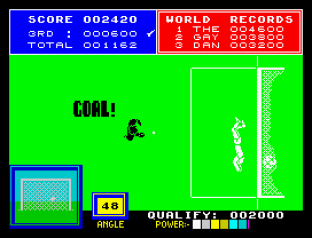 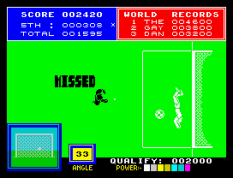 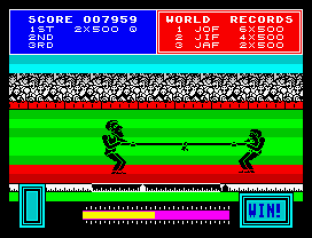 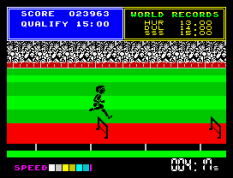 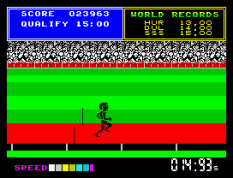 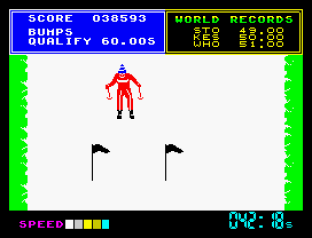 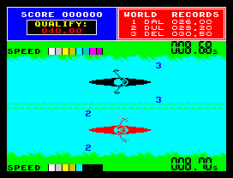 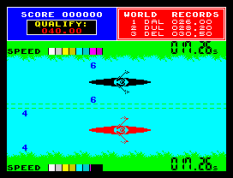 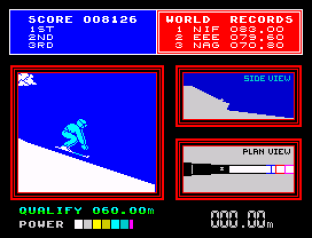 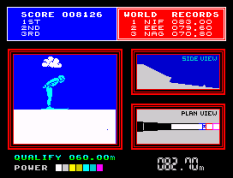 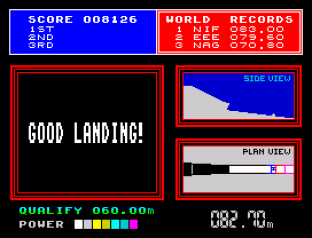 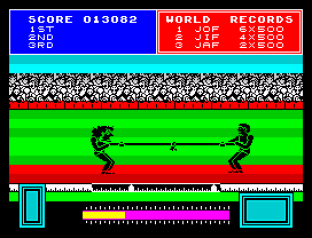 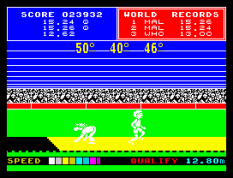 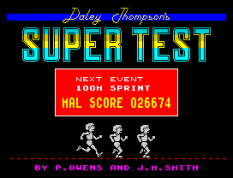 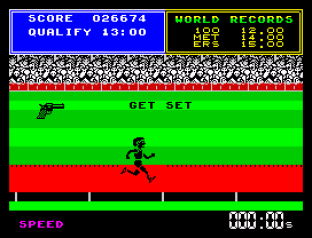 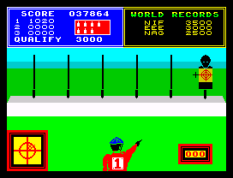 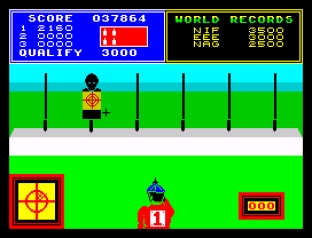 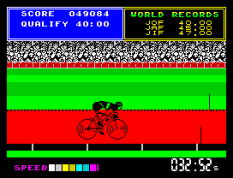 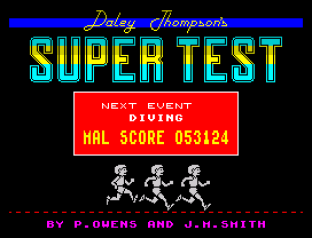 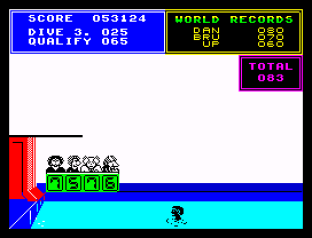