Daley Thompson’s Decathlon, developed and published by Ocean for the ZX Spectrum in 1984, was possibly the first home computer game to feature a celebrity, and a person of colour, as the star of the game – at least in the UK anyway.

If you don’t know: Daley Thompson is a British Olympic decathlon star, and was a gold medal winner at the 1980 Moscow and 1984 Los Angeles Olympics, and as such was a household name in the UK back when this game was released in 1984. Younger readers might not know who Daley Thompson is, but they really should. Thompson is a legend and has been described as the greatest all-round athlete the world has ever seen. Look him up on YouTube if you want to see his Olympic achievements.

Anyway, Daley Thompson’s Decathlon features ten events, spread over two days – just like a real decathlon – and the aim of the game is to compete in each event and meet a qualifying standard that will allow you to play the next event. Make it through all ten events and your points tally will then be totted-up and maybe win you a medal… a digital medal, that is.

An unfortunate side effect of the Spectrum‘s colour palette limitations saw the Daley Thompson character in the game being ‘whitewashed’. That is: made white instead of black, but that was more down to the fact that it was necessary to make the Daley character stand out against the background. While there wasn’t an outcry about it at the time (these were much simpler times back then), it was still discussed by schoolkids across the nation (myself being one of them), and most people were accepting of the Spectrum‘s limitations.

Ultimately – as a video game – this was a clone of Konami‘s Track & Field arcade game and it was a reasonably good one for the time. Looking back at it now, Daley Thompson’s Decathlon has aged quite badly, unlike Daley himself, who’s still looking good at 63 (at the time of writing). Mr. Thompson also appeared in a pair of sports-themed sequels, including Daley Thompson’s Supertest (1985) and Daley Thompson’s Olympic Challenge (1988) – both by Ocean and both better than this. 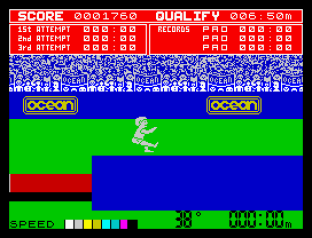 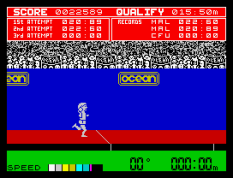 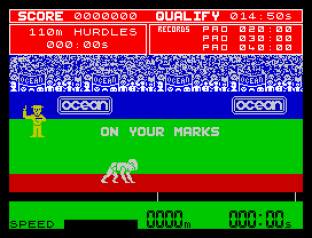 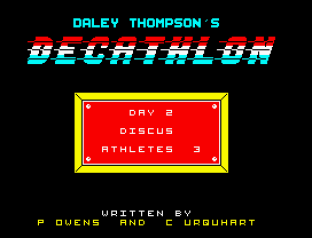 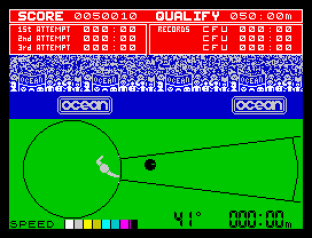 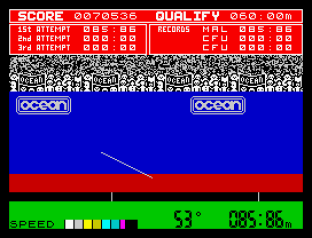 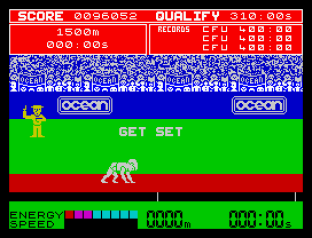 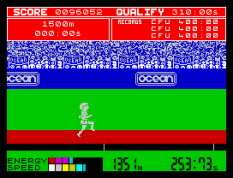