Pac-Mania is the 1987 sequel to the classic Pac-Man, and it is generally very highly-rated by those who’ve played it.

Pac-Man creator Toru Iwatani was involved in Pac-Mania‘s development for Namco, so the game is properly canon, totally authentic, and deviously subtle.

The viewpoint in Pac-Mania is an isometric one, and the maze graphics change depending on the level you’re playing. You can choose to start the game from round one, two, or four.

One big new addition to this game is the ability to have Pac-Man jump. He can jump over ghosts and power pills, which really adds another dimension to the game. In fact it does more than that – it makes Pac-Mania unique and hugely fun to play.

Pac-Mania was licensed to Atari Games in North America after Namco‘s previous licensing partner, Bally Midway, lost the contract. It was also converted to most home computer systems of the early ’90s and remains popular to this day. 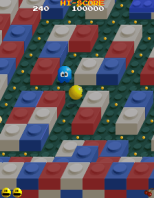 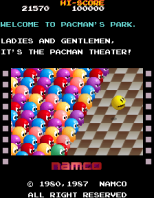 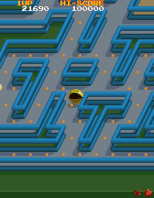 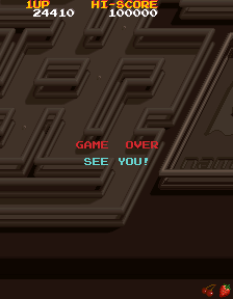 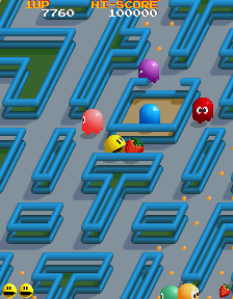 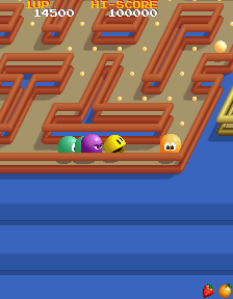 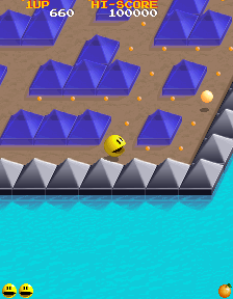 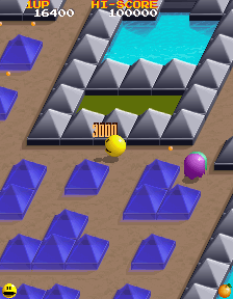