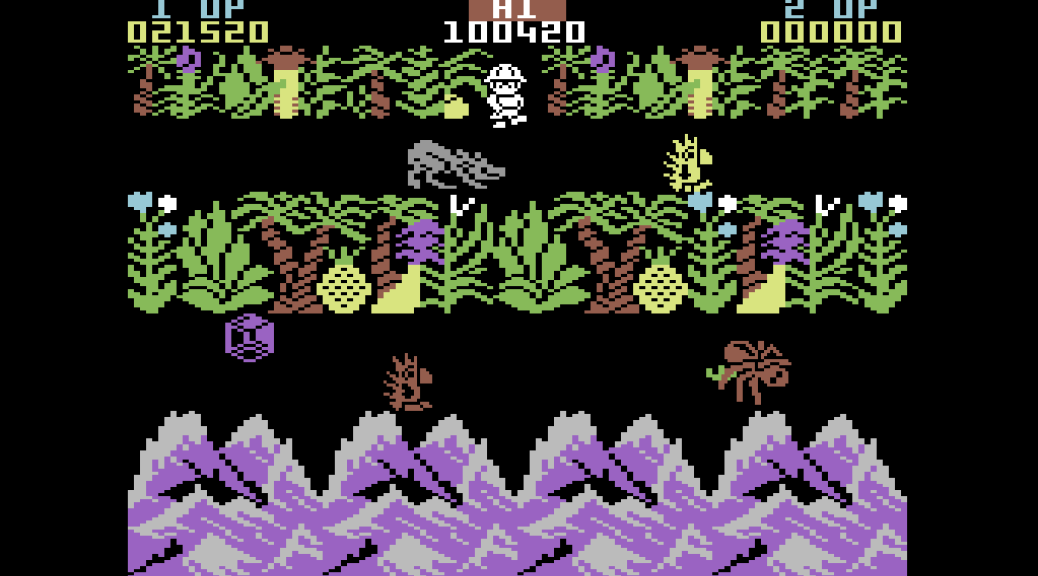 The Commodore 64 version of Ultimate‘s classic Sabre Wulf was made by Greg Duddle of Mr. Micro for Firebird Software, who published the game in 1985.

Graphically, it’s a mix of the chunkiness of the BBC and Amstrad versions, and the “high definition” (ha!) of the original Spectrum version. It’s a pleasing mix anyway, and there’s none of the graphical flicker or colour clash that blights other versions.

Gameplay-wise: it’s the same as the original and there don’t seem to be any problems with control or collision detection. That said: some enemies seem to spawn in places where they don’t in the original, which makes the game slightly more difficult. C64 Sabre Wulf also plays quite fast, which makes it fairly challenging. 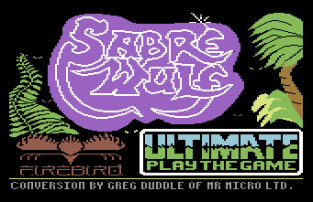 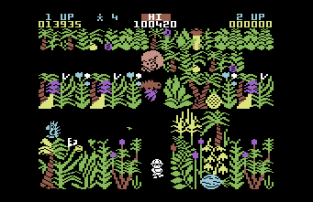 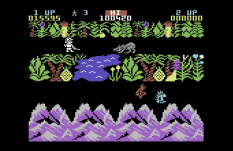 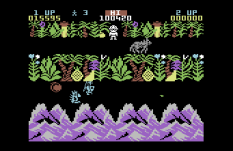 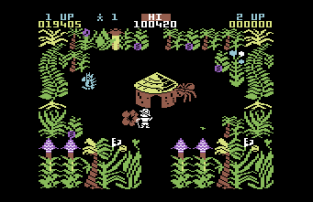 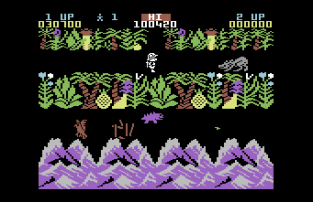 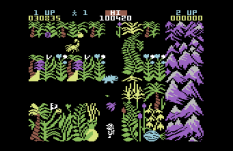 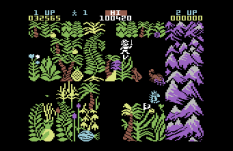 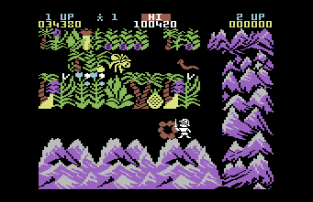 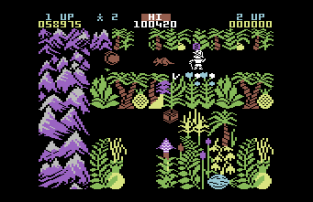 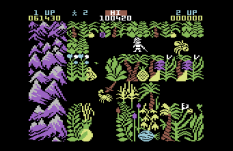 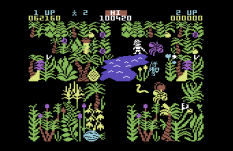 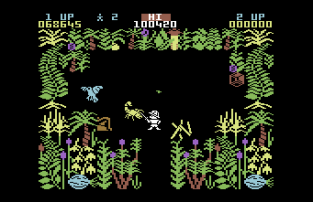 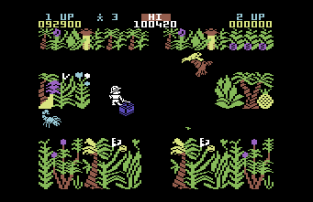 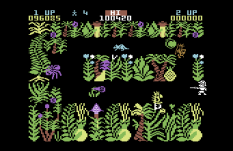 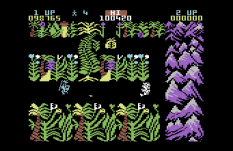 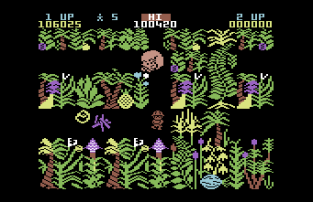 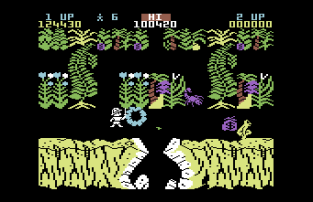 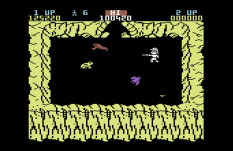 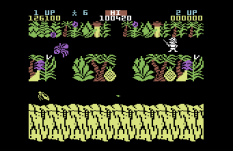 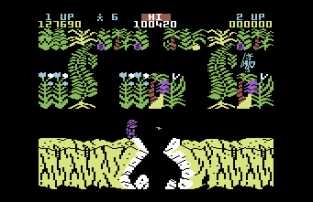 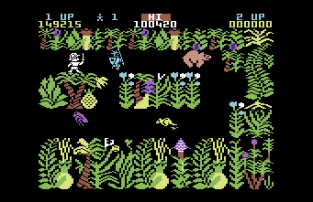 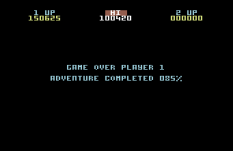 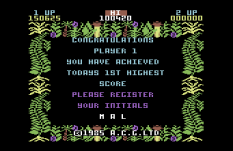 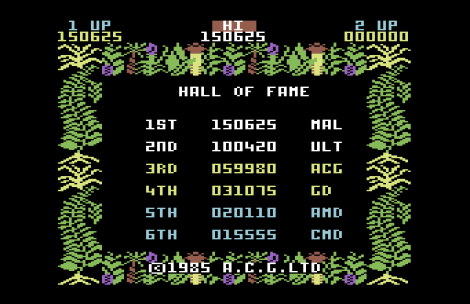