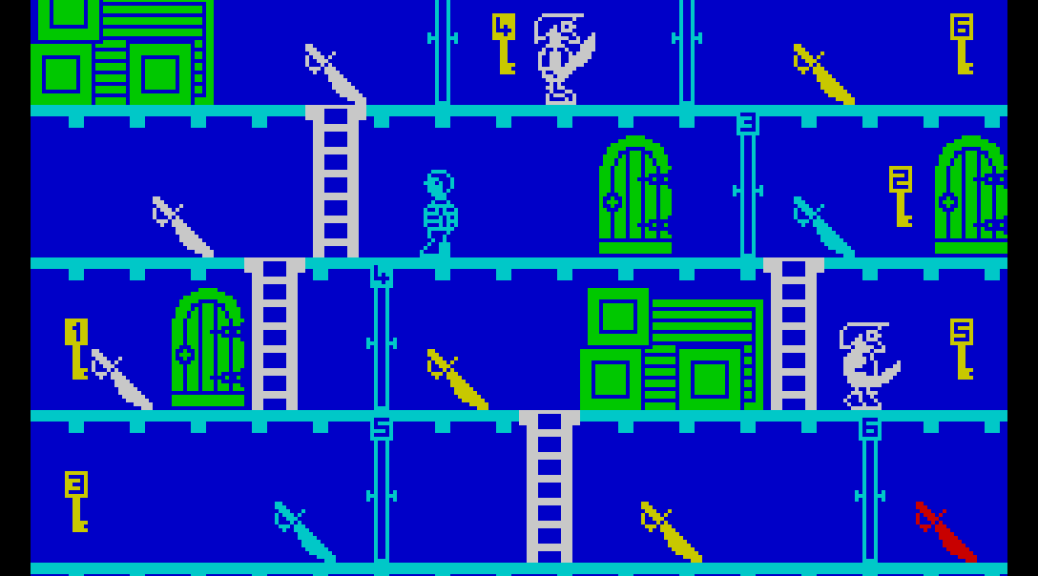 Booty was a very early launch release from Firebird Software (the ‘budget’ video game division of British Telecom) and was important in a number of ways.

Firstly, it showed that budget games need not be dire. For the time: Booty was a pretty snazzy game, and – for a paltry £2.50 – it seemed too good to be true. In this case: it wasn’t (although most other Firebird budget releases were pretty poor it must be said).

Secondly, if you look at the grabs, you might notice that it also demonstrates the importance of not having the same background colour as any overlaid text, because – in some levels – you can’t see the score, or any other information, at the bottom the screen. Maybe programmer John F. Cain just ran out of memory when it came to that fix?

Booty is still a game worth playing now though, if you can find a copy. It’s one of the best platform games in which you cannot jump!

A not-very-well-known sequel to Booty, called Moonlight Madness, was released by Bubble Bus Software in 1986. 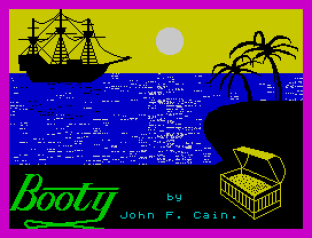 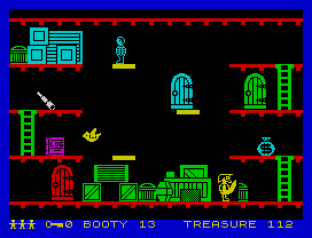 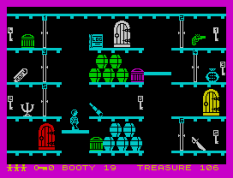 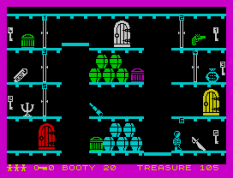 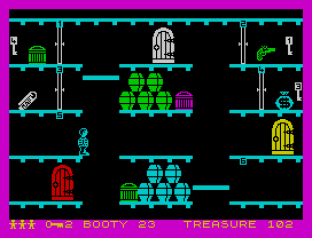 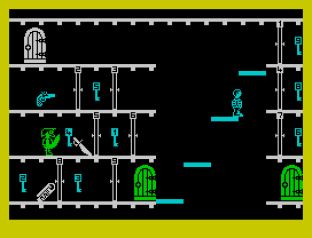 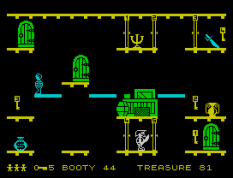 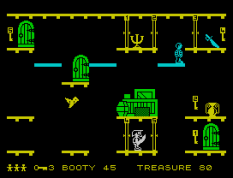 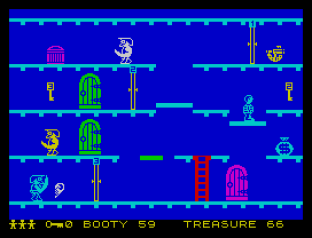 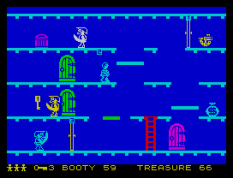 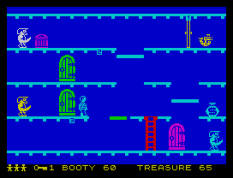 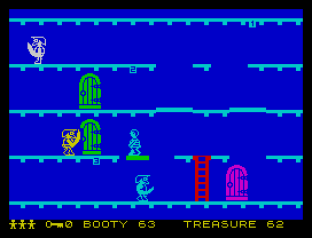 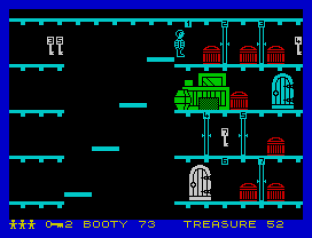 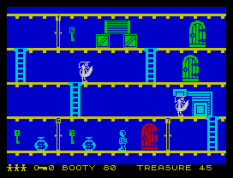 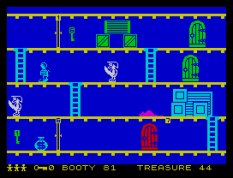 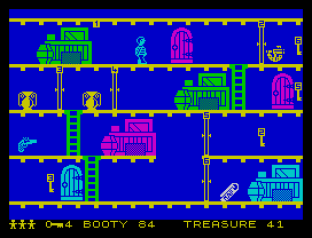 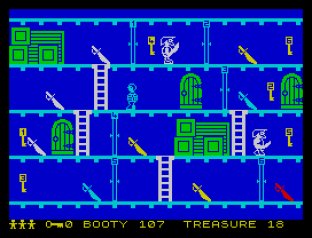 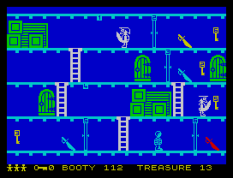 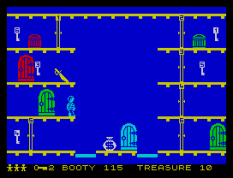 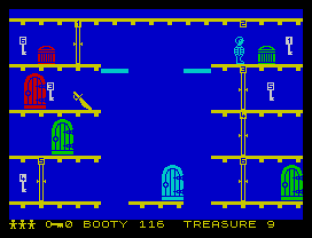