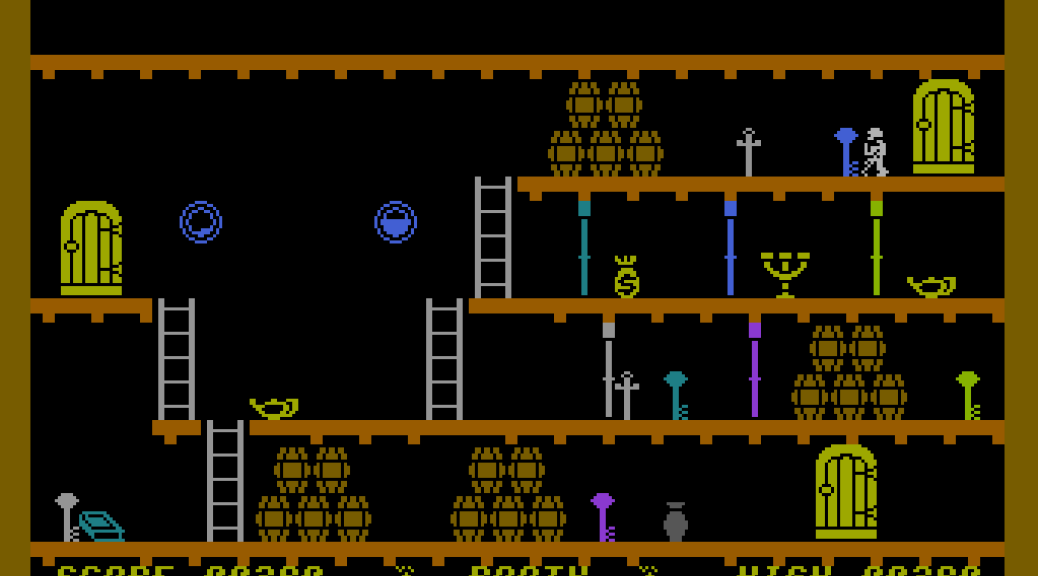 The game constantly dumps unfairness on you, and is about as entertaining as being crawled on by a Brazilian Wandering Spider.

Enemies appear and disappear seemingly at random – often blocking you into a corner with no escape. Trap doors open under you with little or no warning as you walk. When you go up or down a ladder you can’t stop moving. Lining up with a ladder is a complete faff.  Sprites are indistinct, flickery, and have an annoying black border around them. And so the list goes on…

The original Spectrum version is still fun to play. This was never fun to play in the first place because the converting programmer either didn’t know how to convert it, or couldn’t be arsed to make the game playable. 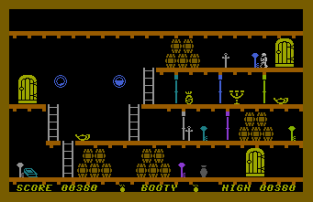 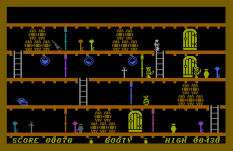 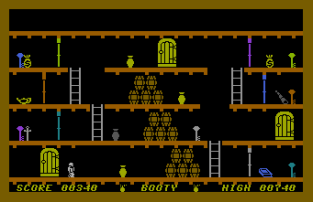