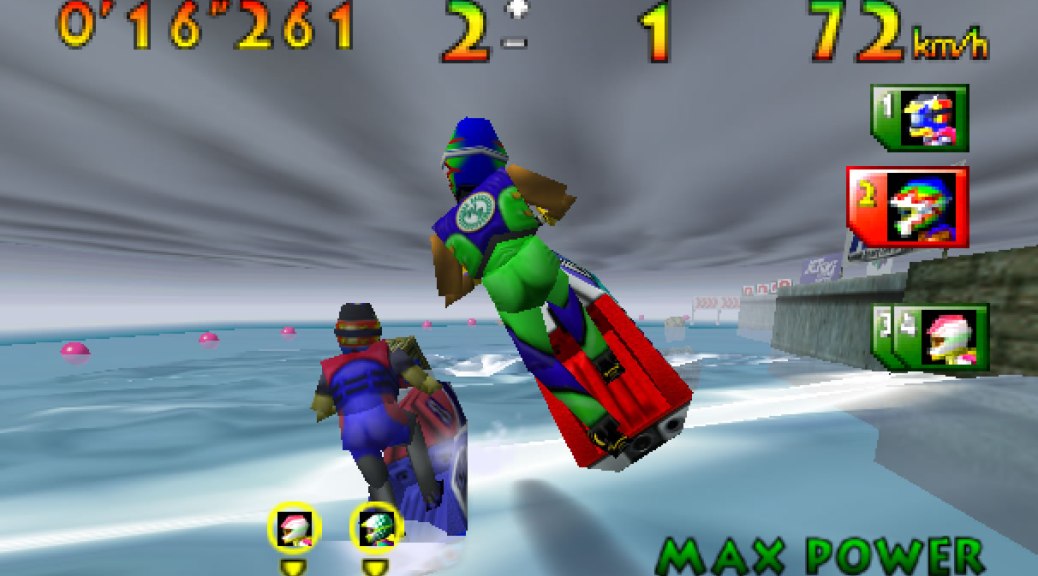 Not only did it have relatively realistic water modelling, but you could also ride the water like a realistic wave, jumping off crests and being buffeted by breakers as you skied across the surface. The ‘feel’ of riding a jet ski was realistically captured and Nintendo managed to succeed in making a decent game out of it.

Wave Race 64 is rightly considered one of the best games on the Nintendo 64, and is still great fun to play now, either single-player or multiplayer. 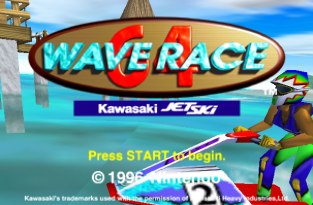 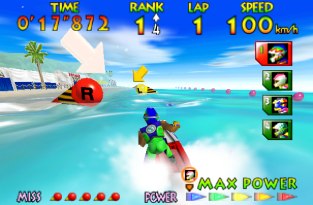 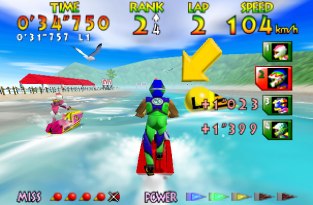 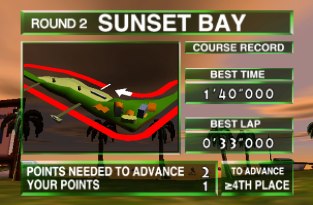 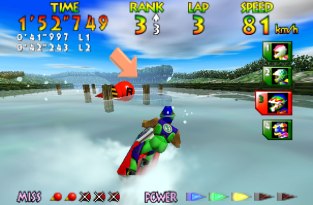 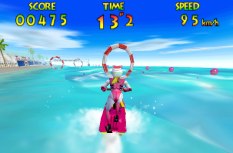 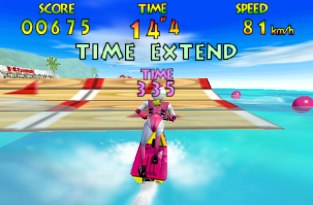 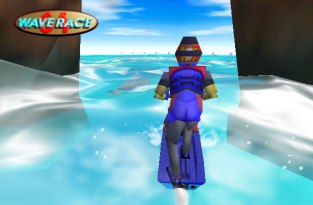 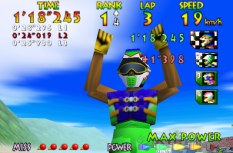 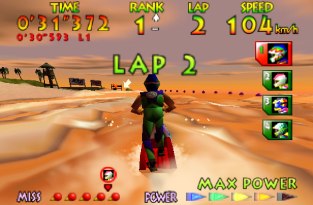 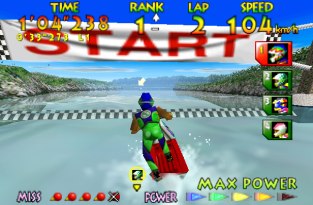 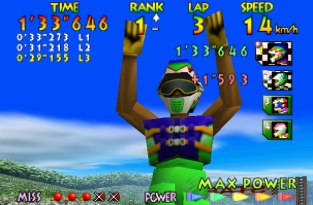 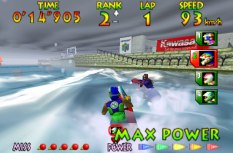 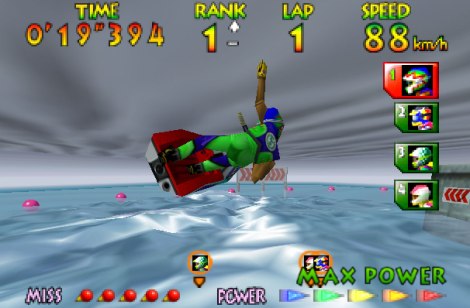