Personally, I didn’t even know it existed until recently, and I’m old enough to remember playing games on my ZX Spectrum, and also being fastidious about knowing about every Spectrum game in existence. So why did Through The Trap Door slip past my radar? Probably because it looks identical to The Trap Door.

The core game in Through The Trap Door is different to the first Trap Door game. In this you’re trying to escape from a succession of rooms, and can switch between Berk (the blue blob thing), and Drutt (the yellow hopping thing), to gain access to keys and various other items that are being guarded by monsters.

Like the first Trap Door game, Through The Trap Door features Don Priestley‘s characteristic graphical style – big animated characters, with no colour clash, but somewhat jerky movement and a control system that is just about manageable.

Compared to the video games of today, both Through The Trap Door, and its predecessor, are quite ‘archaic’ games. In context, though, they are both interesting, and show a talented individual’s work at its peak. Well, actually, Popeye was the first, and takes some beating, but the Trap Door games are a close second.

More: The Trap Door on Wikipedia 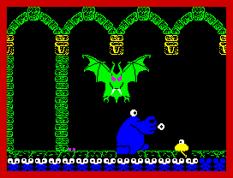 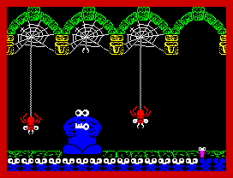 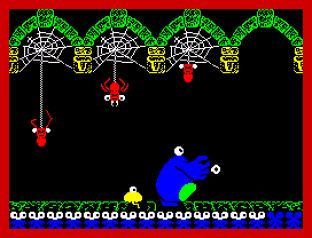 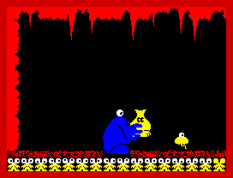 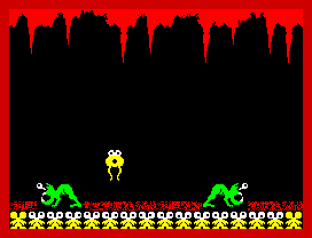 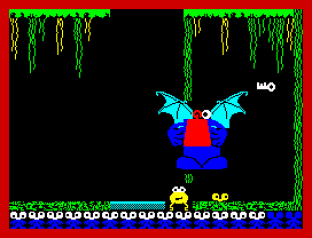 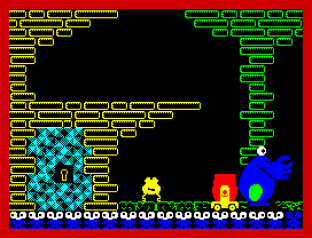 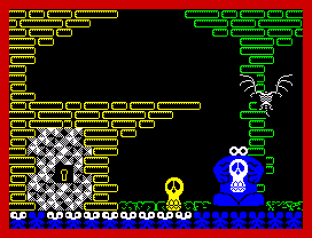 5 thoughts on “Through The Trap Door, ZX Spectrum”