Part of the later Software Projects UK releases, Lode Runner was first made available on the ZX Spectrum in 1984.

The small graphics and precise gameplay are perfectly suited to the Spectrum and as a result the game enjoyed some success on the system.

There were two Spectrum versions of Lode Runner released: a 48K version, and an expanded 128K version. The 128K version obviously had more levels available in a single load.

I remember vividly buying Lode Runner, and playing it to death on my trusty Speccy, way back in 1984/85. I also vividly remember the anti-piracy code sheet that Software Projects supplied with it. You had to look up a code on a huge, colour-coded chart, and enter it into the game after loading, to get it to run properly. Ah, those were the days… 🙂

Lode Runner on the ZX Spectrum is a retro-gaming classic though. The screen editing, redefinable keys, neat, colourful graphics, and many levels to play (150 in total) all come together to make it a memorable experience. Colour clash and all. 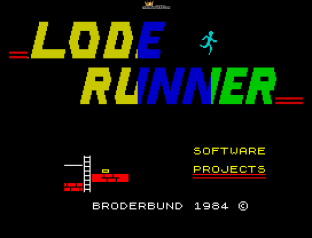 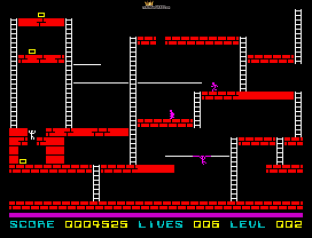 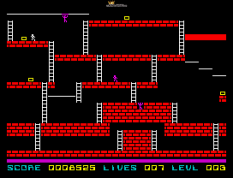 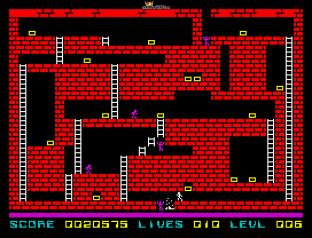 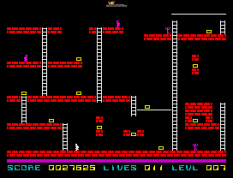 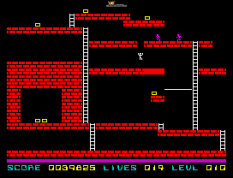 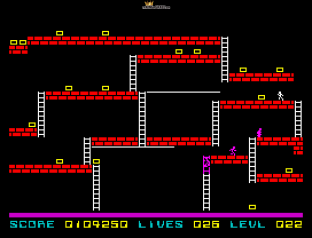 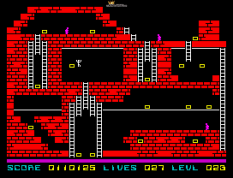