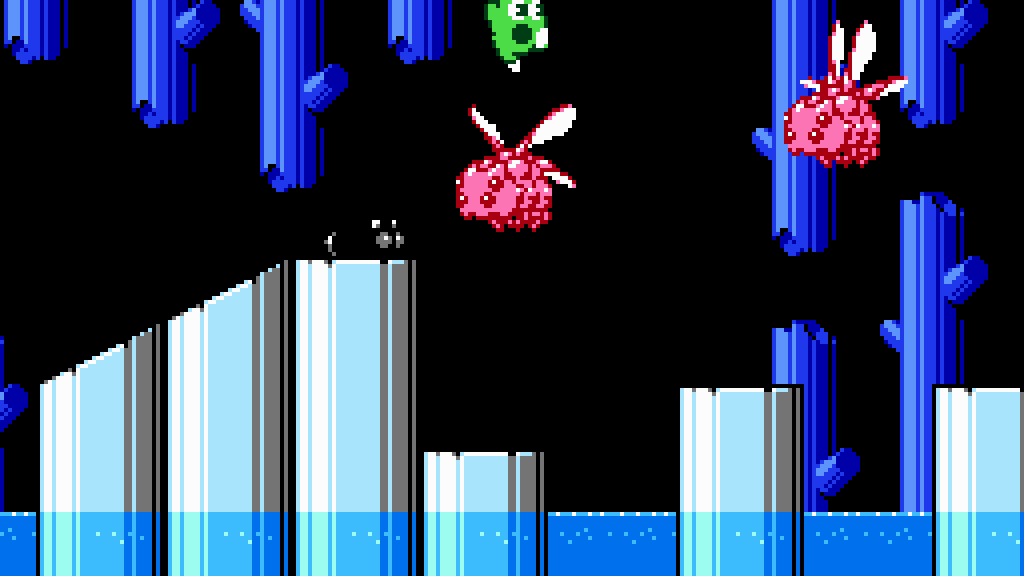 Known as Gimmick! in Japan and Mr. Gimmick everywhere else, this 1992 release was an attempt by Sunsoft to push the graphical powers of the Nintendo Entertainment System further than they’d ever been pushed before (in order to compete with the Super Nintendo, which was relatively new on the market).

In order to do this, Sunsoft used all kinds of clever programming techniques using graphical tilesets and colours, and the end result is very striking. But it wasn’t enough to compete with the newer consoles of the time and Mr. Gimmick sank without a trace, into relative obscurity.

What makes Mr. Gimmick an attractive proposal now, though, is its difficulty. It is a deadly serious challenge to any gamer, although the gameplay is precise and not unfair, which makes it very appealing. And also because it is a lovely-looking obscure gem. A great-looking game that you’ve never heard of is mana from heaven to a retro games fan.

The scenario is funny too. You play a small, green creature called Yumetaro who was given to a small girl as a birthday present. Jealous of the attention the girl is giving to Yumetaro, the girl’s other toys kidnap her in the night and whisk her off to another dimension. So you have to go on a platform-based rescue mission to save the girl.

Mr. Gimmick is far too tough to be a kid’s game, although at first glance it might look like one. It’s aimed more at pros than anyone else.

And it was fun getting these grabs, but I was tearing my hair out with Mr. Gimmick in places. Especially the boss fights. All I can say is: thank God for quicksaves. 🙂 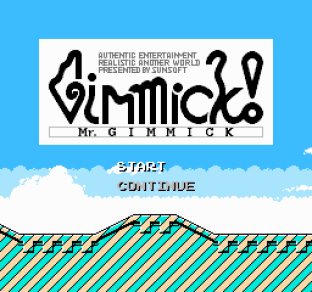 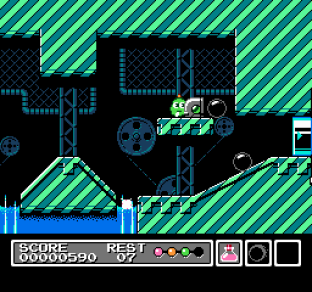 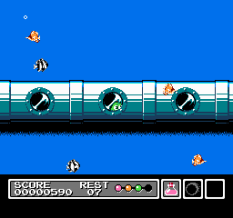 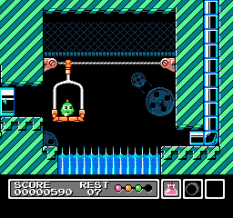 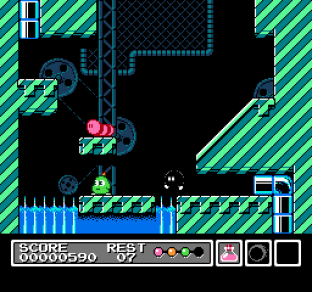 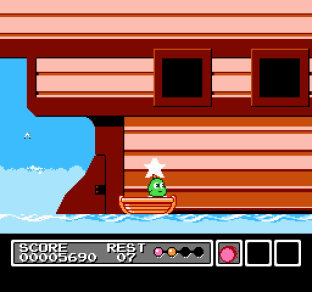 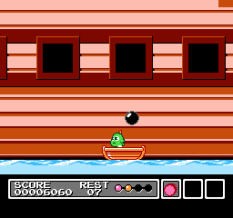 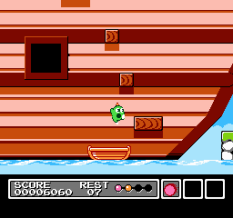 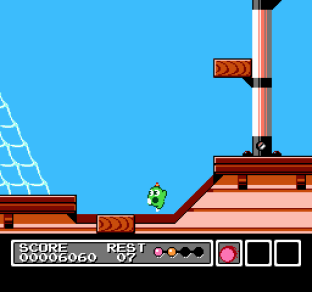 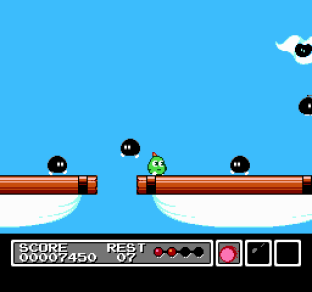 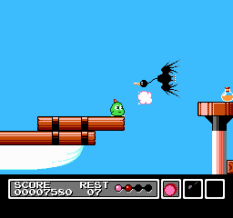 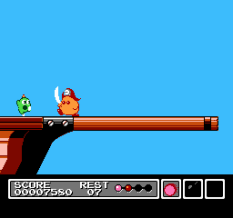 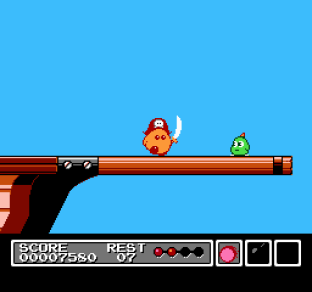 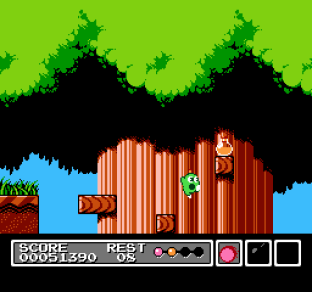 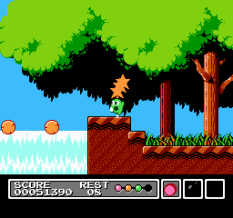 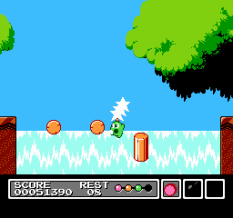 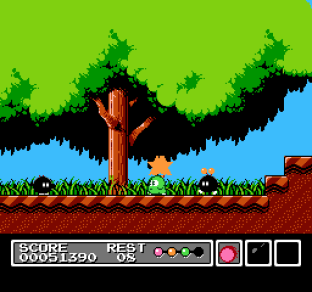 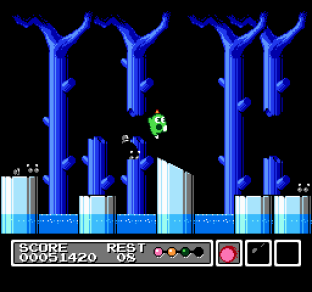 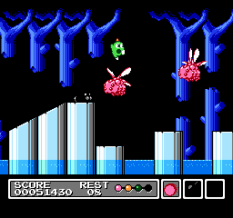 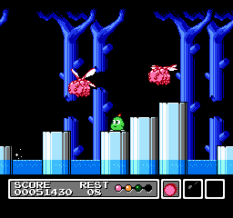 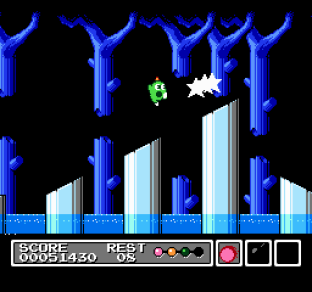 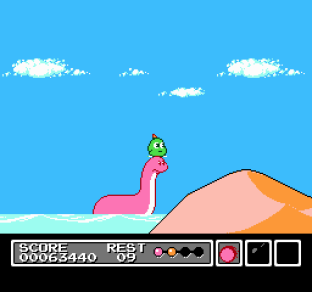 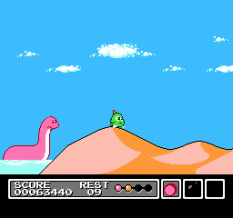 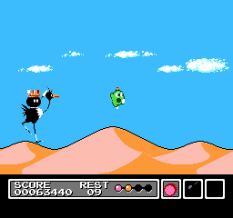 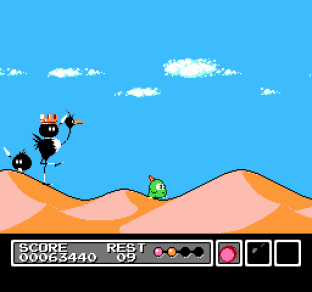 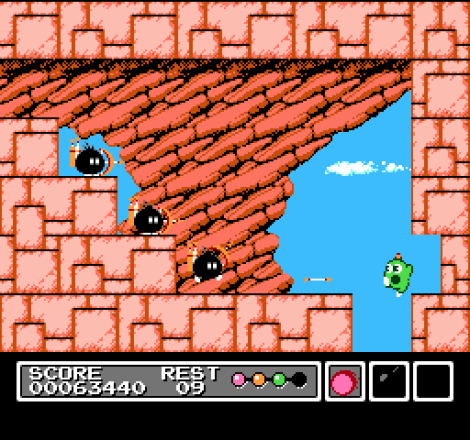