The arcade version of Shinobi was developed and published by Sega in 1987. It is a scrolling run-and-gun action game featuring a lead character called Joe Musashi who is on a mission to defeat the Zeed terrorist organisation. The aim of the game is to rescue kidnapped students of his clan and each level has a certain number of hostages to release.

There are three action buttons, one for for attacking, one for jumping, and one for using a special technique, called “ninja magic” (which can only be used once per stage). When attacking Joe will throw shuriken (his standard weapon) at a distance and use his sword (or kick and punch) when close up to enemies. Rescuing a specific hostage will upgrade Joe’s shuriken to a gun, which shoots bullets. Joe can also jump up to higher floors (and drop down to lower floors), jump over fences, and can crawl by pushing the joystick diagonally downward.

One hit from an enemy will kill Joe instantly, so the aim is to avoid contact with everything and everyone, at all costs.

Shinobi has five missions in total, with three sub-stages in the first mission and four sub-stages in each of the rest, and the sub-stages are pretty short. At the end of each sub-stage the end-of-level boss will usually appear, then run away.

At the start of each mission the player is shown the location of the stage, plus the name and image of the boss you have to fight at the end of it. Each sub-stage has a time limit of three minutes and you are required to find every hostage on a stage before you can leave for the next one.

A bonus round assumes a first-person view, where Joe throws shuriken at incoming enemies to try to earn an extra life. If a single enemy gets through to you, you fail the bonus round.

While the first level is fairly straightforward and not too difficult, the boss battle at the end is pretty hard. The first boss throws swirling fireballs at you that are difficult to avoid and you only have a small window in which to throw shuriken at his head. From the second stage onward the game increases in difficulty significantly and enemies come at you thick and fast.

Shinobi was a big hit in both Japan and the USA and has been ported to many different systems, most recently to the Nintendo Switch. It has also inspired a number sequels and spin-offs and remains a favourite among many games-players. 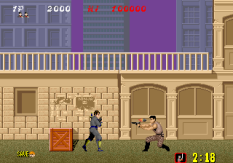 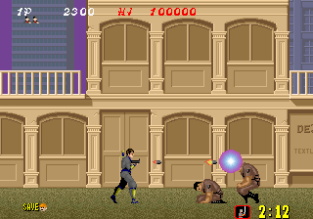 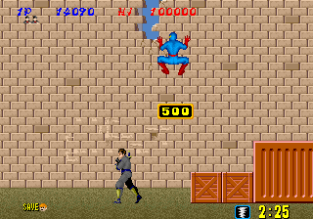 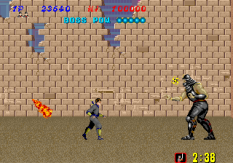 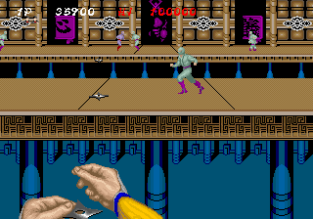 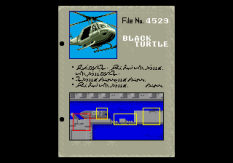 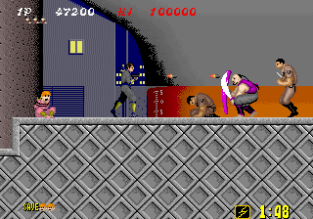 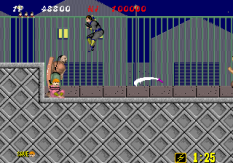 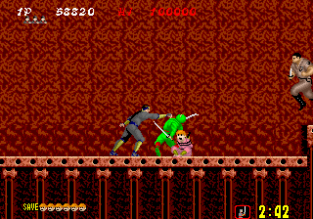 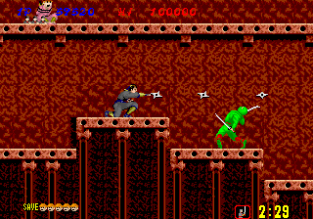 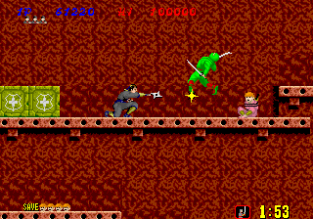 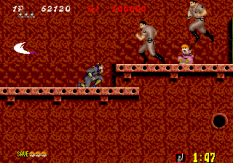 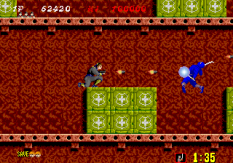 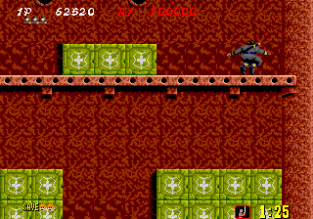 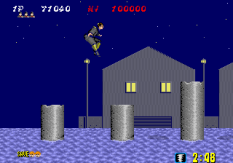 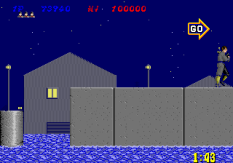 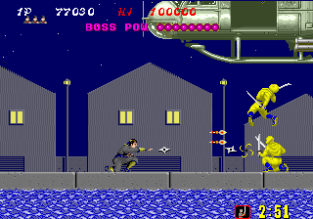 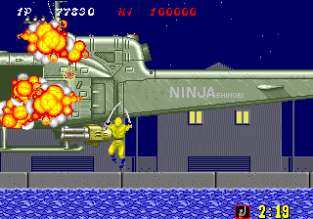 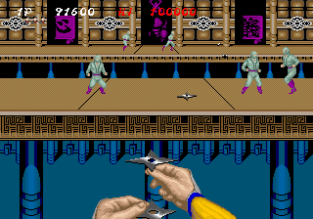 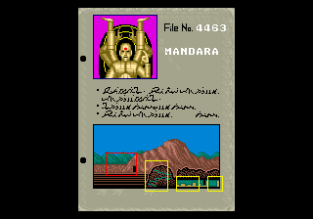 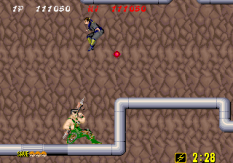