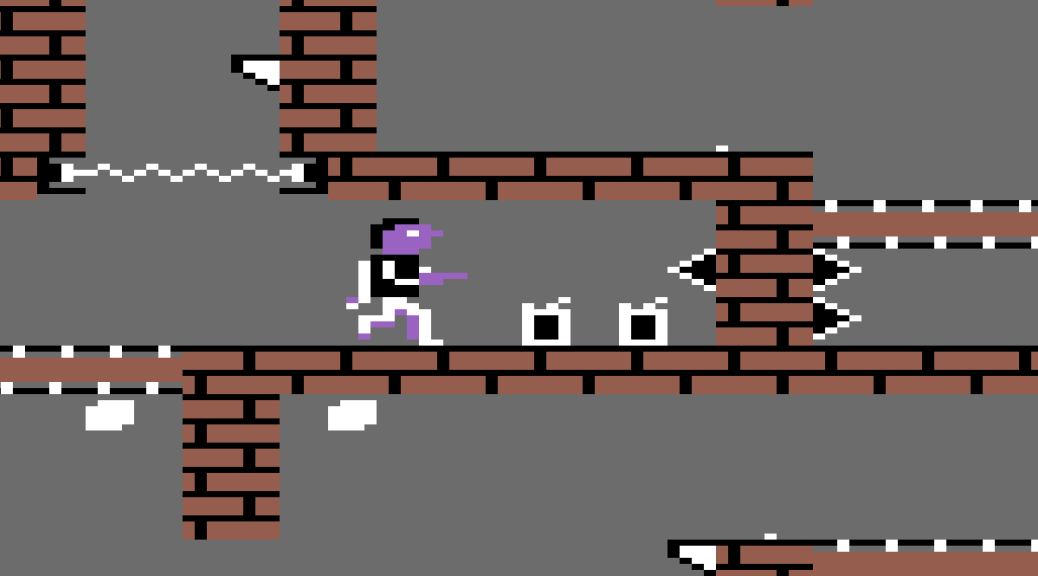 Rocket Roger is a scrolling action game written by Steve Evans and published by Alligata Software in 1984. In it you control the titular Roger who must fly around using a jet pack and collect crystals from a series of underground caves. The crystals are needed to power your spaceship and you need to collect 99 of them to escape the planet.

The caves are split into numbered and coloured zones and are filled with a variety of hazards including intermittent lasers, flying rockets, falling rocks, robots and aliens. Roger can fly with his jet pack although its fuel is limited and is shown on the information panel at the bottom of the screen. He can pick up extra fuel as he explores, but if he runs out he’s limited to walking and jumping and in many circumstances that can mean being trapped in a zone and not being able to escape. There are pads on the ground in some places and walking over them will act as a continue point. Roger can also fire a laser at enemies, although I found the collision detection on the laser to be less than adequate.

The game has Amateur and Professional difficulty levels, and is a somewhat difficult game to get into due to the many dangers. Touching lasers or enemies, or parts of the landscape that aren’t flat or paved with platforms will result in the loss of a life. And, as if that wasn’t difficult enough, if you stay too long in one area a hostile alien will appear and begin chasing you.

In terms of presentation Rocket Roger was ahead of its time – the scrolling is smooth and the landscapes are well-drawn, but the gameplay is too hard for its own good. This is a game best played with a trainer, but even then it’s fairly easy to run out of fuel and get stuck somewhere. 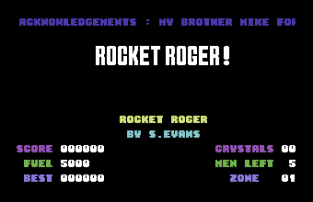 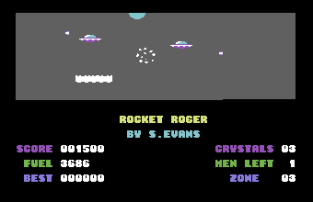 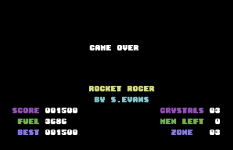 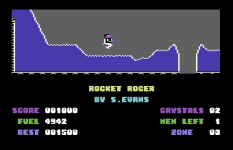 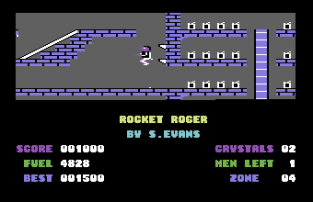 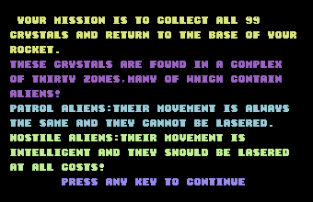 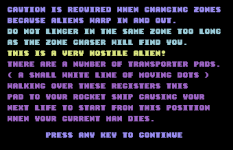 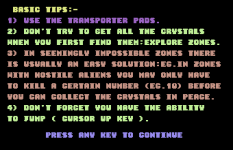 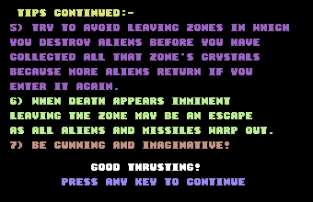 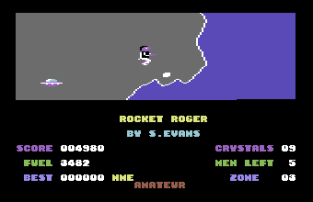 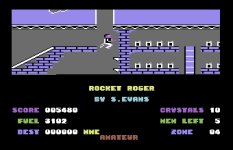 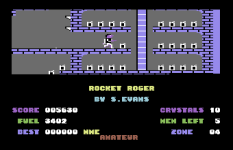 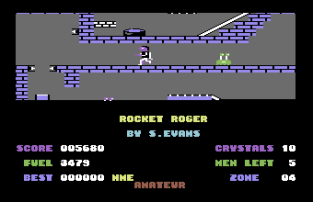 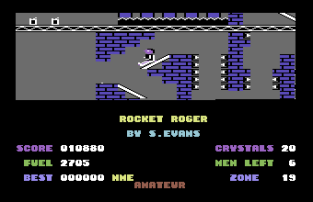 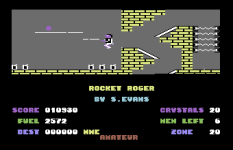 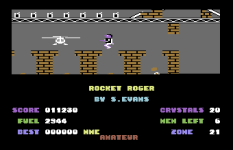 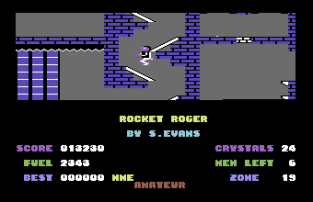 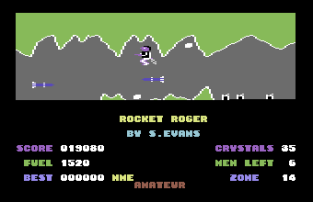 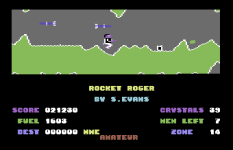 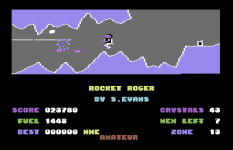 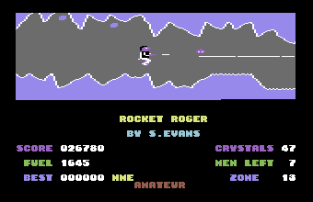 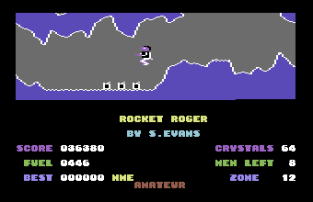 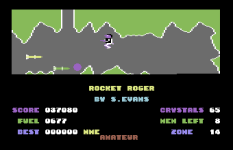 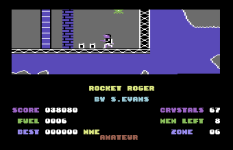