James Pond II: Codename RoboCod is the 1991 sequel to James Pond: Underwater Agent and was again written by Chris Sorrell and published by Millennium Interactive. Unlike the first James Pond game this follow-up is much more structured and playable than its predecessor.

You start off on the outside of Santa’s Toy Factory, and after a short period of initial exploration you’ll discover a series of double doors with icons on them. The icons indicate the theme of the levels you’ll be playing when you enter them. The idea is to enter the double doors and to complete a series of platform-based levels inside them. When you’ve completed the stages inside two sets of doors a third set of double doors will open and allow you to access a boss battle. Beating the boss will then unlock the next set of double doors. There are fifty individual levels to beat in total.

The aim of each level is to collect toys and other items for points; collect power-ups to help you survive longer (like wings that make RoboCod fly, or temporary invincibility buffs), and to find the exit pole that will take you to the next level. Some exit poles are located in far-off places, while others are relatively easy to find. You can choose to exit a level quickly, or you can take your time and try to find more items for points, or find any of the many secret areas. Exploration is usually rewarded, and thankfully there’s no time limit to make you feel as though you need to rush it (like in the first game). Some levels also have more than one exit pole.

James Pond, aka RoboCod, is much more versatile in this game than the previous one. He can move and jump, as you’d expect, only this time he can also extend his body upwards until he reaches the ceiling or another platform above him. And provided that he’s not hit by a moving enemy while he’s extended (which will cause him to retract again), he can also grab the ceiling and shimmy along using just his hands. This useful mechanic opens up the game to being more than just a simple platformer.

RoboCod can jump on top of enemies to kill them, but hitting them any other way will cause him damage. If he loses the four green health bars (shown on the portrait in the bottom left hand corner of the screen, held in RoboCod‘s hand) then he loses one of this three lives and is sent back to the start of the current level. Thankfully, though, he won’t have to collect all the items he picked up previously – they remain collected.

Some levels give RoboCod access to vehicles, like cars, planes, and flying bathtubs, which help him explore more fully and add variety to the gameplay. It is quite easy to get knocked out of these vehicles, though, which means having to get back in them if you want to continue using them.

James Pond II: Codename Robocod was the first game in the series to feature in-game product placement of the McVitie‘s biscuit company’s Penguin biscuits. These are shown in the intro sequence, and in some levels, and it may come as a bit of a surprise to biscuit fans, to see these in a video game. I did read that – after their appearance in this game – Penguin biscuits overtook Nestlé’s KitKat for the first time in its history, but frankly I find that to be hard to believe (according to Wikipedia this was apparently claimed in an issue of PC Gamer UK, but no citation was provided. Personally, I think this is rubbish).

Graphically, I think that James Pond II: Codename Robocod is a step up from its predecessor. While some of the backgrounds are a bit garish, the overall look of the game is neat and tidy and the design and animation of RoboCod himself is superb. The music – once again by the late Richard Joseph – is jolly and memorable and is arguably the best in the series.

Like all James Pond games, Codename RoboCod starts off easy but quickly becomes challenging – maybe even frustrating. The controls are precise and responsive, but the relatively small play area does make judging where you’re going to be difficult at times. In my opinion this is still a great game though – probably the best in the series. Such is it’s popularity that James Pond II has been converted to many other platforms, including for the PlayStation, SNES, Megadrive, C64, Game Boy, GBA, Game Gear, Master System, Nintendo DS, PS2, and even the Nintendo Switch. 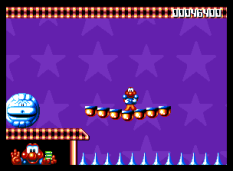 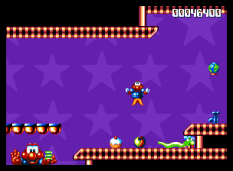 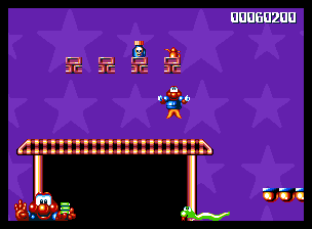 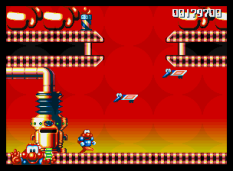 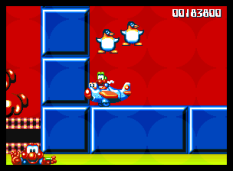 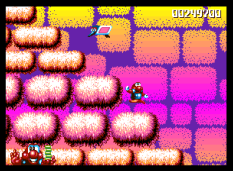 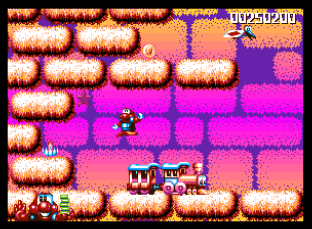 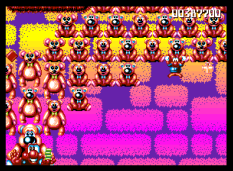 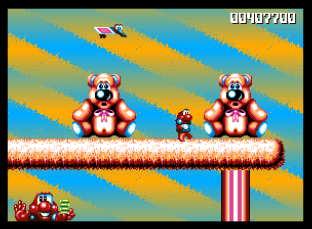 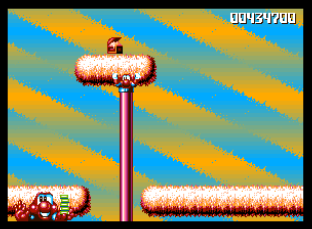 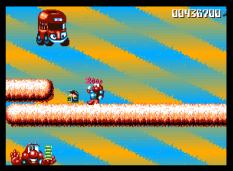 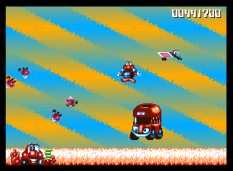 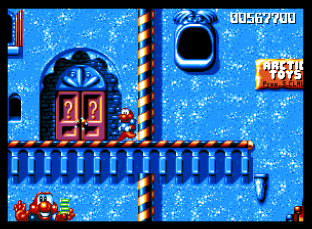 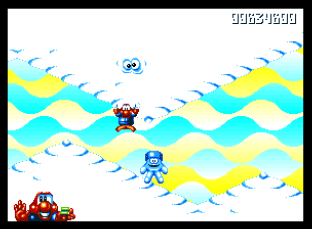 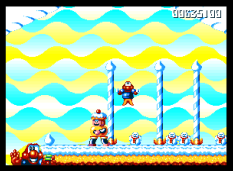 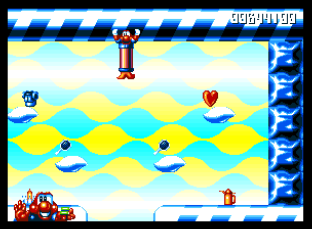 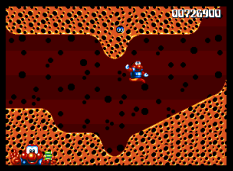 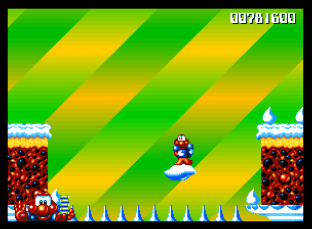 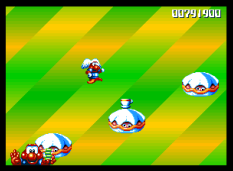 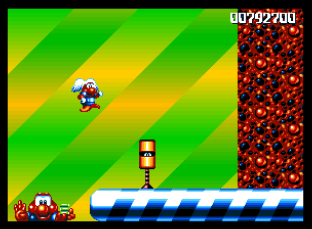 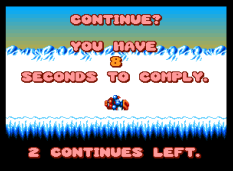