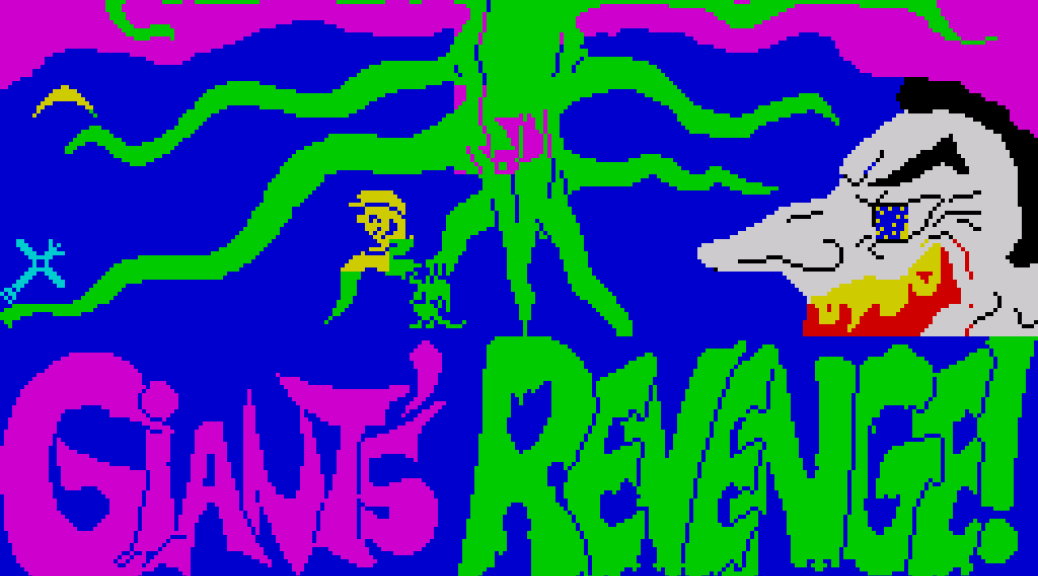 Giant’s Revenge is the second sequel to Jack and the Beanstalk, which was created by Chris Kerry (with graphical assistance by his brother, Steve) and published by Thor Computer Software for the ZX Spectrum in 1984.

Jack can jump this time, and is required to do so make his way through seven screens, collecting various items along the way, and ultimately escaping from the Giant’s castle.

Unfortunately, Giant’s Revenge is a return to the kind of gameplay that made Jack and the Beanstalk so frustrating… Take a wrong step; walk off the edge of the screen; touch anything but an approved path in the game and you lose a life.

Just trying to find out where you can walk is a trial in itself… The manual says “be very careful where you tread!” which is a fair warning. More fair than the gameplay!

Programmer Chris Kerry must’ve consciously decided to do this. I’m guessing that he had The House Jack Built and Giant’s Revenge in development alongside each other and decided to make this final game a bit more like the first (ie. nigh on impossible). Why he doesn’t make it more forgiving like The House Jack Built I don’t know (and probably never will, unless Mr. Kerry reads this and decides to let us know). Personally, I find this frustrating because 1. I want to like these games, not hate them, and 2. it looked like they were heading in the right direction with the last game (then Giant’s Revenge came out and it was back to square one).

There’s an ‘attract mode’ this time around (which cycles through some sample screens in the intro), and a third of the screen is now taken up by the game’s logo, which is another puzzling decision, IMHO.

Colour clash and collision detection are both particularly horrendous in this too.

Giant’s Revenge isn’t a ‘bad’ game per se, but is probably too archaic and frustrating for most people. Myself included. I don’t like being killed for just touching the edge of the screen. It’s so… 1982… 🙂

Note: like the first game in the series, Giant’s Revenge features plenty of synthesised speech – if you have a Currah Microspeech plugged into the back of your Spectrum. Listening to it now (which I did when I wrote this), the ‘speech’ is… laughable. I had a Currah Microspeech as a kid and I remember being very disappointed with it overall. Even if you knew how to program the phonetics properly, it was almost impossible to get the speech to sound even vaguely understandable. 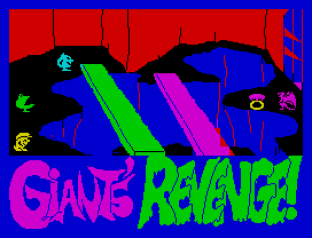 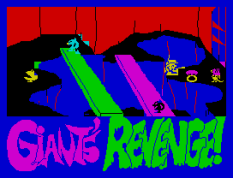 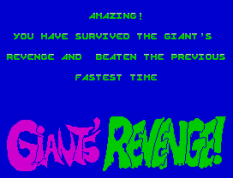