Battle Command is a classic Amiga tank game, developed by Realtime Games Software and published by Ocean Software in 1990.

Realtime made the classic Carrier Command, which this game must in some way relate to (similarity of titles and all that), although in reality Battle Command is much simpler than Carrier Command.

You control just one tank – a Mauler – not a division, which is a little disappointing (there was me thinking that this might have been the ‘land version’ of Carrier Command – it isn’t), but the quality of the combat does go some way to making up for that.

Before each mission there’s a briefing, then you arm your tank, then it’s out onto the battlefield via a dramatic helicopter tank drop.

By default, Battle Command uses mouse and keyboard controls, and they work quite well. Clicking the right mouse button toggles the tank between active and passive control modes. The active/passive control system does take a bit of getting used to, but it’s very good once you’ve learned how to use it.

Pressing F3 and F4 switches between absolute (fixed) and relative external camera views, which, while nice, aren’t particularly practical in the heat of battle. Other than for taking screenshots. 🙂

There are 15 missions available from the start and you can play them in any order you like. I think, though, that they become more difficult as the list goes on. An extra, hidden mission becomes available once you complete all the others.

The 3D graphics in Battle Command are extremely simple, but effective. The mountains that you drive around look like something out of 1980’s Battle Zone and the circular explosions in this remind me of Paul Woakes‘s Encounter. The triangular trees are a pain in the butt when they get in the way, and there is some serious slowdown when a large number of polygons are on the screen at the same time. A reminder that 3D games were primordial when Battle Command came out.

Otherwise: Battle Command is a superb combat game. Playable, challenging and still fun to play today. It might not have the depth of Carrier Command, but it’s certainly much easier to play. 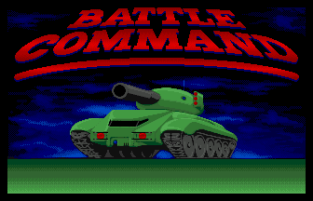 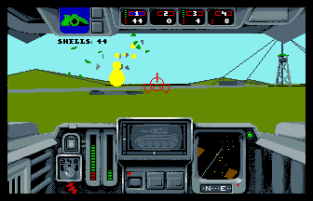 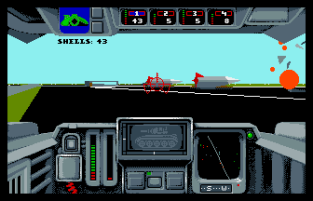 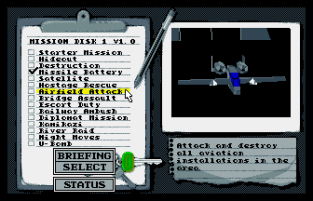 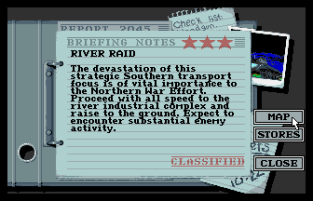 Use the mouse for turning, acceleration, and reverse.

When Battle Command is paused the following functions are available: