Following on from Jimmy White’s Whirlwind Snooker, Archer Maclean’s Pool was published in 1992 by Virgin Games. It was of course designed and programmed by Archer MacLean.

And, because pool is much more simple to play than snooker, and because this game uses the same engine as the previous game, Pool is arguably more immediately playable and more fun overall than its predecessor.

In terms of interface, physics, humorous touches, and presentation, Archer Maclean’s Pool is pretty much identical to Whirlwind Snooker. All the menus and icons appear to be the same, and if there are any new additions then I can’t see them. Making shots is the same: choose your angles, chalk your cue, and decide how hard to hit the cue ball. Then let nature do the rest… 🙂

Archer Mclean’s Pool isn’t my favourite pool video game of all time (that’s reserved for Championship Pool by Bitmasters/Mindscape), but it is still a damn good pool game in its own right. And has both UK and US rules too, which is not something that a lot of pool video games have. There’s also a trick shot editor (like there was in the previous game). 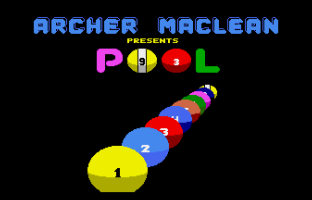 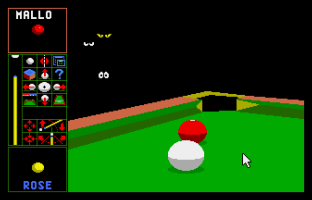 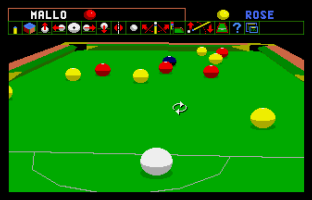 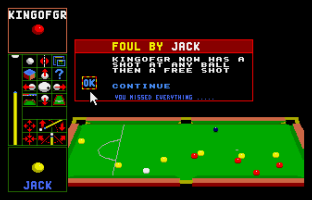 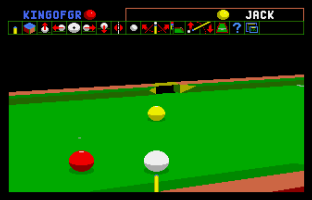