Probably the best conversion of the classic Mitchell Corporation arcade game, Super Pang was released for the Super Nintendo in 1992. It was developed by Capcom and is arguably even better than the arcade original.

Super Pang can be played single or two-player, in Arcade Mode or Panic Mode, with the aim being to divide and clear a screen full of bouncing bubbles, by shooting them with a hookshot. Yes, that’s right: a hookshot. And a very effective method it is too.

The bubbles start off large, and when you shoot one it divides up into smaller bouncing bubbles. One thing I haven’t mentioned yet is that the bubbles kill you if they touch you, so you have to avoid them at all costs. When the bubbles start getting smaller, they become harder to hit, although the hookshot does trail a rope that can be used to absorb them too, making the task sightly easier.

There are other hazards, and also power-ups to add variety to the game, and Super Pang is famous for its scenic backdrops… Every stage has a different background image and they really are quite lovely.

The SNES version of Super Pang is an excellent single-player game and also a brilliant two-player game. It’s well worth playing any day of the week, and is especially good at parties. 🙂

Note: the game is known as Super Buster Bros. in North America, but I’m sticking with the original title – Super Pang. Because it’s peng. 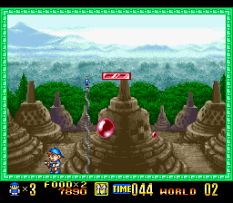 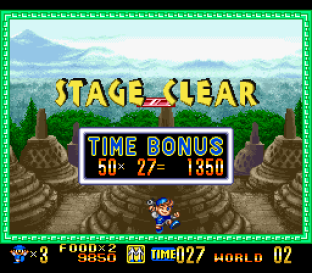 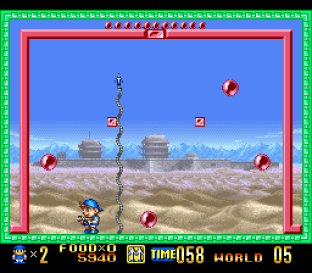 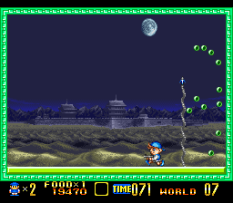 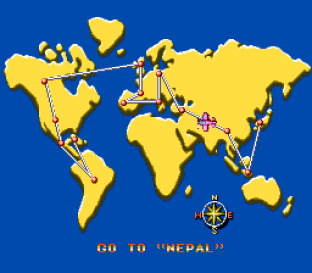 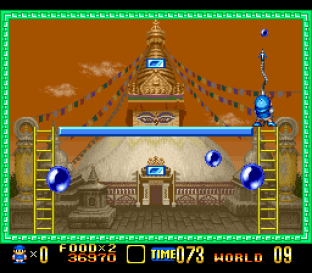 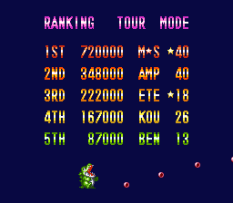 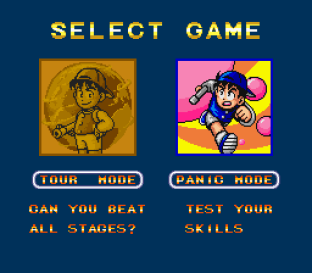 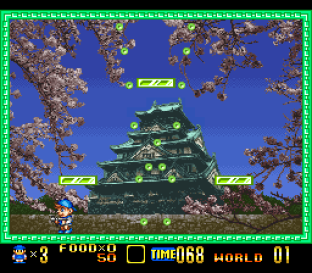 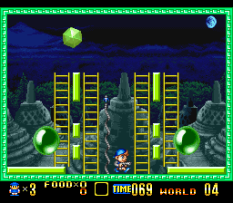 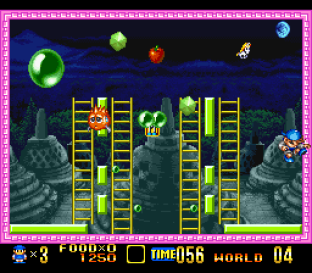 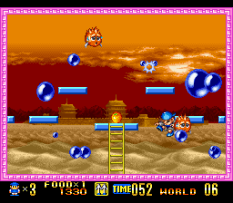 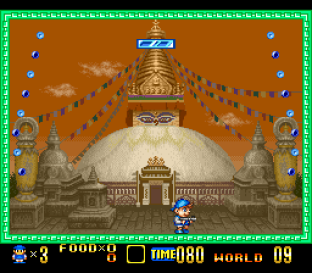 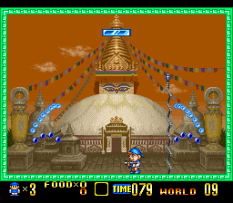