Bombuzal is a critically-acclaimed puzzle game designed/coded by Tony Crowther and David Bishop and published by Image Works in 1988.

In it you play a small, green blob whose job it is to dispose of all the bombs on a level.  To explode a bomb you must be standing on top of it and hold down fire, and – once triggered – you can then walk away from it in whatever directions are available.

When a bomb explodes it will cause a chain reaction with any other bombs that are in close proximity, and any platforms that did have bombs on them will disappear after they have exploded. Big bombs cannot be set off manually, they must be detonated by the smaller bombs. Some bombs can be moved (if they are on tracks), and there are various other different floor tiles that help or hinder the process, for example: tiles that disappear once walked over; riveted tiles that cannot be destroyed by bombs; switch tiles (for switching other tiles on and off); teleport tiles, and so on.

Bombuzal can be played in either a 2D (overhead) visual style, or a 3D (isometric) game mode, which is an extremely nice touch. It’s also one of those puzzle games that is infuriatingly difficult, but extremely compelling. Surviving some levels takes a fair bit of forward-planning. And – while we’re talking about the levels – it’s also worth mentioning that some of them were designed by ‘celebrity’ coders, such as Jon Ritman, Jeff Minter, and Andrew Braybrook, which is another nice touch.

In total there are 130 different levels in Bombuzal – more than enough to challenge any player – and the game remains a firm favourite among Commodore 64 fans to this day. 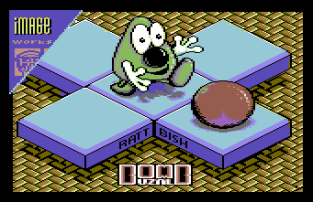 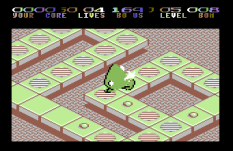 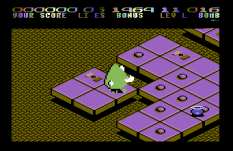 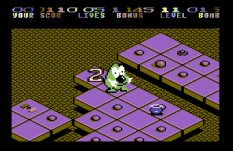 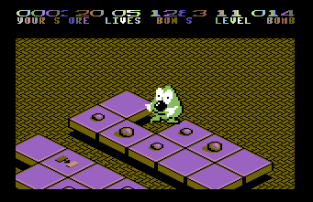 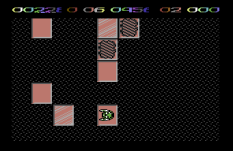 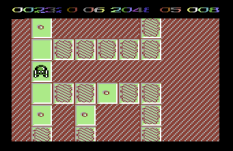 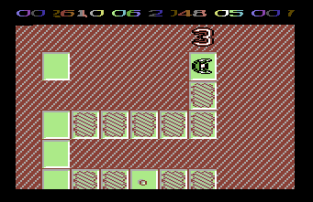 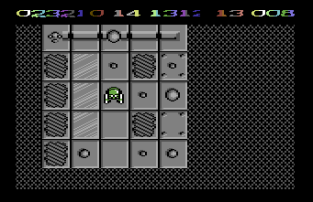 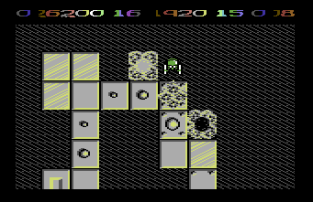 One thought on “Bombuzal, Commodore 64”