Another great film turned into video game kitty litter! This one in 1984, by Palace Software.

The interpretation is as an overhead survival game, with you playing Ash (spelled incorrectly in the game – slap on the wrist to the programmer!) who is besieged by Kandarian demons inside a remote log cabin. You can close the doors and windows to stop the demons getting in, and must also kill any that make it into the cabin. To kill them you must first find a weapon (randomly located around the cabin, or outside), and then use it on them. Whether it’s an axe, a sword, or a shovel – it makes no real difference – the effect is the same. Eventually, when you’ve killed enough demons, the ancient Book of the Dead will appear and you have to throw it into the fire to triumph.

As a huge fan of the 1981 film I’ve always thought that this game was total and utter rubbish. I remember as a young gamer hoping that it would be good enough to buy, but I read the reviews and thought “There’s no way I’m buying that!“. And I was right. The graphics are pathetic, the cabin is tiny, and the gameplay is clumsy and repetitive. There’s no escaping the fact that The Evil Dead – this Evil Dead (there are others) – is both a missed opportunity, and a steaming pile of crap.

Are there any positives about the game? The intro sequence and tune are quite nice. The scrolly text message at the bottom of the screen describes the monsters as “mutants”, which is sure to piss off any die-hard Evil Dead fan who reads it. Other than those like me who don’t really give a toss.

A BBC Micro version of The Evil Dead was also released by Palace. A ZX Spectrum version was developed and completed, but was never released as a stand-alone game. It later appeared as a freebie on the b-side of another Palace release: Cauldron, so eventually made it out.

More: The Evil Dead on Wikipedia 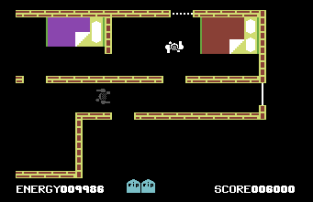 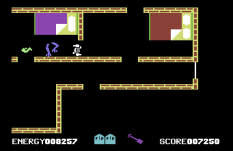 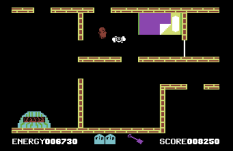 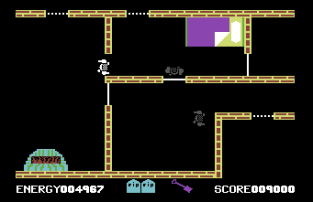 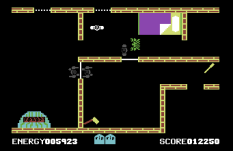 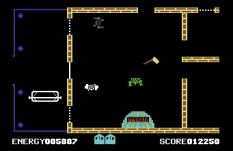 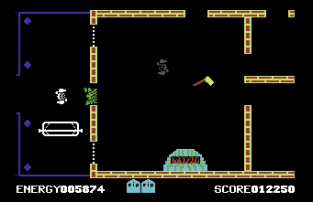 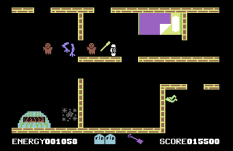