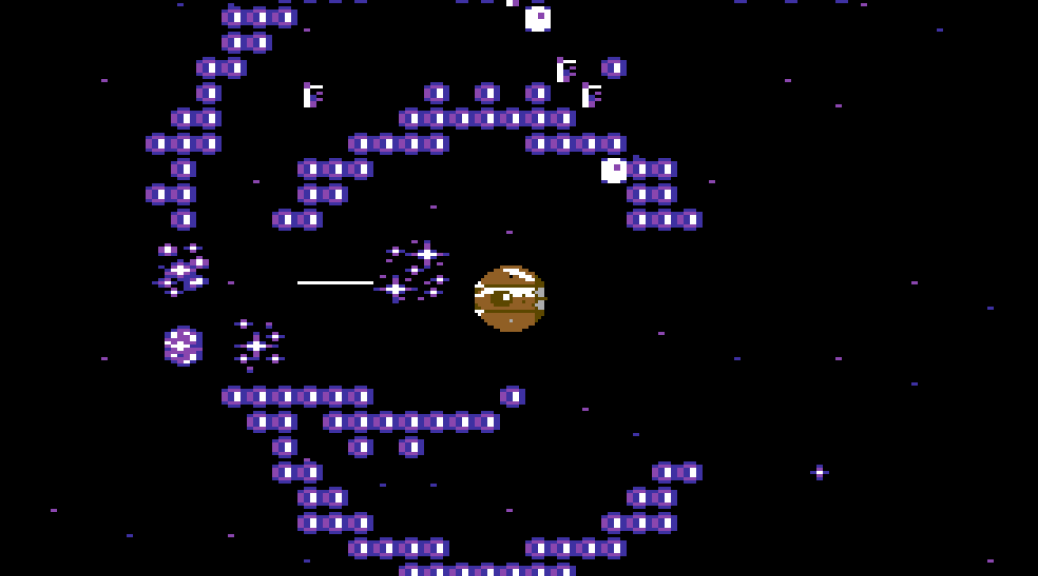 Hunter’s Moon is a multi-directional scrolling shooter by Martin Walker, published by Thalamus for the Commodore 64 in 1987.

The basic aim is to fly around various two-dimensional cities, collecting ‘star cells’ as you discover them. When you have enough you can warp to the next level. Skilled players who collect the cells within a strict time limit can warp further forward, skipping the remaining levels in a system and advancing through the game quicker.

Designer Walker has said that the children’s gear-based drawing game, ‘Spirograph’, was the main inspiration behind Hunter’s Moon, and with its mesmerising, kaleidoscopic sprite patterns the link is fairly obvious.

As a shooter, it’s more of a thinking-man’s game than an out-and-out blaster, but Hunter’s Moon is atmospheric, engrossing, beautifully-presented, and still worth a look now. 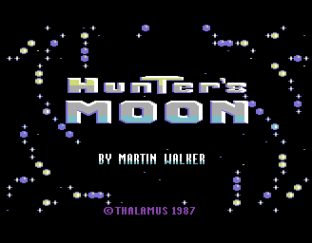 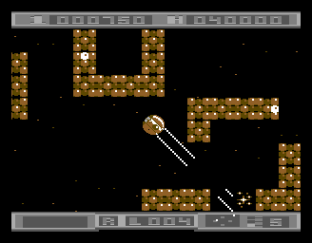 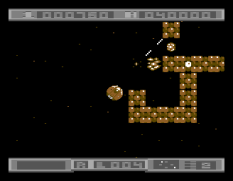 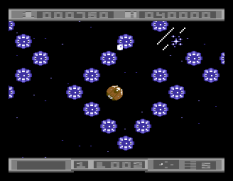 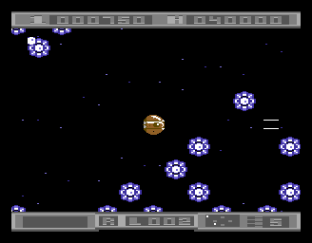 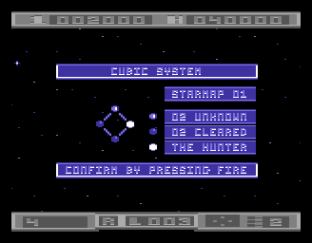 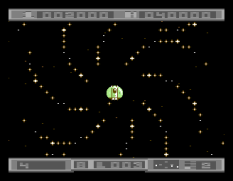 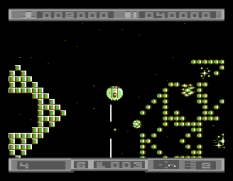 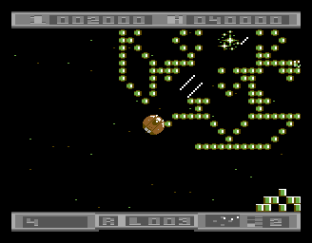 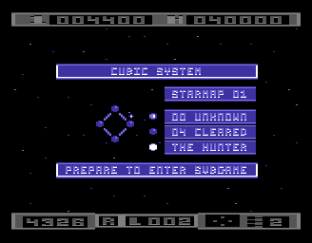 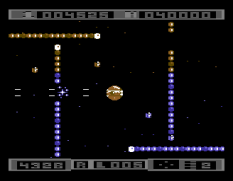 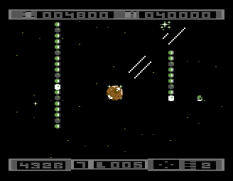 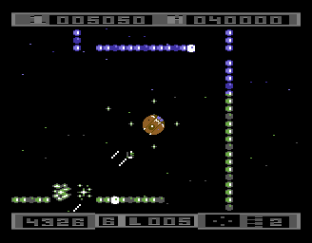 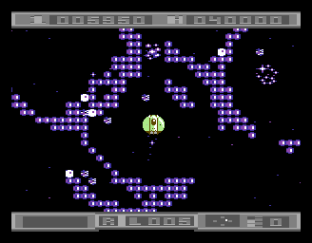 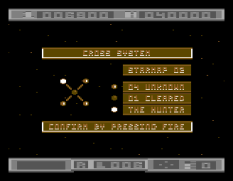 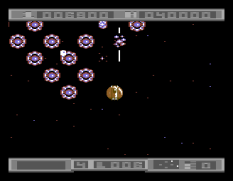 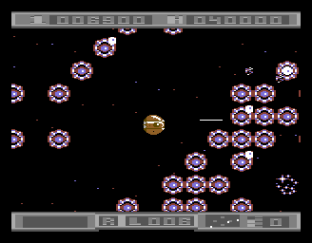 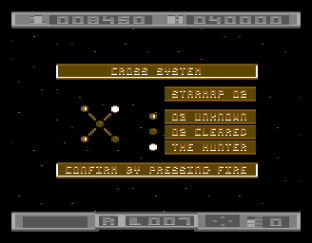 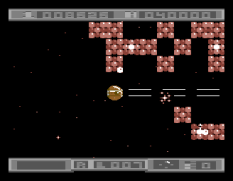 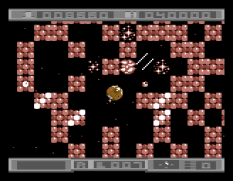 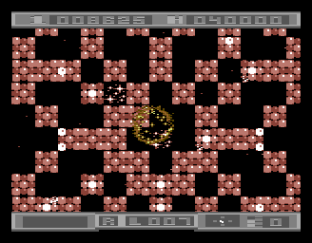