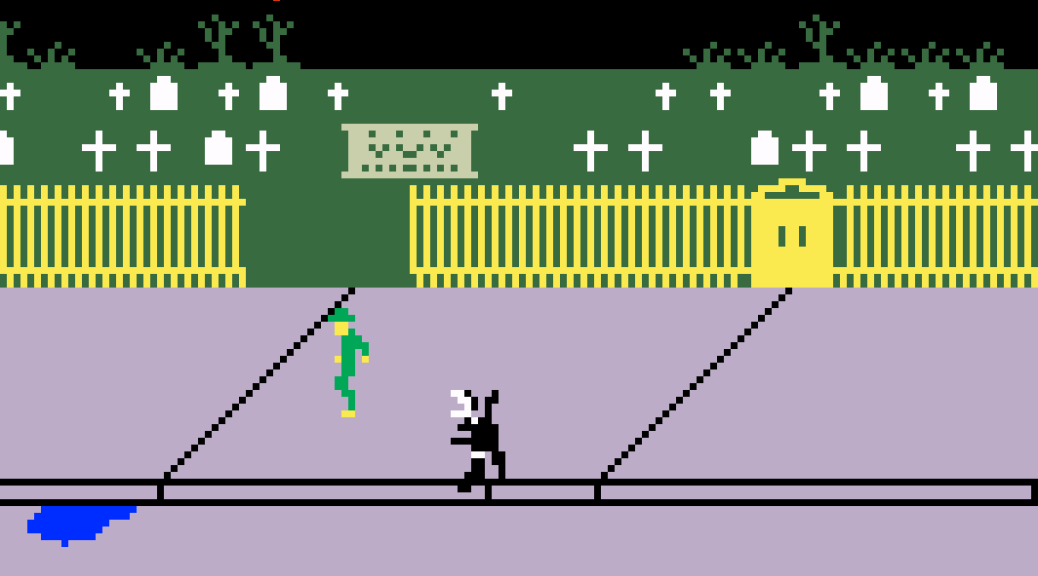 This 1983 release from Imagic is somewhat revered among Intellivision fans, because it is an original title, and because in it you play Dracula and must drink the blood of victims in order to survive for as long as possible.

The idea behind the game is interesting – getting to play the monster, rather than the monster-hunter. You’re a vampire, obviously, and start out at night. The aim is to patrol the streets, looking for victims. When you find one you must lunge at them with your teeth bared and a successful bite will net you a massive 50 points… If you can’t find any people on the streets the alternative is to flush someone out of their house and bite them. You have to bite a certain number of victims before you can return to the graveyard, which you must do before the sun comes up.

Dangers include patrolling policemen, and a chasing white wolf, both of which can be avoided by turning into a bat and flying away, but in doing so will trigger a ‘purple vulture’ to swoop down and try to take the bat. If the vulture succeeds: it’s game over, so it’s vitally important you outmanoeuvre it.

To keep the policemen away you can also bite victims and turn them into zombies. Using the second Intellivision controller you can move the zombie to chase the police away, which is funny. Unfortunately zombification only lasts for ten seconds though.

As a game, Dracula sounds more interesting to play than it actually is, but it does have its moments. Surviving into a second day is quite an achievement. 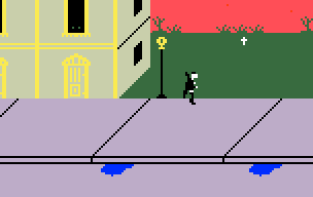 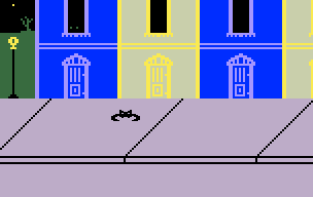 One thought on “Dracula, Intellivision”