This 1990 Atari ST conversion of the ZX Spectrum classic Highway Encounter I don’t think was ever commercially released, even though it was co-created by Costa Panayi, the guy who made the original.

Costa created some wonderful games for the Spectrum, and Highway Encounter was one of them. And it has been brilliantly converted to the ST (by Mark Haigh-Hutchinson, with graphics by Costa). This is no farmed-out-to-a-third-party hack job. This is the real thing.

The extra colours really add to the graphics (which are a work of pixel artistry – the use of colour is top notch), and the gameplay has been made more difficult, with more enemies on-screen (or at least it seems to me). Gameplay is pretty much identical to the original: guide a set of robots through hostile alien terrain to reach their mothership to plant a bomb and blow it up.

The version I played said “Demo Version” on the title screen, but the full game was all there, including the ending.

Most likely Costa created this ST conversion as an exercise or pitch for Vortex Software; he then tried to sell it to publishers; no one bit, so he later gave it away free on the web. I’m guessing. It’s great that a version of Highway Encounter exists at all on 16-bit machines.

If you like Highway Encounter, or want to play the classic games of Costa Panayi, or just like shooty puzzle games, then this Speccy/ST conversion is well worth a look. 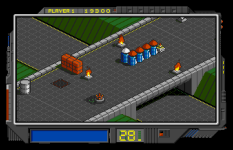 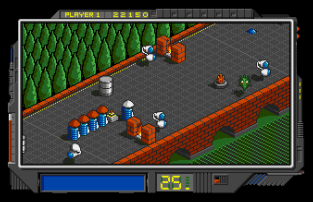 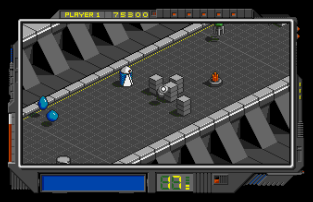 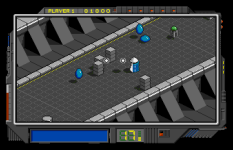 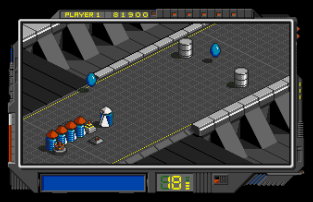 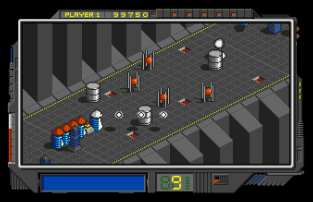 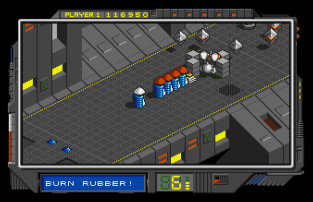