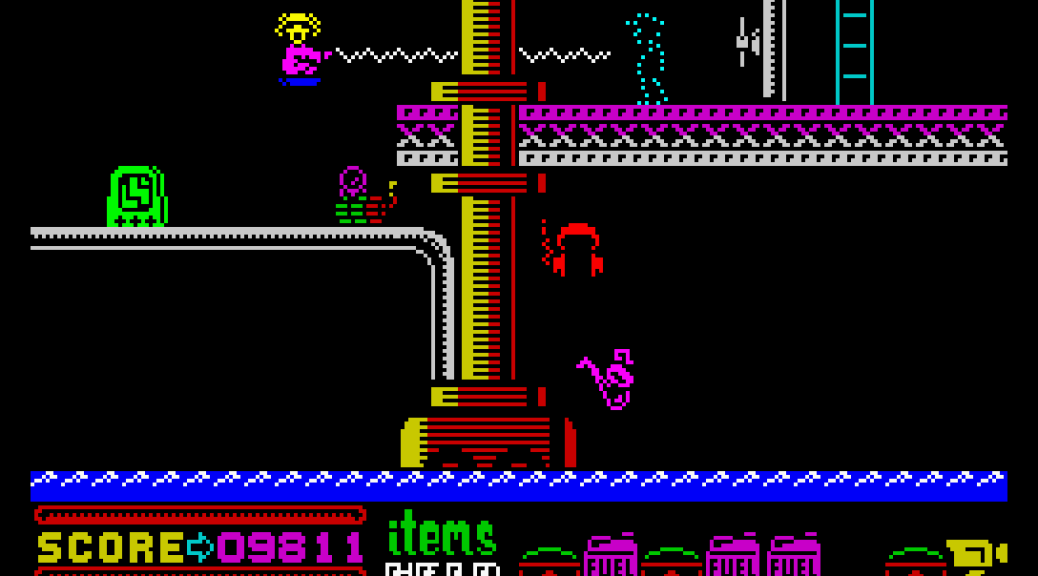 The sequel to the hit platform game Dynamite Dan, Dynamite Dan II: Dr. Blitzen and the Island of Arcanum is more than just a cheeky update of the first game – it is much bigger, much more involving, and much, much more varied.

Of course all the best bits of Dynamite Dan are present: the clever, colourful graphics; the lifts; the tricky platforming puzzles; the strange jumping style; the humour. In this second game, though, there are six different islands to explore, each with its own graphical style.

As Dan you have to search all the rooms looking for bombs, which you use to blow open doors to new areas. One random element new to the game is the ubiquitous Dr. Blitzen, who floats around and can zap Dan making him sleepwalk for a short time. Dan can avoid this by picking up and wearing special sunglasses.

Dynamite Dan II was written by Rod Bowkett for Mirrorsoft and was first published in 1986. How Bowkett managed to fit this game into just 48K is anyone’s guess. A shoehorn? 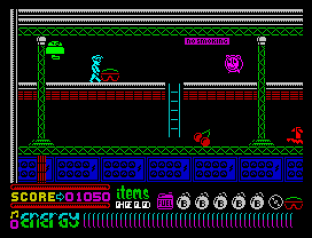 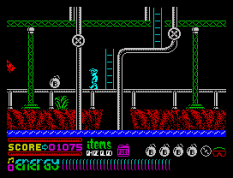 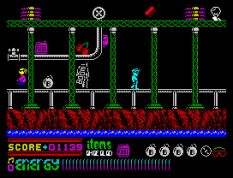 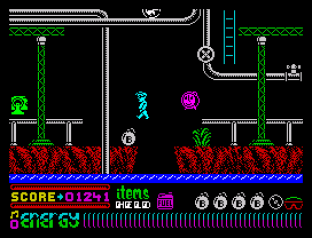 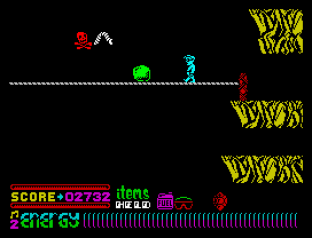 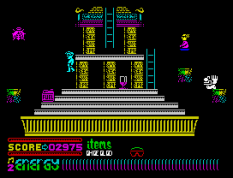 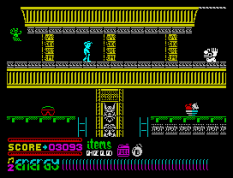 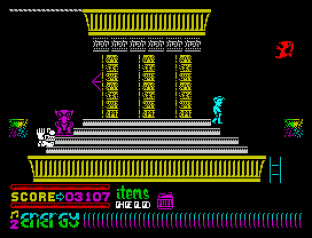 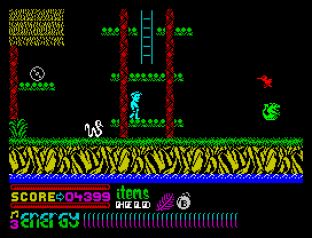 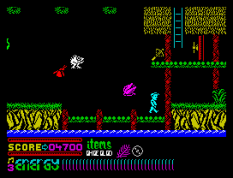 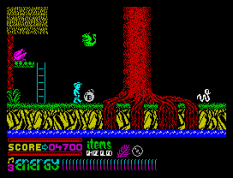 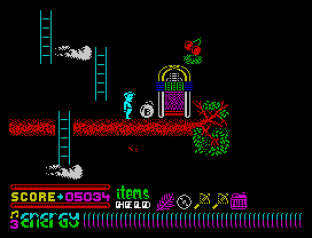 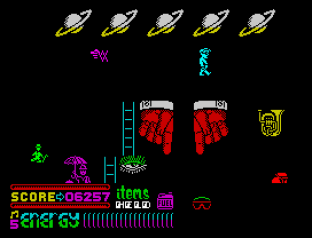 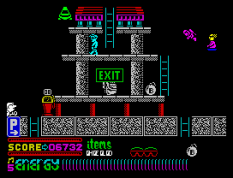 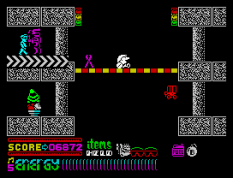 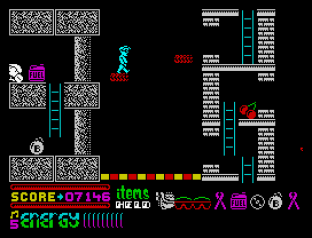 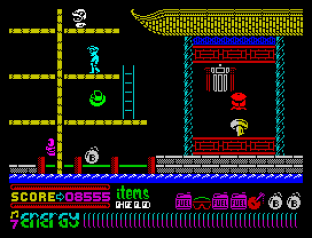 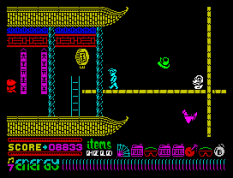 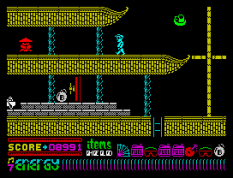 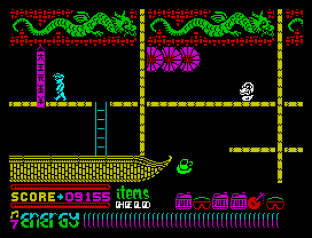 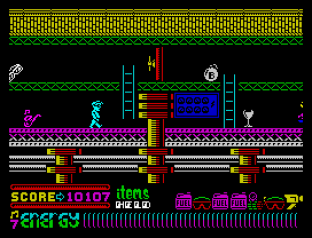 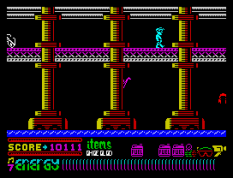 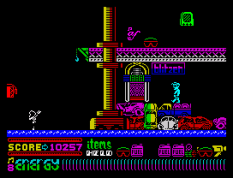 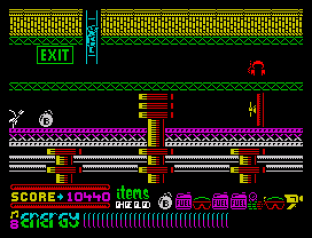