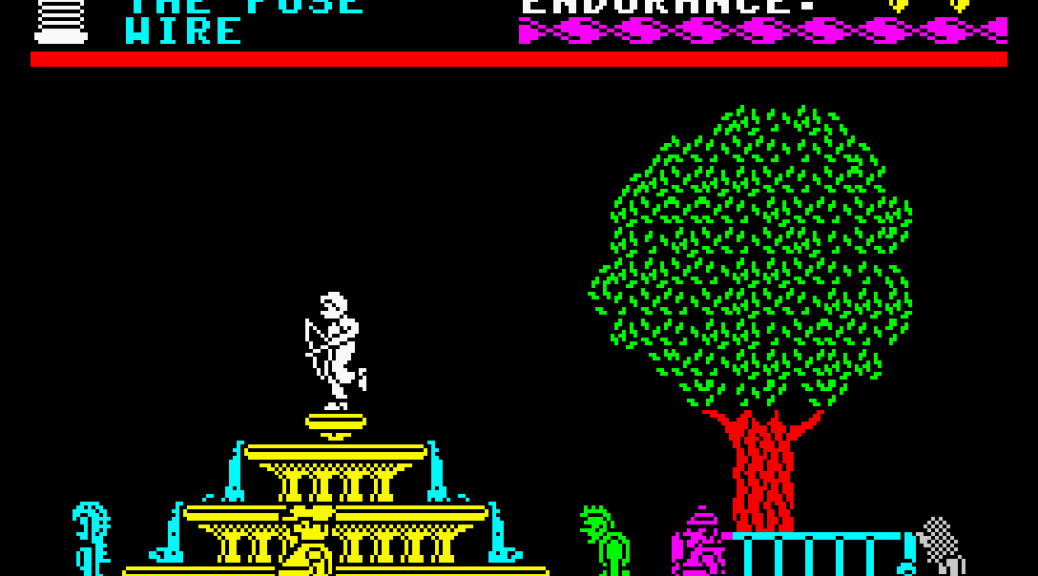 The unique thing about Everyone’s A Wally is that you can switch between five different characters and go about your adventuring business – two years before Maniac Mansion.

There’s big, yellow, colour-clashing Wally Week himself, who you start as. There’s Wilma, Wally’s cyan wife. And their friends Tom (the green punk), Dick (a magenta plumber) and Harry (a grey hippy electrician).

The aim of the game is to do a full day’s work for each character by picking up objects and solving puzzles. I don’t know about that. Seems like much too hard work for my liking…

Everyone’s A Wally even came with a promotional single by Mike Berry upon release. It might have even charted.

The game is well-remembered though, if a little bit archaic by today’s standards. The graphics and characterisation are pretty classic though.

More: Everyone’s A Wally on Wikipedia 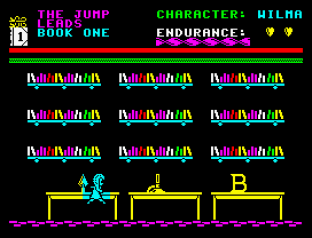 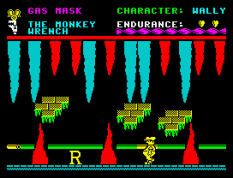 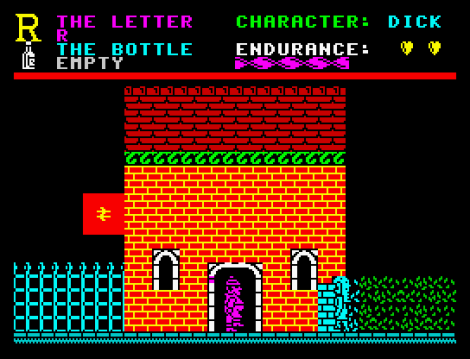