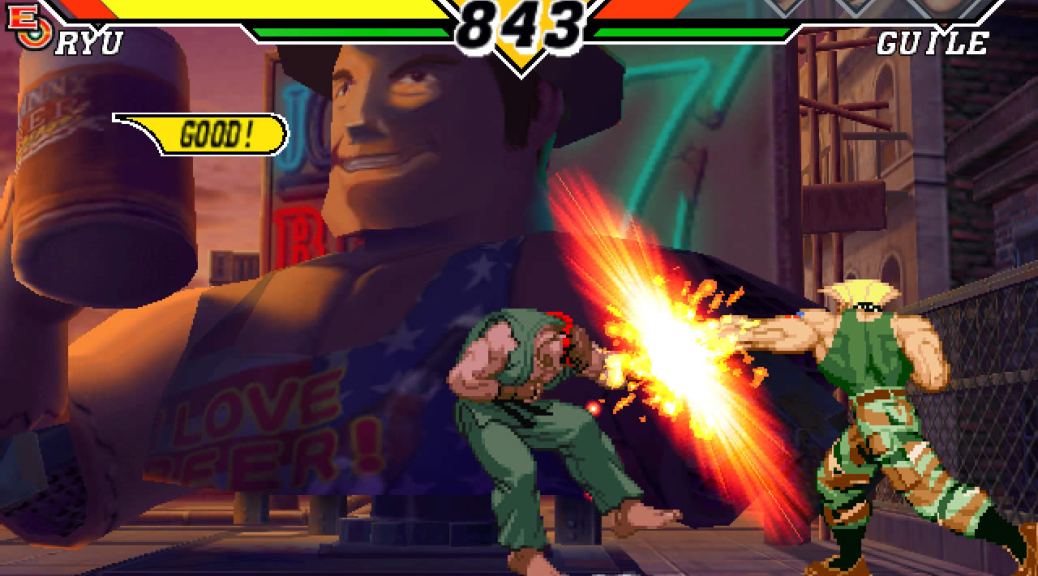 The “EO” part of Capcom vs. SNK 2 EO means: “Easy Operation”. Basically, this is the same game as the classic arcade beat ’em up of 2001, but with controls better suited to a gamepad. So, rather than hitting buttons to perform special attacks, you can now move the right analogue stick in a certain direction to activate them instead.

In total there are 48 playable characters. Most of whom come from the infamous Street Fighter and King of Fighters series from Capcom and SNK respectively.

Game play is based on the six-button Street Fighter series, but with special “grooves” that can change the fighting style. These grooves are chosen before a match and affect everything from special techniques to guard cancels. So can be important.

The 2003 XBox version (shown here) had online multiplayer for up to two players via XBox Live, and also had progressive scan display support (480p).

Fighting game fans will want to own and play this brilliant Capcom game. 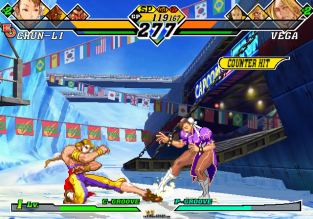 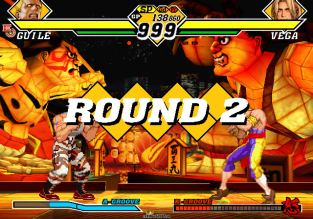 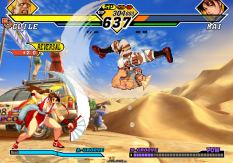 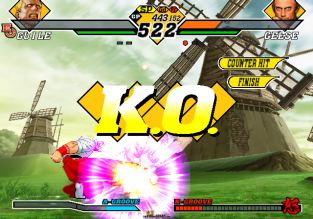 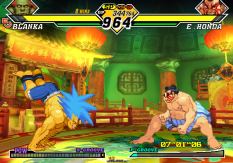 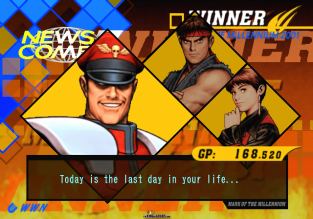 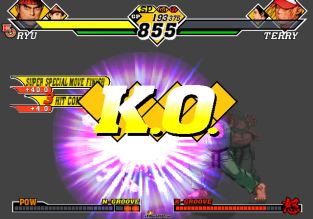 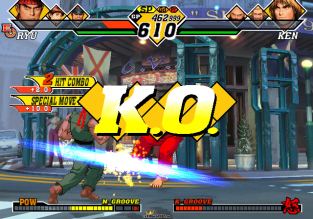 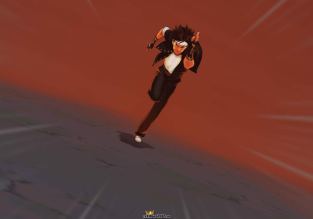