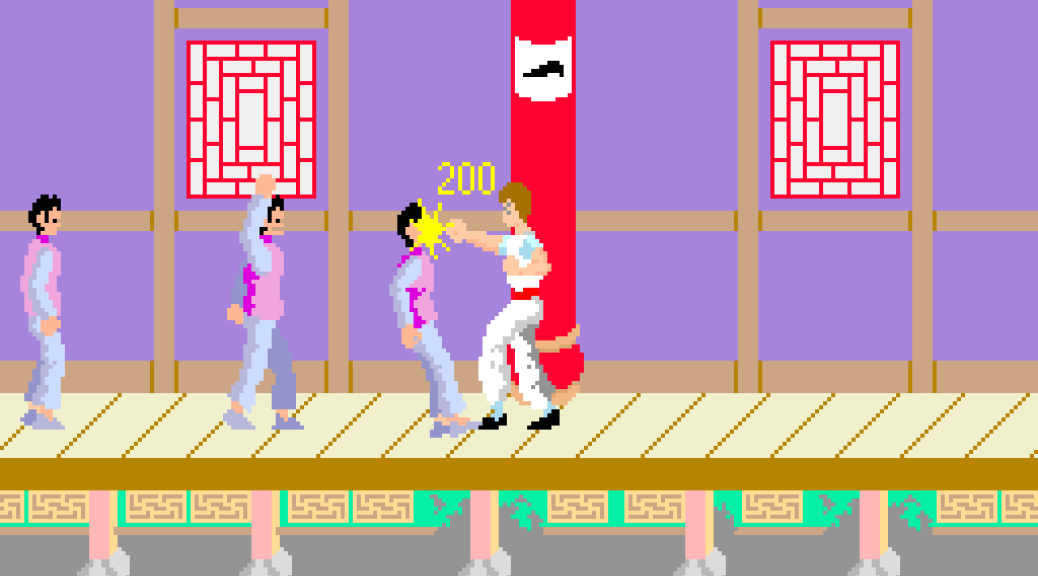 Irem‘s Kung-Fu Master is a brilliant side-scrolling beat ’em up from the video game arcades of 1984. And it has lost little of its appeal over the years, because Kung-Fu Master is precise, violent and fun. Not to mention a huge challenge.

Kung-Fu Master was produced for Irem by Takashi Nishiyama, who also created Irem‘s 1982 arcade-hit Moon Patrol, and later designed the original 1987 Street Fighter at Capcom, before leaving to run SNK‘s videogame development division and create the Neo Geo. Nishiyama could be called the ‘Father of the Fighting Game’, such is his pedigree, and this game is one of his early successes.

Interesting side note: Kung-Fu Master was originally based on Bruce Lee‘s 1972 movie Game of Death, with the five-level Devil’s Temple reflecting that movie’s setting of a five-level pagoda with a martial arts master in each level. However, the title was changed during development to make it a tie-in to Jackie Chan‘s film, Spartan X (aka Wheels on Meals, 1984). 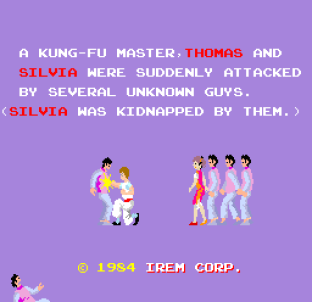 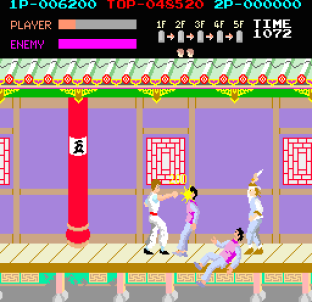 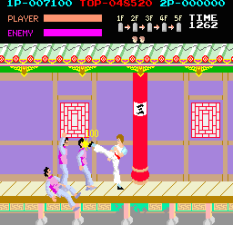 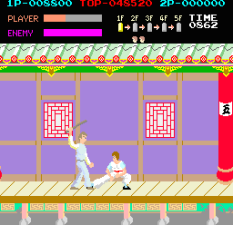 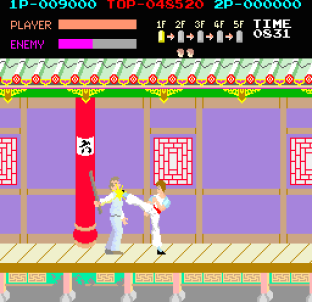 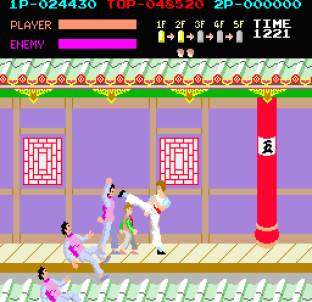 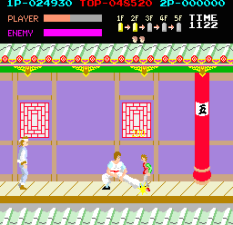 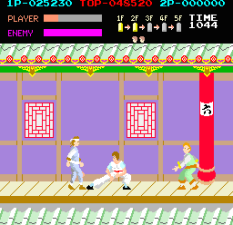 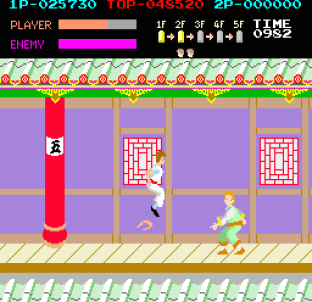 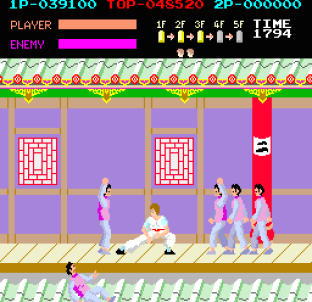 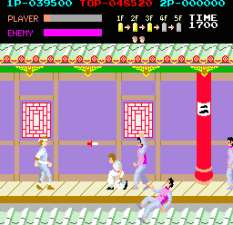 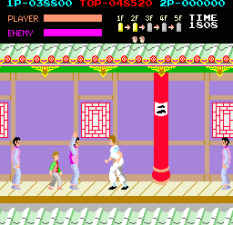 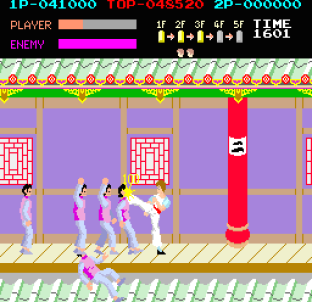 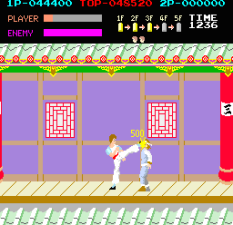 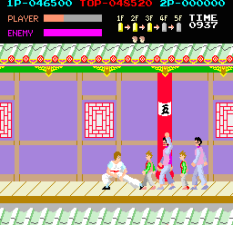