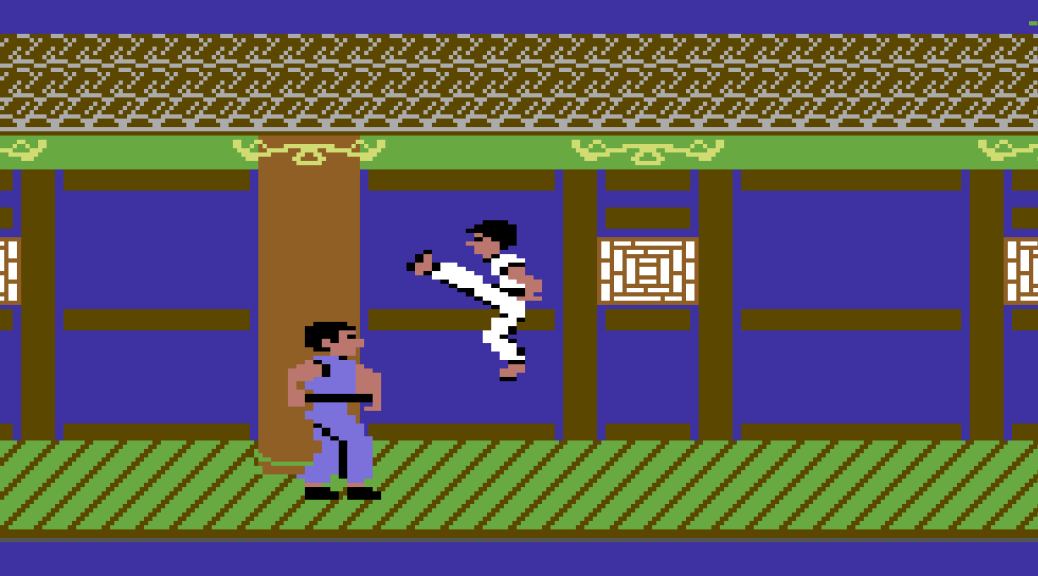 The Commodore 64 conversion of the classic arcade game, Kung-Fu Master, is not too bad. It is certainly better than the awful Spectrum version.

It was converted by Berkeley Softworks who managed to retain most of the features of the famous arcade game in one 64K load, although it has to be said that the animated figures in the game all look very chunky.

Playability-wise, C64 Kung-Fu Master is a little sluggish control wise. I kept getting grabbed when I felt I’d punched or kicked in time… But that’s 8-bit gaming for you… Never the speed when you need it… Also: you have to switch between punches and kicks by pressing the space bar, which is highly unsatisfactory. This is basically a symptom of the one-button joysticks that were standard on home computers at the time.

Overall – if you can live with the space bar issue – this is about as good a conversion as you could expect on a C64 in 1985. I bet someone could homebrew a better conversion now, though… 🙂 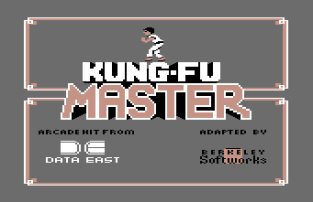 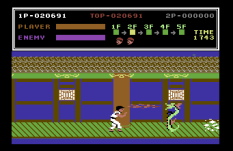 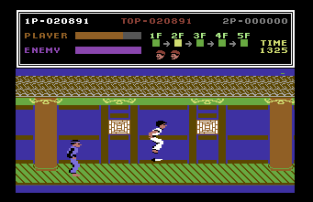 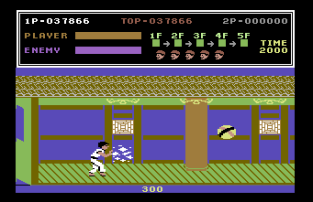 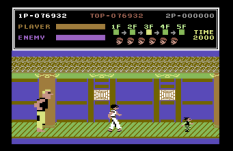 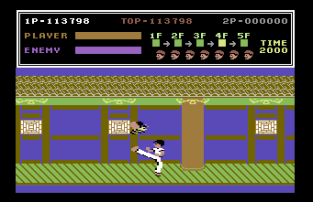