This exciting-looking Star Wars game was first released in arcades in 1993, then released for the Sega Megadrive/Genesis 32X in 1994. It was a launch title for the 32X add-on peripheral.

Graphically Star Wars Arcade was mind-blowing at the time, although the on-rails style gameplay made it repetitive quickly.

Note: not be confused with the famous Atari Star Wars arcade game, which has a similar title. 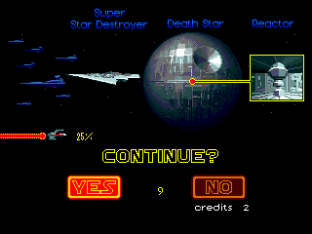 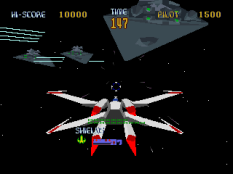