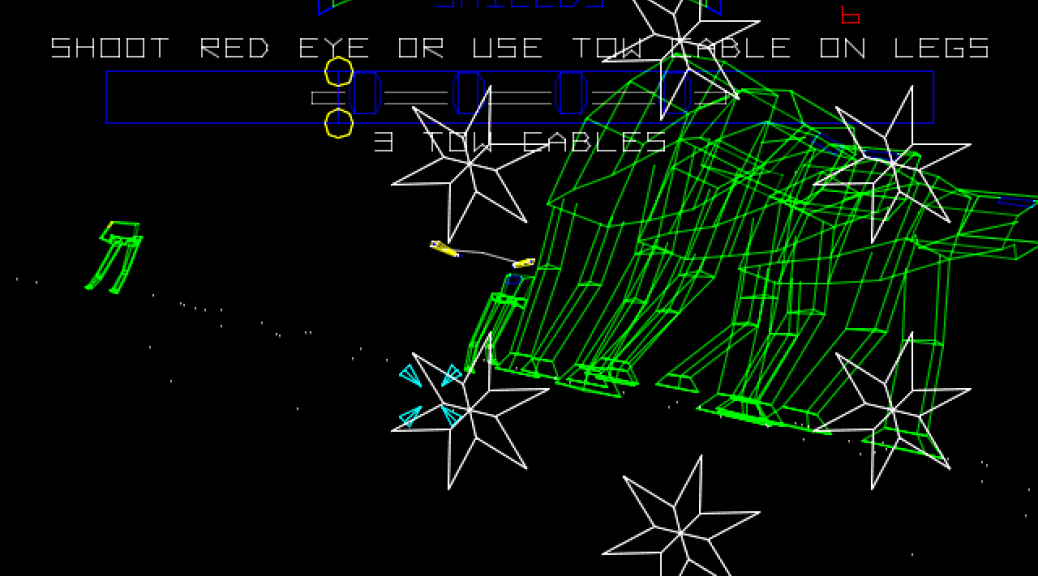 Star Wars: The Empire Strikes Back is the sequel to the timeless Atari, Inc. shooter, Star Wars, and it was first released into arcades in 1985. It is, of course, based on the classic 1980 film of the same name.

The game is split into two halves, the first half starting with a fight against Imperial probots, trying stop them transmitting back to base by shooting their signals, then an exciting (and much anticipated) battle with the hulking Imperial walkers on Hoth. In your rebel snowspeeder you must use your tow cable to bring them down while at the same time shooting their incoming fire. There are some very cool two-legged scout walkers in the battle too, which you also have to fight off.

The second half of the game sees you piloting the Millennium Falcon as Han Solo, having space battles with TIE Fighters. You have shoot a certain number of TIE Fighters to earn Jedi letters and once you’ve collected them all you must then survive to the end of an asteroid field stage. Once you’ve completed that the game cycles over with a harder difficulty.

Other than wishing it had a few more extra stages, there’s not a lot to fault about this classic old arcade game.

More: Star Wars: The Empire Strikes Back on Wikipedia 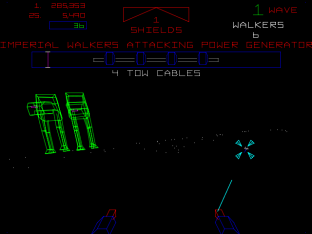 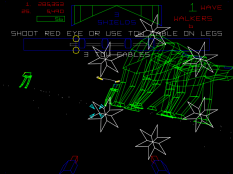 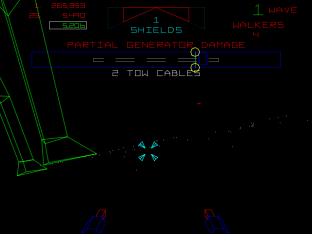 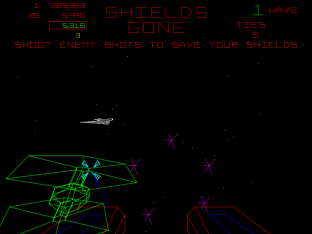 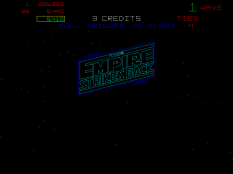 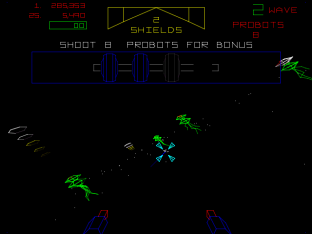 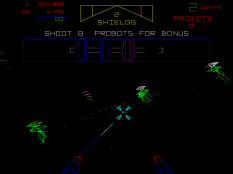 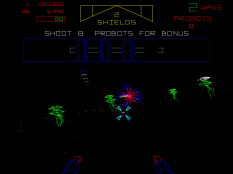 One thought on “Star Wars: The Empire Strikes Back, Arcade”