Shantae is a great little platform adventure game, made for the Nintendo Game Boy Color and released by Capcom in 2002.

The main character is a female, half-genie swashbuckler, called Shantae, and is up against the pirate Risky and his band of cack-handed shipmates.

Shantae is a characterful platform adventure with light RPG elements. You can collect money to buy stuff, and train your abilities to become more effective. Shantae‘s main weapon is her hair, which you can flick at enemies. Shantae can also dance. And new dances can be earned by defeating dungeon bosses. Actually, it’s not a bad as it sounds… The dancing element is a cool, mini rhythm game.

Overall: Shantae is an original take on the “Metroidvania” idea.

This game spawned a number of sequels. So plenty of people out there like Shantae. Myself included! 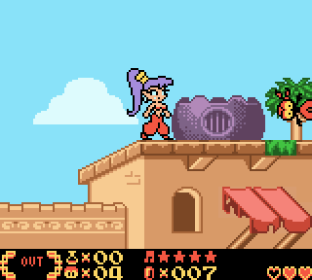 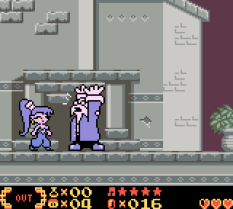 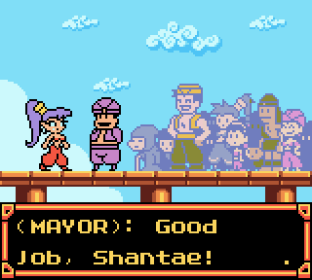 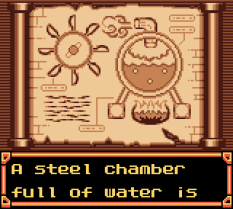 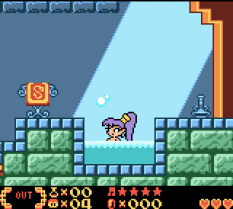 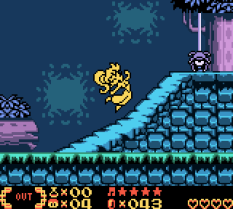 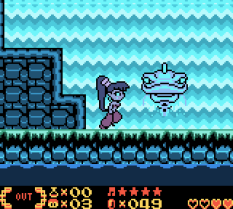 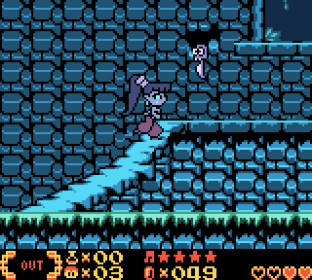 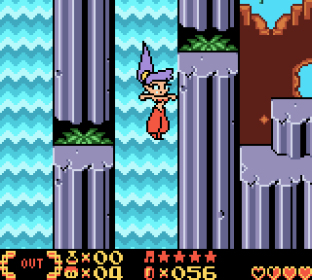 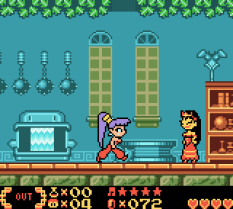 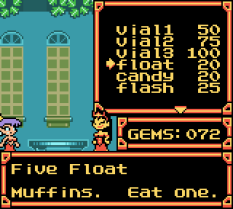 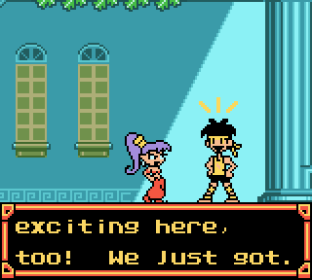