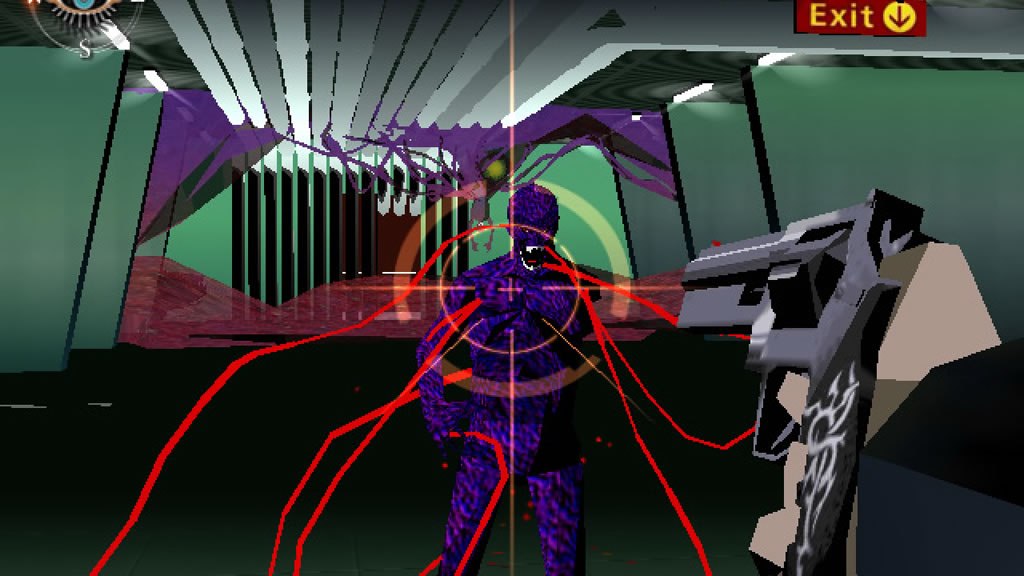 Killer7 – it has to be said – is possibly THE weirdest game of all time.

Part first-person shooter; part on-rails shooter. A full-on nightmare of strange characters, both playable and not.

Bizarre monsters, called “Smiles”, that approach you invisibly, before revealing themselves in a screech of laughter. A power-up system that collects the blood of your fallen foes. Unconventional boss battles…

Killer7 is relentless in its determination to weird you out. Hell, even the tutorial guy is dressed in a gimp suit and hanging from the ceiling…

Definitely an acquired taste, Killer7 is, although the game’s creators – Grasshopper Manufacture – must be applauded for trying something different to the norm.

Killer7 was released for both the PS2 and the Nintendo GameCube in 2005. It was developed by Grasshopper Manufacture and published by Capcom. These grabs are from the PS2 version. 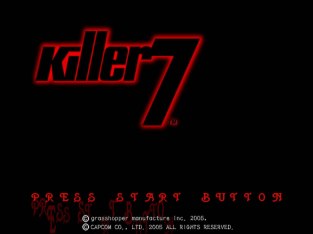 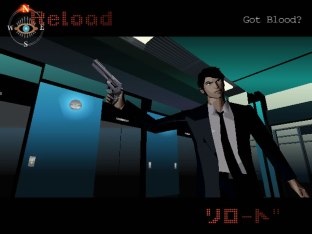 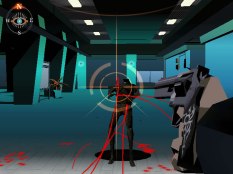 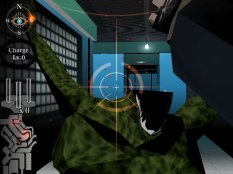 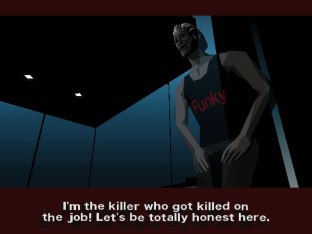 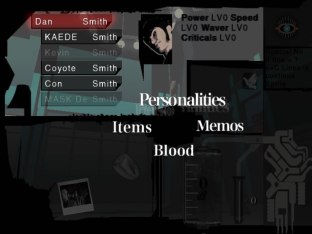 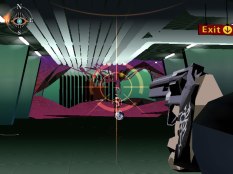 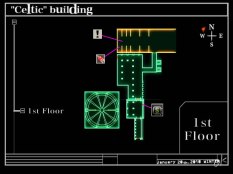 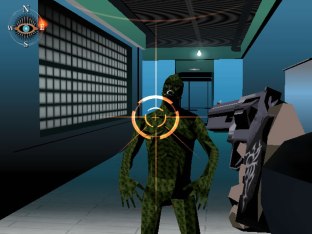 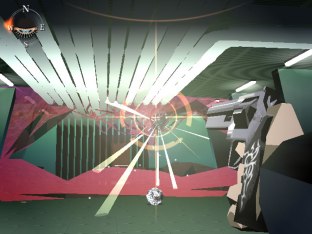 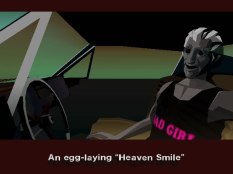 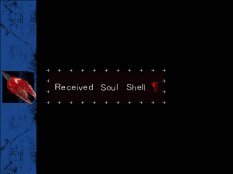 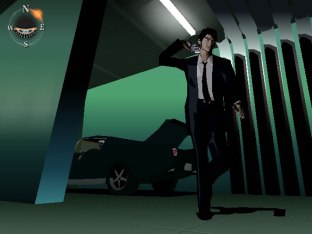 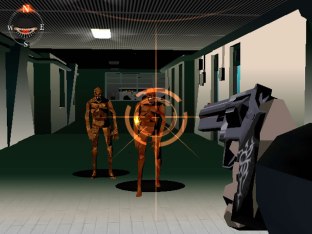 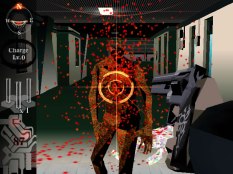 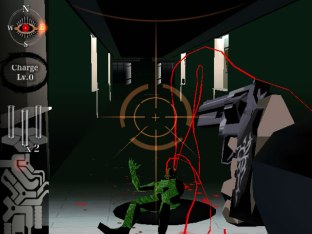