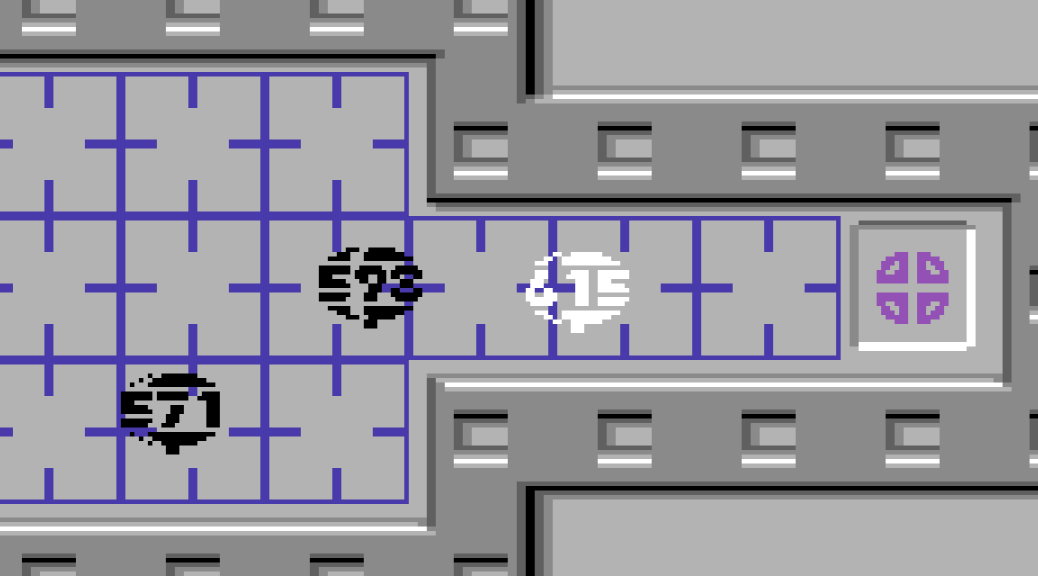 Paradroid Metal Edition is a suped-up version of Paradroid with faster scrolling and more responsive controls.

The new metal graphics are also great in Paradroid Metal Edition – no doubting that – and the extra speed and frame rate makes for a smoother Paradroid to play.

Paradroid really is a game you can pick up and delve into for an hour or so, playing a robot version of “little fish eat big fish”… The idea being: you’re a little robot and have to fight your way up to big robot, and clear a big spaceship of other robots… The tension and atmosphere are palpable. The game mechanics are simple and beautiful.

Paradroid is not considered an all-time classic for no reason, and if you’ve never played it, you have never lived!

And if you have beaten it, then you are among an elite group of retro gamers that is growing all the time…

The original Paradroid was first released by Hewson Consultants in 1985, and this Metal Edition was released a year later in 1986. 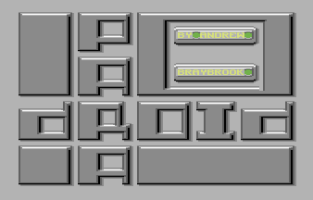