Far Cry is one of the greatest first-person shooters ever made. Sure: it looks a little simplistic now, but at the time of release (2004) it was a revelation.

What was so good about it was: the jungle environment (it felt so alive); the AI of the single-player opponents (even on the easier skill levels they were a challenge to beat); the vehicles (boats and jeeps are so much fun), and the weapons and combat options. Not only that, but the melding of modern combat with sci-fi and horror elements in the story made the game stand out from the rest. And indeed: the game spawned a number of successful sequels, and also made a name for developer Crytek too.

These screenshots I took in my first playthrough, way back in 2004. At the time I was living in the United States and bought the game to play while I was there. It came on four (or maybe five) CDs. Pretty sure I played it all the way to the end as well. And, typing this, I feel like I want to go back to it. Is it on Steam? Yes it is. Mmmm…

Update: I did go back to it, and – wow – Far Cry is still incredible! Here’s a new set of screenshots to remind us of that fact. 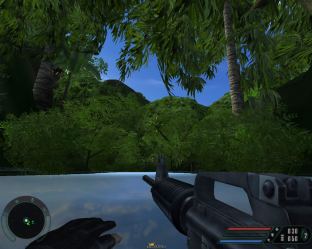 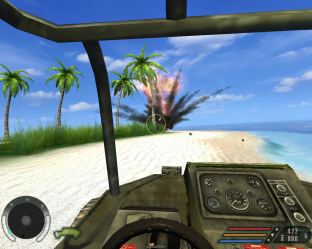 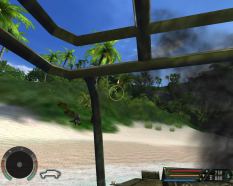 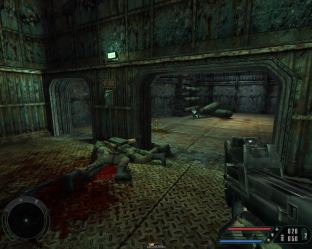 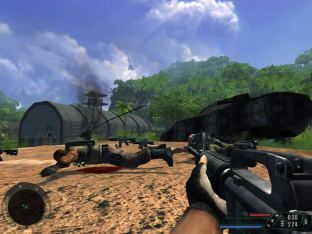 Relax, he was just a bad guy. It was him or me.

Shooting at the fence won’t do much good, but at least they can’t drive through it.

What the hell is this thing? The shape of enemies to come, I think.

Wow, these things are tough!

Driving a jeep at night is so atmospheric slash romantic.

In the middle of an intense battle. This guy is a mean son of a fruitbat.

Putting the tactical binoculars to some use.

One thought on “Far Cry, PC”