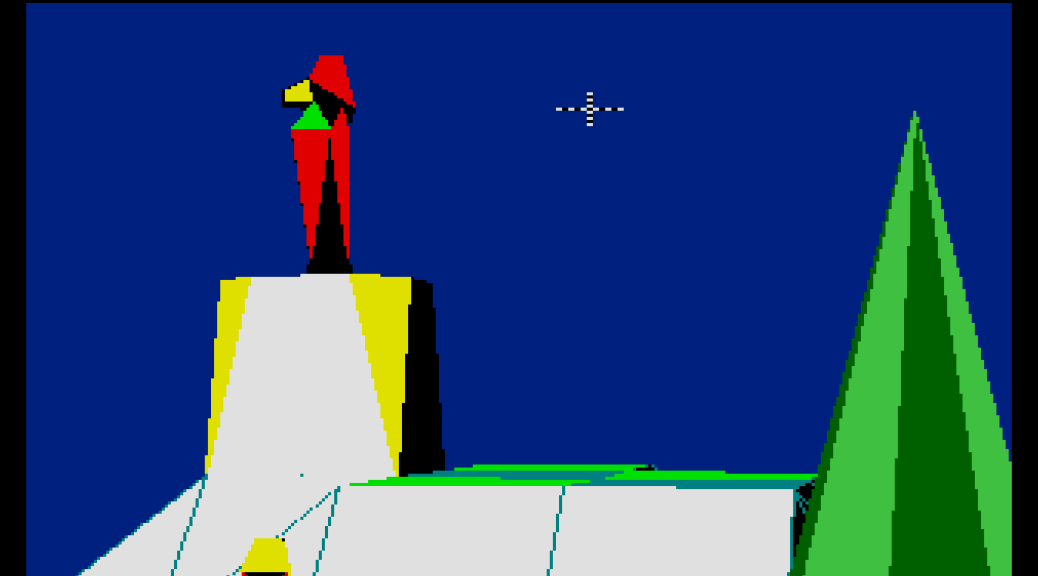 I keep banging on about Geoff Crammond‘s The Sentinel and will probably continue to do so until I’ve written about every version available. 🙂

END_OF_DOCUMENT_TOKEN_TO_BE_REPLACED

Designed by the same guy who created Tetris (Alexey Pajitnov), Knight Move is a weird kind of puzzle game, with a bouncing chess piece knight who can only move in that funny ‘L’ shape that a knight moves in a real game of chess.

The knight must collect hearts by landing on top of them on the same square on the board.

END_OF_DOCUMENT_TOKEN_TO_BE_REPLACED

Geoff Crammond‘s The Sentinel is a strange chess-like game where you have to sneak up on an overseeing Sentinel, who is perched high on a platform, overlooking the play area.

To move you must be able to see the top of the space on the checkerboard landscape that you want to move to. And to be able to see the higher areas of ground you must absorb trees and move boulders, which you can then stack and stand on to raise yourself higher.

The ever-present risk is that you must avoid the gaze of the rotating Sentinel itself (possible by hiding behind the landscape), and its deputies (there are other sentries dotted around on some levels).

The Sentinel was a critical success when it was first released in 1986, and is seen as a classic now.

Definitely one to check out if you like games that require some thought.

More: The Sentinel on Wikipedia 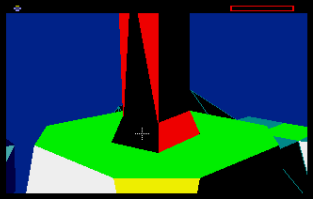 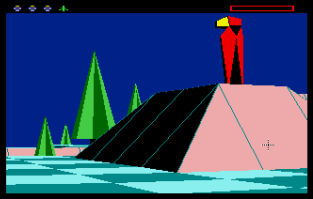 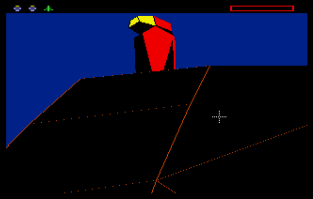 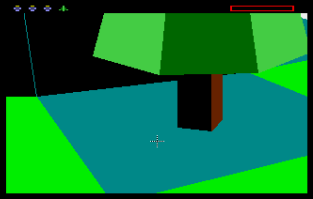 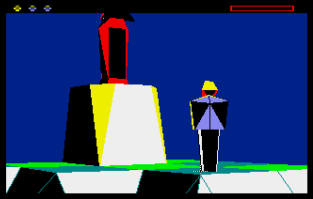