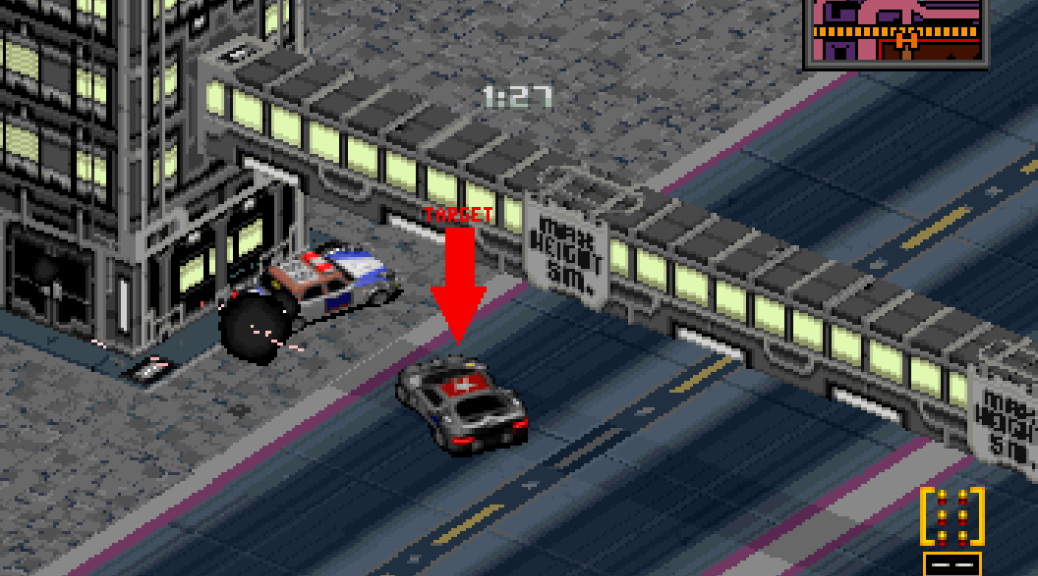 Released as a Sega Saturn exclusive by Eidos Interactive in 1996, CrimeWave is a vehicular combat game where the player must chase down criminal cars and destroy them with a variety of weapons, within a set time limit.

CrimeWave came out before the original Grand Theft Auto (which came out a year later, in 1997), which may surprise some people since they do have obvious similarities. Rather than having a locked overhead view, though, CrimeWave‘s camera rotates around the car, depending on the direction it’s travelling.

The basic aim of the game is to chase and destroy enemy vehicles, and this is done by following an arrow that points in the direction of the criminals, and then blasting them with front and rear-mounted weapons. This is easier said than done, though, as it takes a while to get used to the controls. There are also rival cops who will attack you if you get in their way, and later even offensive rocket launcher emplacements and mines, which make it more difficult to survive.

When you destroy an enemy vehicle you are awarded a cash bonus and must accrue a target amount to open the gate to the next area. Destroyed enemies will also drop power-ups that give you enhanced weapons, fix the damage to your car, and give you more fuel, which helps keep the ball rolling as you move through the various different areas. If you destroy an innocent car you get penalised a small amount of cash as a deterrent.

Graphically, CrimeWave is pretty amazing for its time. The rotating cityscapes, buildings, roads, and other vehicles are all detailed, colourful and well-drawn. Gameplay-wise it is a fun game to play, although the controls are sensitive and it is easy to over-steer and crash, especially as you’re supposed to stay in lane to avoid crashing into oncoming traffic.

There are lots of nice touches in CrimeWave, that make it a joy to play, like driving around the various sports stadiums (and even ‘kicking’ the ball, which is usually found in the centre circle); leaving skidmarks on the roads; the barriers and cones that you can barge through; the ambulances that zoom around crazily; or the rows of suburban terraced houses (which are very British).

After some initial frustration I did manage to get into CrimeWave and enjoyed playing it. It’s a simple game with good presentation (discounting the hideously dated CGI intro); it shows off the power of the Sega Saturn rather well and is a unique game on the system. 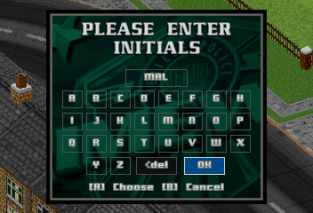 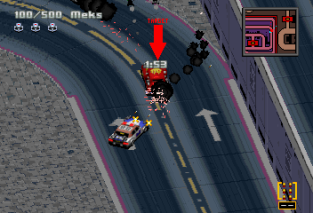 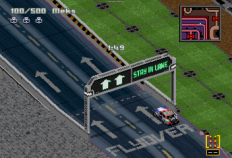 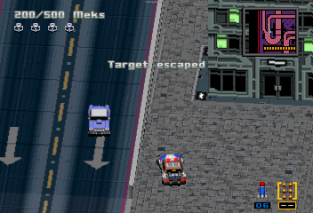 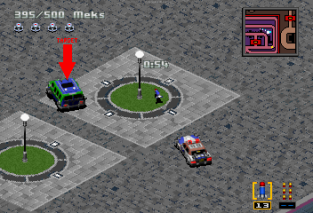 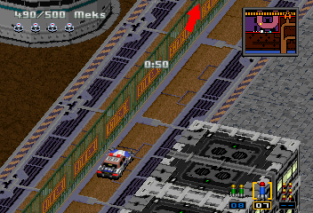 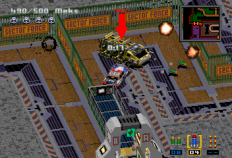 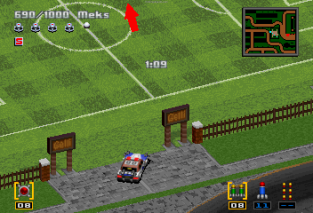 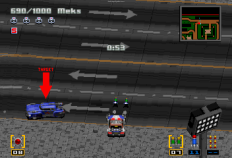 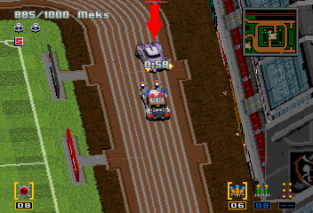 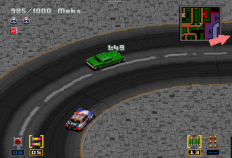 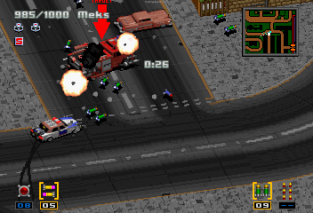 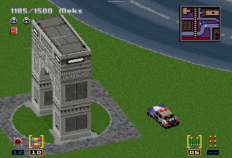 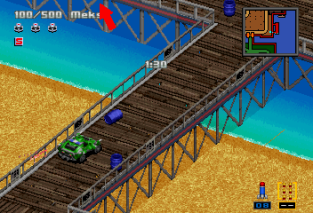 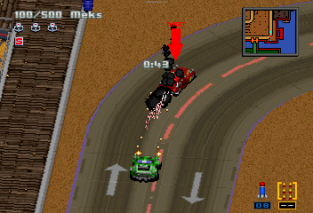 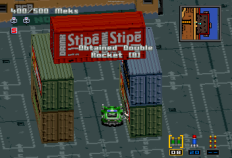 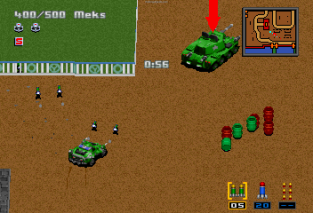