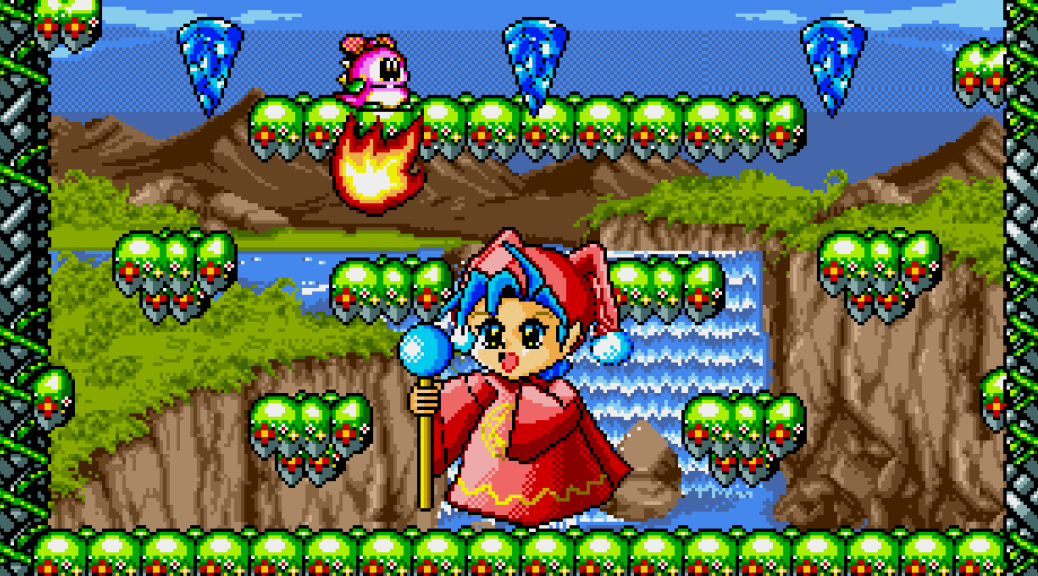 Super Bubble Bobble MD is a bootleg Megadrive/Genesis game that was probably created to fill a gap in the market because Bubble Bobble was never officially released on the platform.

Not much is known about the game, other than it first came out in 1995. It has been alleged by people online that Super Bubble Bobble was developed by a Taiwanese company, called Gamtec. But honestly: I don’t know anything about that.

The gameplay in Super Bubble Bobble is more like the arcade version of Bubble Bobble 2 than the original Bubble Bobble. The game is divided into ten worlds, with five levels in each world and a boss battle after the fifth stage. Four playable characters are selectable at the beginning of the game: Bub, Peb, Crayon Shin-Chan, and Doraemon the cat.

During play you can hold down the button used for shooting bubbles to inflate Bub or Peb like balloons which floats them higher. I think this is because you can’t blow bubbles, then jump on them, like in Bubble Bobble. Crayon Shin-Chan uses some sort of green helmet to float upwards, and Doraemon uses a helicopter blade on his head. You can even float characters up out of the top of the screen where they will then appear at the bottom again, which is handy (and even required) in some situations.

Other fundamental differences to Bubble Bobble include: much faster fall rates (as in: characters fall downwards much faster than in Bubble Bobble); once caught in bubbles enemies don’t emerge from them after a certain amount of time – they just remain inside them, and characters stop in mid air when blowing bubbles (can be used to your advantage if jumping to avoid horizontal hazards). Collision detection is also pretty suspect in this game – it has to be said. Especially during boss battles.

Boss battles usually involve collecting a bottle that gives each character a special kind of bubble that will deal damage to the boss. Regular bubbles don’t have any effect, and touching the boss or any of their projectiles usually ends in the loss of a life. The first boss is pretty easy; the second boss quite difficult, and the third boss pretty much impossible. No idea what they’re like after that because I gave up playing. Fairness is not high on Super Bubble Bobble‘s priority list.

Super Bubble Bobble – not being authorised by Taito – lacks authenticity, but it is reasonably enjoyable to play for a short while and is an interesting curiosity on the Megadrive. It also has a simultaneous two-player mode, which is nice. Special mention has to go to the music, which is a weird variation of the original Bubble Bobble theme. It’s quite funny hearing it for the first time because it sounds familiar, but is different enough to make you go “what the hell is that?!”

Interestingly, an arcade version of Super Bubble Bobble appeared in 1996 and is a variant of this game. It features the same levels and graphics, and apparently runs on modified Sega Megadrive hardware inside a full-size cabinet. I’ve never seen one myself but some people swear it exists. I’ll give them the benefit of the doubt. In the world of bizarre bootleg games: anything can happen…

Finally: the Megadrive ROM dump for this game has protection that keeps it from running in most emulators. This can be bypassed with the Game Genie code 0123E4:602A (you’ll need to reset after activating for the code to take effect). A bootleg game with anti-piracy protection… Now I’ve seen it all… 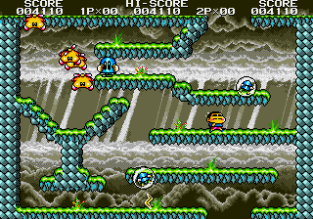 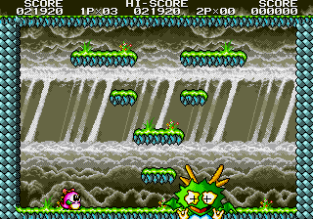 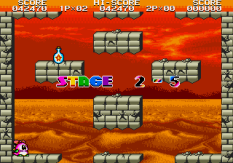 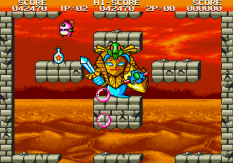 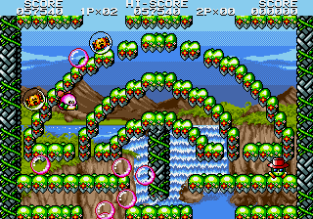 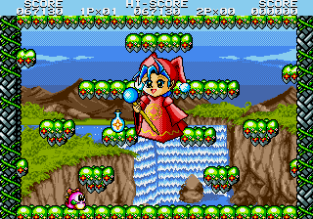 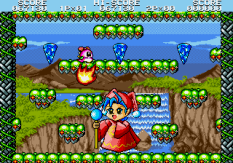 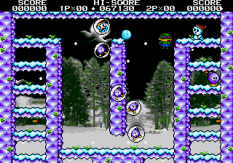 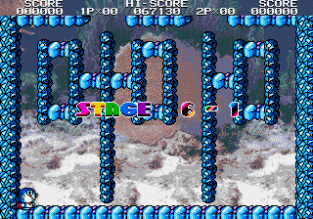 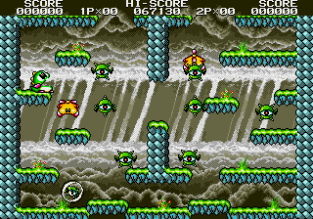