Developed and published by Ocean Software and licensed from the 1986 Oliver Stone film of the same name, Platoon on the Commodore 64 managed to win over gamers and critics, back in 1987 when it was first released, with its atmospheric and varied gameplay.

First you must navigate through a maze in a side-scrolling jungle, shooting enemy to survive.

Then go exploring the underground tunnels of the Viet Cong. I say “go exploring” but what I really mean is: “fucking shit yourself in”, because they’re swarming with enemy and you have to be a quick shot to make it through alive.

Next there’s another outdoor jungle shooting gallery section, only this time at night, with flares illuminating the skies and trees (just like in the film) and looking very atmospheric indeed.

Finally there’s a third-person action/shooting sequence, similar in some ways to Cabal (arcade game by Konami), leading up to an anticlimactic boss battle with a… bunker. After that it’s escape. By helicopter. Leaving Elias behind again…

Decent music from Jonathan Dunn – Platoon was a pretty good home computer-gaming achievement for the time. 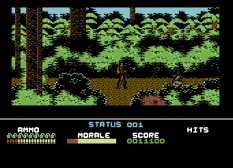 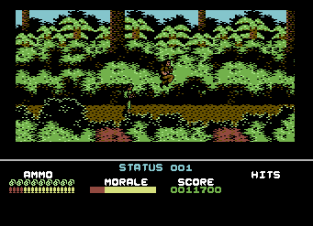 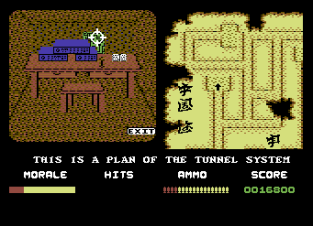 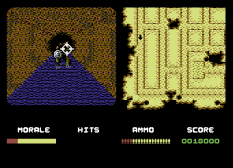 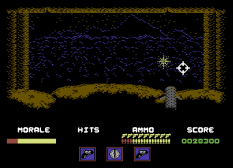 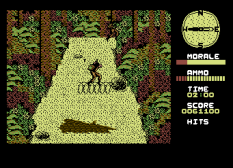 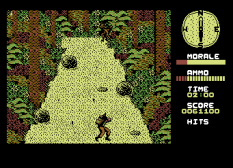 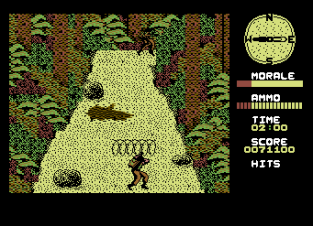