Raid Over Moscow was a controversial release for Access Software in 1984. The game depicts a fictional nuclear war scenario between the USA and Russia and involves US forces fending off nuclear attacks, then flying into the Russian capital to attack what is supposed to be The Kremlin.

Like most of Access‘s early output Raid Over Moscow is an interesting, playable, and beautifully-programmed action game that is broken down into distinct stages. Firstly there’s take off, which involves piloting a “spaceplane” (their word, not mine) out of a hangar and towards Russia. Secondly, there’s a side-scrolling, isometric shoot ’em up section that plays similarly to Zaxxon, in that you increase/decrease altitude and move left and right to avoid obstacles while at the same time blasting anything that gets in front of you. Eventually you land and then have to take out the troops guarding the gate to the city. Reach the final stage and you then have to destroy a series of robots protecting the reactor underneath the Soviet “Defence Center” (actually the State Historical Museum), and you must do this within a strict two minute time limit.

In spite of the questionably propagandist scenario (Raid Over Moscow was made during the Cold War which kind of explains the thinking), this is still an excellent game. It presents a decent challenge and is extremely well-produced. And it still plays great to this day.

Later re-releases saw the title changed to simply “Raid“, with all references to Moscow being dropped.

More: Raid Over Moscow on Wikipedia 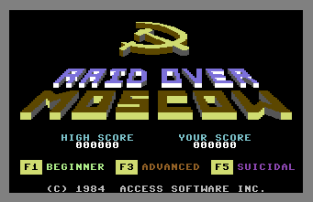 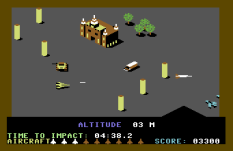 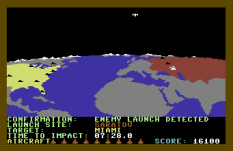 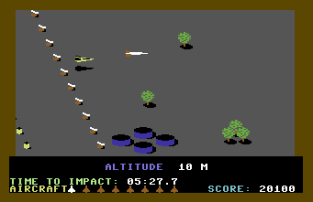 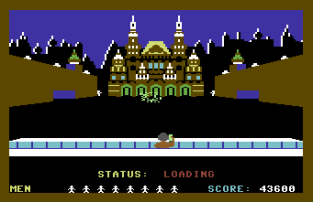